Algerians take stability over change (and who can blame them?) 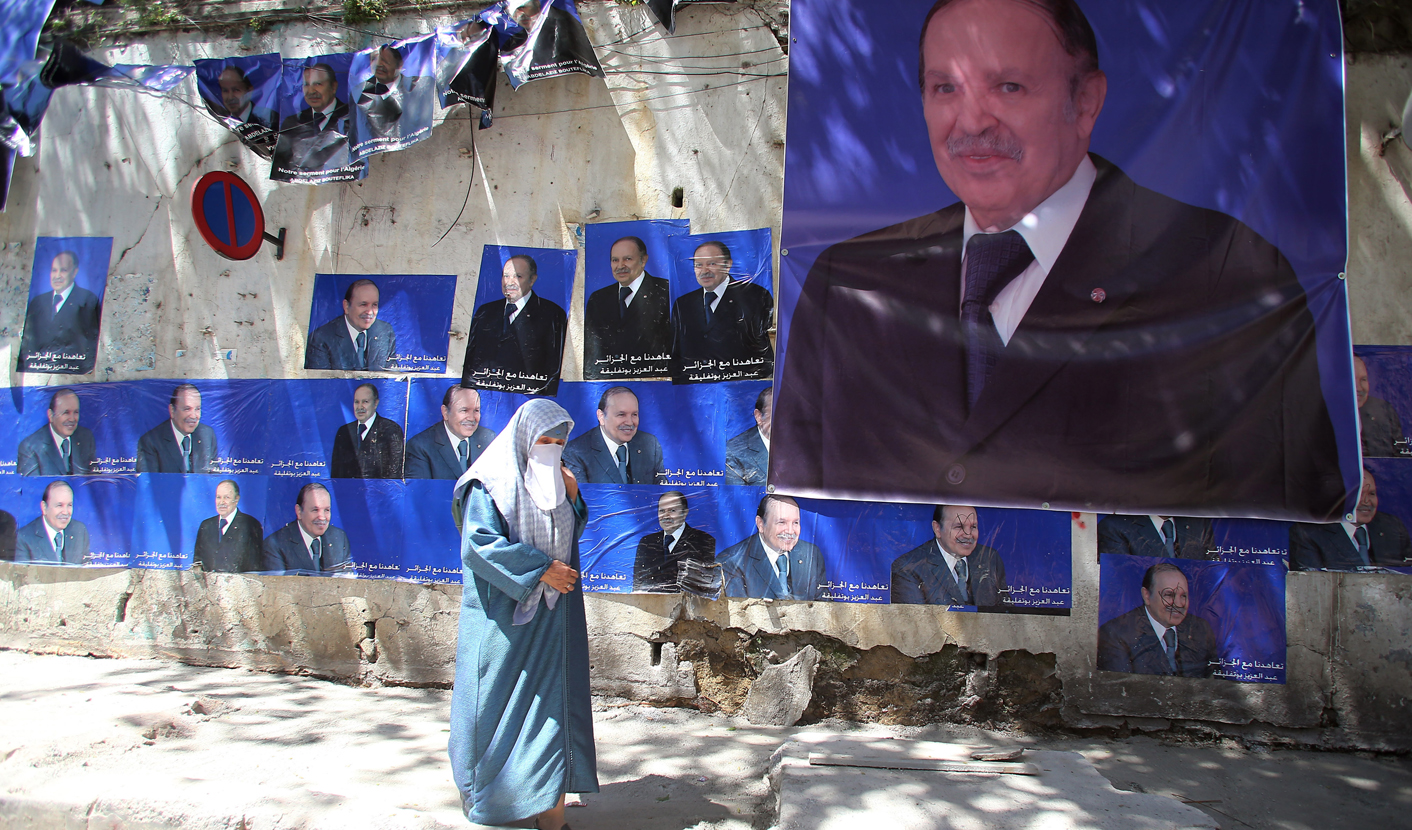 Algeria’s Abdelaziz Bouteflika personifies much of what is wrong with African governance: the corruption, the patronage, the sheer longevity of his time in office have all stunted his country’s development, keeping Algeria and Algerians from reaching their full potential. But they could do so much worse, as a quick glance in the direction of Egypt and Libya reveals. Over the objections of a spirited opposition, Algerians have overwhelmingly preferred stability to change, and given the ailing Bouteflika another five years in office – providing he lasts the course. By SIMON ALLISON.

There are several different types of elections. Some are genuine contests, in which the winner emerges with a democratic mandate and the good will of the majority of the people. Others are more circumscribed, giving voters a choice, but only a very narrow one (the most outrageous example of this is Hong Kong’s Chief Executive election, where lawmakers are free to elect any of the handful of candidates pre-approved by the Chinese Communist Party). Still others are rubber-stamping exercises, designed to give de facto dictatorships the sheen of democratic legitimacy.

It is into this last category that the re-election of Abdelaziz Bouteflika falls. President Bouteflika has governed Algeria since 1999; this will be his fourth five-year term in office. According to official results, Bouteflika won 81.53% of the vote on Thursday. Granted, this is not as high as percentages racked up by certain other presidents-for-life, most notably North Korea’s Kim Jong-Un, who was elected to parliament without a single dissenting ballot. Yet it is impressive nonetheless: for one thing, Algeria is not North Korea, far from it; for another, the ailing, wheelchair-bound Bouteflika was too sick to even campaign, forcing party organisers to replay decades-old speeches of his instead.

Unsurprisingly, the opposition has cried foul. “I do not recognise the result… [because] recognising it would be complicit in fraud,” said presidential candidate Ali Benflis, who came a very distant second. Benflis described the result as “an alliance between fraud, suspicious money and the bought media”. Nonetheless, African Union observers have tentatively declared the vote trouble-free, and it’s important to remember that Bouteflika remains hugely popular in some parts of the country, thanks largely to his record in bringing the last civil war to a close.

Other opposition parties, including the country’s largest Islamist group, refused to participate at all, saying the polls would not be fair and calling instead for a boycott. There was evidence in the turnout figures that the boycott call had had an impact: turnout was just 51.3%, down from 74.6% in 2009. It did nothing, however, to change the result: Algeria are stuck with Bouteflika for another five years, provided the president remains healthy enough to discharge his duties (there is some doubt about whether he is currently able to do so; when he voted on Thursday it was his first public appearance in months, and observers were struck by how frail he looked).

It’s not too hard to work out what this means for Algeria: after all, the country knows Bouteflika and his administration pretty well already. The 2013 Ibrahim Index of African Governance provides a decent snapshot of his performance so far: ranked 25th out of 52 African countries, Algeria has used its dwindling oil money to significantly improve welfare, education and health since the year 2000. In other areas, however, it has stagnated, showing very poor results in categories like Safety & Rule of Law and Participation & Human Rights. Most damningly, in the Sustainable Economic Opportunity category, Algeria has actually gone backward; Bouteflika has failed to successfully stimulate the economy, or diversify away from oil. Hence, the youth unemployment rate is at 21.5%, and anti-government protests by the unemployed are becoming more frequent.

“Bouteflika’s record of national service is unquestionable but he has always placed security above democratic and economic progress,” concluded French-Algerian journalist Nabila Ramdani, writing in the Guardian.

In other words, a vote for Bouteflika is a vote for security, stability and maintaining the status quo. And for all his faults, this is not necessarily a bad thing. Algerians have followed closely the fates of Libya and Egypt, their North African neighbours, who both overthrew their own presidents-for-life in the heady days of the Arab Spring. Since then, both countries have gone from bad to worse. Their newfound freedoms have brought economic collapse and more political turmoil. In desperation, Egypt has betrayed its own revolution to welcome an interim military government and the near-certain election of former field marshal Abdel Fattah al-Sisi, who resembles nothing more than a younger, slightly more charismatic Hosni Mubarak.

The Economist wrapped it up well: “Algeria is not a happy country. Periodic riots, ethnic clashes between Arabs and Berbers and the lingering danger of jihadist terrorism attest to festering social ills. For the time being, however, memories of still worse times make Algerians too timid, by and large, to mount a greater challenge to the powers-that-be.” DM

Photo: An Algerian woman walks next to electoral campaign posters for Algerian President Abdelaziz Bouteflika in Algiers, Algeria, 16 March 2014. The Algerian Constitutional Council announced on 13 March 2014 a list of six candidates who will run in the presidential elections scheduled for 17 April. EPA/MOHAMED MESSARA