Op-ed: Why I won’t tell you how to vote 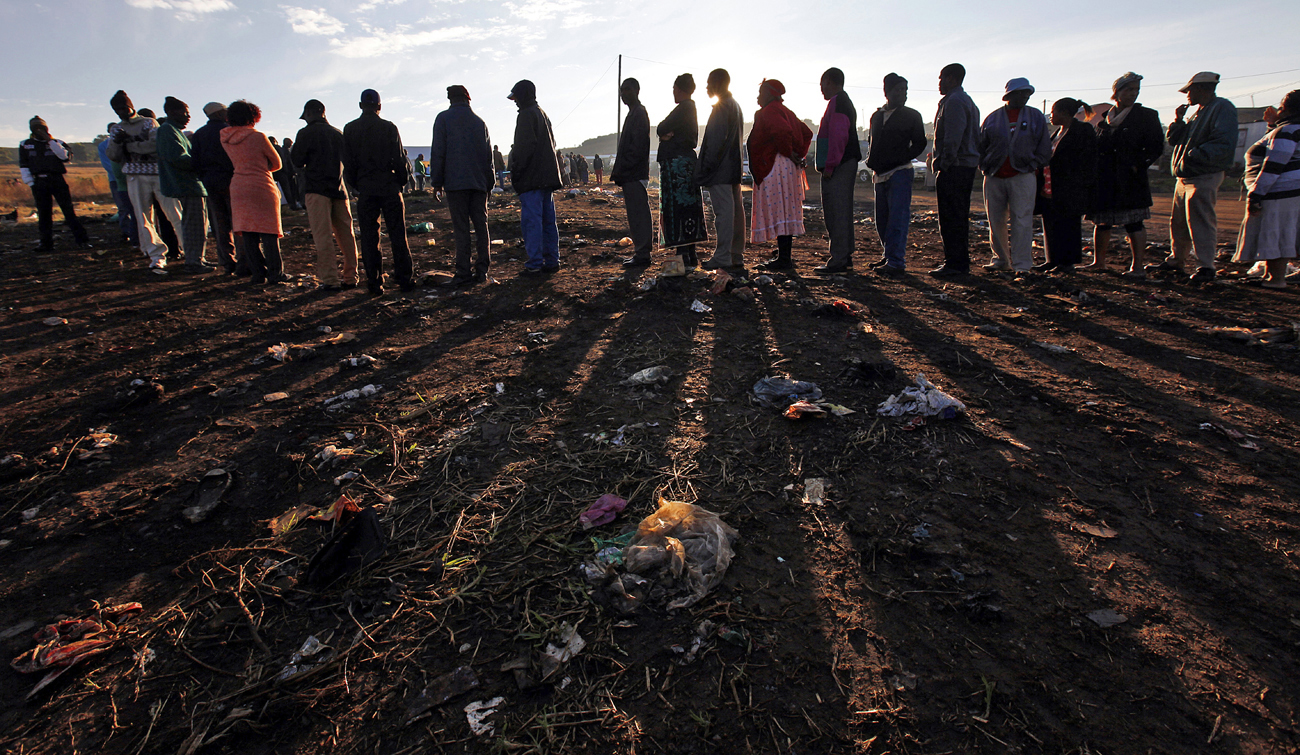 People queue to cast their votes during the South African municipal elections in Soweto, 2016. (Reuters) raymond-voting-subbedm.jpg

The 2014 elections are held on the 20th anniversary of the advent of democracy. Instead of celebration, the atmosphere is suffused with anger and mistrust. Many believe freedom is endangered or that some gains have been reversed or undermined. There is disquiet in relation to violent state actions against unarmed protesters, unbridled corruption and undermining of the Constitution. By RAYMOND SUTTNER.

The Marikana massacre of 2012 remains fresh in people’s minds. In the Farlam Commission we have seen police tamper with and withhold evidence, clearly intending to frustrate the commission’s objective and to ensure that the truth should not be heard.

Nkandla is one of a series of corruption scandals that have characterised the present administration and many have involved the president. The problem is exacerbated by his lack of concern about the gravity of these malpractices and his justified confidence that he will not be held to account.

It is hard to take seriously the oft-repeated mantra that there will be zero tolerance of corruption. The opposite is true. There is zero chance of the most serious offenders being prosecuted.

These abuses are not simply crimes for they also comprise attacks on the Constitution: a failure to carry out duties under the Constitution and thereby to undermine its power. The initial ANC election slogan was ‘A better life for all.’ There is a tragic irony in that much current corruption relates to pilfering of funds intended for, or that could have been used to provide for, basic health, welfare, water, education and housing needs of the poor.

Given this background many who have previously been associated with the liberation struggle and served in the ANC in various capacities have issued appeals to address Nkandla, to come clean on this or that scandal and more recently to call on the president to resign. Others, including a former leader, Ronnie Kasrils, have urged that there be a ‘no vote,’ that people should spoil their ballots or vote strategically, in one or other way apart from the ANC or the DA.

Any campaign around the vote needs to be tackled with great sensitivity: it is a right for which many gave their lives. Some of the most famous campaigns in liberation history surrounded that right. The need for caution is illustrated by the apparent ferment around the vote, as reported in the Sunday Independent, covering ANC General Secretary, Gwede Mantashe’s visit to Soweto, where residents challenged him to explain why the ANC had not honoured its previous election pledges. It is not clear what such exchanges signify in terms of people’s intentions in relation to their vote. One thing that is clear is that the campaign to ‘Vote No’ must take into account how people feel. This would require wider consultation and intensive discussions.

The problems we face in South Africa are indeed grave and the invitation to support the idea of a ‘No Vote campaign’ points to some of these. The question we need to ask ourselves is how we address these problems in the short and the long run. We need to assess how what we do now, contributes towards longer term strategies, building organisations that can be vehicles to remedy the problems of the present and part of the process of rebuilding our democracy.

It is clear that the electoral arena is no longer a viable place of contestation in the light of the ANC’s almost certainly returning as ruling party and continuing to act without any accountability to its constituency. The authors of the ‘No Vote’ call recognise that. But their response is framed within the same paradigm that focuses on electoralism as the central site of political efforts. Only, they say, voice your concern by voting no.

Any political goal that is aimed at affecting the conditions of inequality, corruption, violence and lack of accountability in South Africa needs to be carefully planned following processes of consultation and with clarity over how any particular intervention contributes towards some or other larger goal. Our own feelings of disquiet cannot determine any particular intervention for what we may be anxious to do may well fail to win popular support or even run against such support.

I do not advise people on their vote, (though contrary to some statements I do not contest the right of Kasrils and others to advocate a ‘no vote’). But in recognising that the electoral arena is an insufficient vehicle for restoring our democracy, it is necessary to listen to all those who have concerns about the present. We need to bend all our efforts towards building unity around questions that constitute barriers to restoring democracy and constitutionalism. The quest for unity may take long, but that is what our struggle has always entailed, long hard work, listening and debating. DM

Professor Raymond Suttner, attached to Rhodes University and UNISA, is an analyst and professional public speaker on current political and historical questions and questions of leadership. He writes a regular column and is interviewed weekly on Creamer Media’s polity.org.za. Suttner is a former political prisoner and was in the leadership of the ANC-led alliance in the 1990s. He blogs at raymondsuttner.com.

Photo: People queue to cast their votes during the South African municipal elections in Soweto May 18, 2011. REUTERS/Siphiwe Sibeko.