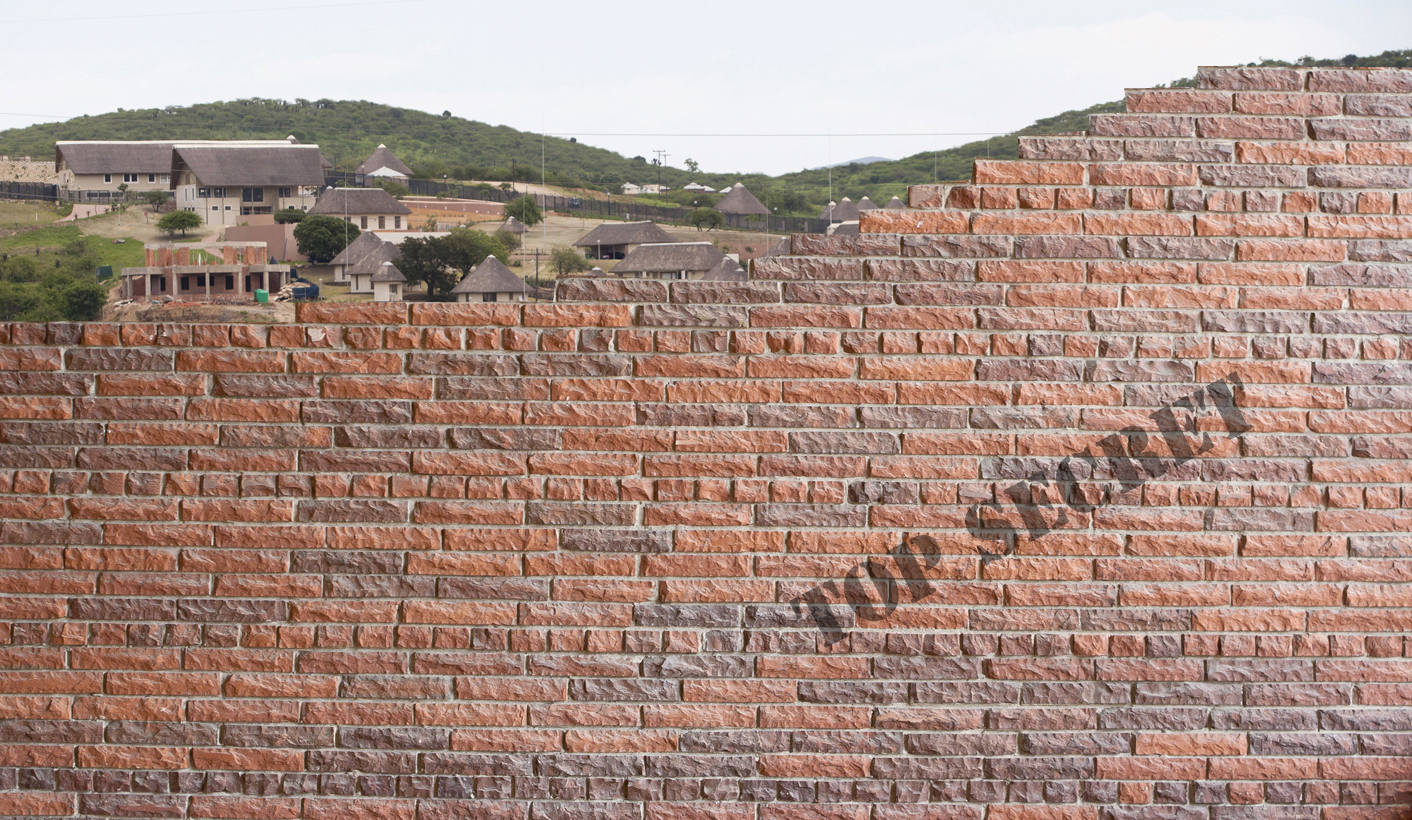 If the Public Protector’s report on Nkandla were released at any other time, instead of weeks before the elections, the matter would probably have been handled very differently by the ANC and its government. But as things stand, the ANC leadership is patently aware of how much of a hit they have taken with the exorbitant expenditure and violations of procedure exposed. Any attempts to go to war with Thuli Madonsela over the report are bound to backfire even more. So while the damning findings of the report cannot go unchallenged, they now have to tread carefully to cushion President Jacob Zuma and the ANC, but still seek to overturn the conclusions. The Speaker of Parliament Max Sisulu, however, might not have received the memo about squashing the matter for now. By RANJENI MUNUSAMY.

Government announced on Tuesday that the security cluster ministers had “studied” the report by Public Protector Thuli Madonsela on the upgrades at President Jacob Zuma’s Nkandla residence. “Based on this, there are several areas on which we require further information and clarification. A letter has been sent to the Public Protector in this regard and we will now wait for her reply,” the government statement read.

The statement went on to say: “We believe it would be disrespectful to the Office of the Public Protector to go into precise detail of our communication with her office at this time. However, suffice to say we have sought clarity on some areas which we believe are confusing and became evident in our detailed reading of the report.”

The obvious question: Why do the security cluster ministers think they are a constituency with the powers to question the findings of the report? The security cluster ministers, as we fondly remember, tried their damnedest to delay the release of the Public Protector’s provisional report in November last year. They were also of the view then that the report contained “security threats” which could compromise the safety of the president. (As the ministers of Police, State Security and Defence are responsible for the safety of the president and the republic, they had a right to see the report beforehand and deal with safety concerns.)

At an ANC breakfast briefing with editors two weeks ago, Police Minister Nathi Mthethwa said the concerns they had with the provisional report on security details were “taken out” in the final report. Why then are the security cluster ministers seeking clarity now from Madonsela?

But let us not forget that the “security ministers” are not merely guardians of national security in the Nkandla matter. Madonsela made findings against them and their officials in the report, and recommended that the president “reprimand the ministers involved for the appalling manner in which the Nkandla Project was handled and state funds were abused”.

Of course the ministers can react publicly to the findings against them and their departments. But it is unclear what they think the ministerial cluster can do about the report. Neither Madonsela nor the legal and constitutional prescripts governing her work give the cluster of ministers the option to question her findings.

Of course the entire country is still waiting for the president to respond to the report, which he, not the ministers, must do. But Zuma has neatly sidestepped this by saying he wanted to wait for the Special Investigating Unit (SIU) to complete its investigation into the Nkandla upgrades. This means that Madonsela’s recommendation that Zuma pay back a reasonable percentage of the cost of the upgrades, which has nothing whatsoever to do with the SIU investigation, will not be acted on anytime soon – if at all.

Zuma has also pointed to an anomaly between the Public Protector’s report and the investigation conducted by the inter-ministerial task team, featuring the same hardworking and neutral security cluster ministers. So not only is he relegating the Public Protector’s report to the same level of a government team investigating themselves, there is also a false expectation that the SIU report should, and will, reconcile these differences.

The security cluster ministers clearly anticipated that their latest move to send a letter to the Public Protector asking that she explain certain parts of her report would raise eyebrows. Therefore they said in their statement: “We reiterate our support the institution of the Office of the Public Protector, considering it and other Chapter Nine institutions as vital to the health of a democratic society. However, this does not mean that government has no right to seek clarity on areas of the report which would seem to be confusing. Such interactions are universal with regards to similar types of ombudsman reports in any democracy.”

The government knows that their options to challenge the Public Protector on the Nkandla report are limited and that any further attempts to bully her would infuriate the SA public even more. Therefore the only option is to tread water until after the elections when public anger will have no impact on the ANC. The president and his ministers clearly want to challenge Madonsela’s findings and seek to overturn them, but know it would be political suicide for them to try and do so now.

However, some in the ANC cannot contain their irritation with Madonsela and the wave of public support she is riding on. ANC deputy general secretary Jessie Duarte said that the Public Protector should keep quiet after issuing her reports. She said Madonsela’s behaviour was inappropriate and she appeared to be on some kind of campaign, City Press reported. “There is no need for her to be responding to every issue in the public domain. She must allow the public to air its views about her report without interference. She must also allow other processes to unfold after releasing her report,” the paper quoted Duarte.

ANC national executive committee member Bheki Cele said at an election rally in Mamelodi at the weekend that Madonsela should “stop acting like she is God”. “Thuli Madonsela is just a person. People are going on like she is Jesus of Jerusalem. She isn’t,” Cele was quoted by Beeld newspaper.

This is only the tip of the iceberg of the antagonism directed at Madonsela in the ANC leadership. Most people are, however, cautious about publicly attacking a Chapter Nine institution and condemning Madonsela.

Reports that the Speaker of Parliament Max Sisulu is considering appointing an ad hoc multi-party committee to consider Madonsela’s report could not be going down well with the ANC leadership. Beeld quoted the whips of the Democratic Alliance (DA) and Freedom Front Plus as saying they received calls from Sisulu about setting up a parliamentary committee to investigate the matter before the 7 May elections. This follows a request to the Speaker by DA parliamentary leader Lindiwe Mazibuko that such a committee be set up investigate the Nkandla scandal.

“The speaker said the ad hoc committee would have to work morning, noon and night up to the elections on May 7 to get the work done in time… He [Sisulu] said he wanted to complete it before 6 May. That means the committee should present a report before then and then the National Assembly should be called upon to consider the report,” Freedom Front Plus chief whip Corne Mulder told Beeld.

If the committee were set up, it would air even more dirty laundry on Nkandla at a time that would be most damaging to the ANC. It would also upset the ANC’s plan to keep Nkandla off the national agenda until after the elections. Sisulu is, however, probably not willing to be part of the cover-up mission and to sacrifice his good name and standing at the altar of Nkandla.

Madonsela might be gracious enough to respond to the issues the ministers seek clarity on but she would be aware that all this is to prepare for a real bombardment coming at the later stage. She would no doubt have smiled when she read the part of the government statement which read: “The Office of the Public Protector has an enormous responsibility to ensure its findings are factually accurate and consistent with the law. We, as part of government, have a responsibility to study this report and if necessary seek clarity on aspects of the report that require clarification in the spirit of intergovernmental relations and cooperation”.

The Nkandla upgrades remain the supreme, and best-preserved, monument to corruption and abuse of power, and there is little the ANC and government can do to whitewash it. Neither can they erase Madonsela’s 443-page report, which documents how the shameful saga unfolded. As with the last-ditch attempt to intervene in the Cosatu crisis, ANC leaders are desperate now to plug holes that could cause damage to the party at the polls. But they clearly should have had that in mind when they were riding high over the past five years, treating voters and taxpayers with disdain.

It took true grit for Madonsela to shake off the political pressure and stay committed to uncovering and exposing how the culture of corruption, nepotism and privilege has corroded the fundamental pillars of this ailing society. Now it is up to another custodian, one of a great freedom- and truth-loving family name, to show the same commitment. Max Sisulu has a great responsibility on his hands, and will also have to face down political pressure to see the process of investigating the Nkandla scandal through. We live in hope that he does not blink. DM