IEC’s Pansy Tlakula: The case for stepping down 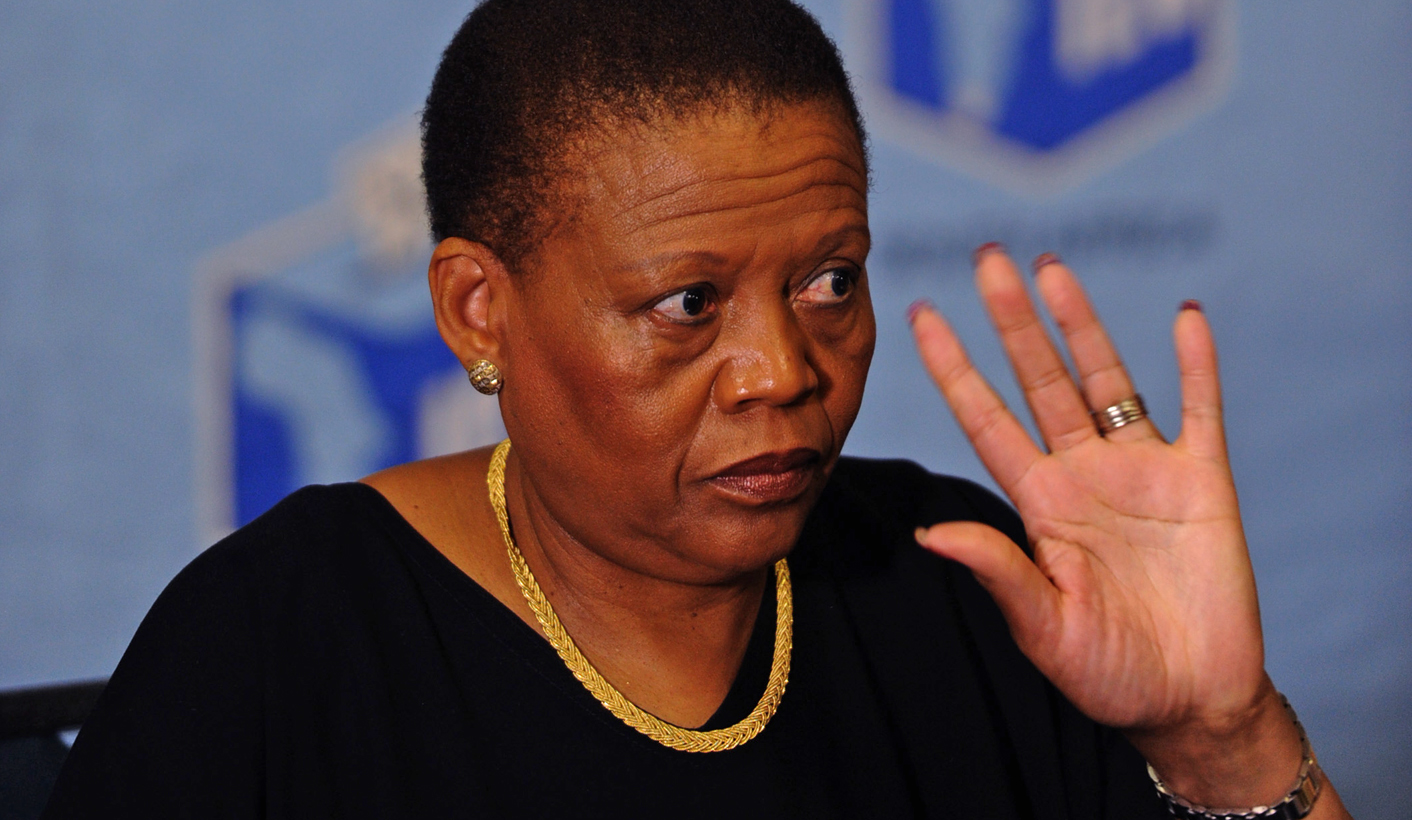 On Wednesday 7 May, if you are a committed South African and over the age of 18, you will come across someone wearing a blue and white bib. It will have the letters "IEC" across the front, with a voting symbol. You will want to trust them. They will, in almost every case, probably be trustworthy. They will be the person you are placing in charge of something so precious you only get to do it once every five years. And in almost every case they will do their utmost to be worthy of that trust. But up above them, much, much higher in the food chain, dark clouds are beginning to swirl. It must surely be time for Independent Electoral Commission Chair Pansy Tlakula to consider, at the very least, taking long leave over these elections. By STEPHEN GROOTES.

Julius Malema steals headlines. It’s a fact that even his sworn enemies would have to agree with. So it’s a great pity that his sound-byte, “Pansy Tlakula must step down, or there will be civil war” appeared to take over this issue last week. He was speaking after eight opposition parties – all of them except for the DA and the Freedom Front Plus – had decided that Tlakula should step down. The reason for their demand was that she was found guilty, by the Public Protector, of maladministration relating to a headquarters lease deal.

For someone in her position, it’s a squalid thing to have to go down for. Especially when you consider how much Tlakula has done for the country and the culture of elections to date.

But last Tuesday’s call by those parties, led in the main by United Democratic Movement leader Bantu Holomisa (who lodged the original complaint against her) has now appeared to open the floodgates. On Sunday the City Press carried a story suggesting that many of the IEC’s permanent workers now wanted her to go. They’re represented by the trade union NEHAWU (which, don’t forget, is part of Cosatu, and thus the Alliance). But NEHAWU’s top brass seems to believe that it would be wrong for them to strike at this point. Technically speaking, it’s complicated. Election workers do appear to be essential workers, and therefore cannot strike. At the same time, it also appears that Tlakula has lost the trust of many of her staff members.

There is another unique element at play. Those of us used to reporting on events within boards and committees are accustomed to public shouting and private leaking against members on the board. (You won’t need me to tell you which board in particular is the ruling champion of this, but let’s just say it meets in Auckland Park.) We’re used to analysing these things through a certain prism.

That prism doesn’t work in this case. IEC commissioners are on a different level to people on other boards. They run elections. They have to be the most neutral and trustworthy people imaginable. And because they form an electoral body, they don’t call on each other to resign or say publicly whether they support each other: imagine the confusion and chaos that would result. It would be extremely dangerous for them to speak publicly of each other, or to pressure each other.

So in this case, when deputy chair of the commission Terry Tselane speaks, it’s important to listen closely. Last week, when asked directly by Eyewitness News if it were still possible for these elections to have credibility without a resignation from Tlakula, there was a long, weighty pause, before he answered, “That is a difficult question.”

His point is that the machinery of the elections is ready to go. They will be free, and they will be fair. Everyone knows what to do, and everything is ready to go. And in the background there is still the Electoral Court keeping a very close eye on things (which is something many people forget). But what Tselane cannot answer is whether, in the minds of the nation, these polls will be credible.

The answer to the credibility question depends, as Gwede Mantashe might put it, upon where you sit. If you generally trust the system anyway, if the current political system has benefited you, then you are probably happy to let things continue as they are. If you believe that the system is weighted against you, you may think it’s time for change.

This could go some way to explaining why the ANC has, after two days of asking, finally said that Tlakula should stay on. The DA has stayed largely silent on this issue. As the two more “establishment” parties, their attitude when compared to the other parties could make sense.

Amidst all of this, we have to consider why Tlakula has stayed on. It’s actually fairly easy to understand. She has dedicated much of her life to making sure South Africa, and her fellow South Africans, can vote in free and fair elections. She’s worked damn hard to make that happen. For her to resign now would be to say that much of that work should be flushed down the toilet. It would also be to say that she is guilty of this maladministration, and make it much harder for her to fight those claims when the time comes.

The position of IEC Chair is a public one, almost the most public of them all at election time: there are interviews, debates, public appearances to be made. For Tlakula, it could potentially be extremely uncomfortable if every time she appears, instead of questions about voting times and counting, it’s about a squalid little headquarters scandal.

No one that I know with political credibility seriously believes Tlakula would throw an election. But that’s not the point.

If Tlakula did step down now, the IEC would still plough on. The machinery, as it keeps telling us, is ready. It has plenty of people in position to make it all work. If that is the case, what would we lose if she did step down?

We would lose her experience, her ability to calm things down. Those are not to be understated, particularly in the late-night frenzy of vote-counting. I would love to have said we would miss her integrity. But at this point, unfortunately, it’s not the IEC’s lack of credibility that’s the problem.