Cricket: A fitting farewell for Sangakkara and Jayaward...

Cricket: A fitting farewell for Sangakkara and Jayawardene 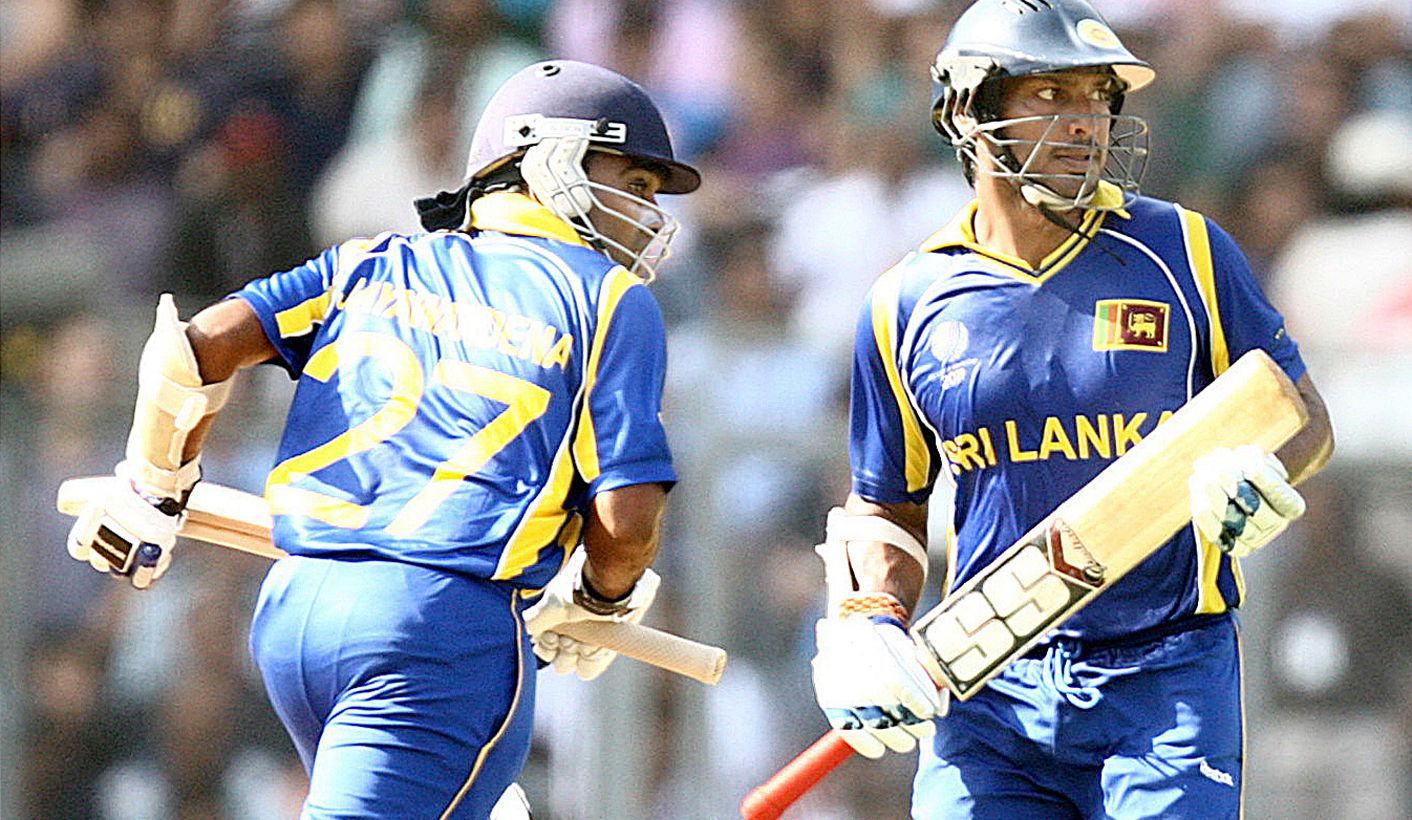 After years of making finals and ending as the bridesmaids, Sri Lanka are finally the brides. They beat India by six wickets on Sunday to clinch the ICC World T20 final, with Mahela Jayawardene and Kumar Sangakkara retiring from the format in fine style. By ANTOINETTE MULLER.

T20 cricket rarely lends itself to romance. The format is just too crude to draw the viewer in to the point of heartbreak, and its margins for error are too small to write a love story. Sometimes, though, it’s just enough.

Sometimes, however, romance does manage to force its way through, for even the most hardened misanthrope. With Sri Lanka clinching the World T20, when they beat India by six wickets on Sunday, romance puckered its lips and said: kiss me.

It was romantic because it was the last time Kumar Sangakkara and Mahela Jayawardene would play international T20s, and after five finals, they finally got their wish. For as long they have been the bridesmaids, on Sunday, finally they were the brides.

It was also romantic because Sri Lanka played orthodox cricket. Their bowling, unlike that of so many other teams, relied on old fashioned yorkers. It relied on discipline to stifle the world’s best limited overs batsman and it relied on sticking to well-crafted plans, proving that even in the most compact version of the game, keeping it simple pays off.

Winning the toss and choosing to bowl first, Sri Lanka managed to restrict India to 64-1 after 10 overs. Under the captaincy of stand-in skipper Lasith Malinga, Sri Lanka’s orthodox cricket edged them ahead. Never did the bowlers allow the run-rate to creep past 7.00 an over, and the paralysis of panic gripped India in the final few overs and they scored just 19 off the final four.

There was nothing overly flashy about Sri Lanka’s bowling approach. Instead, they knew what they had to know, they knew how they wanted to do it and their bowlers did it.

With just 131 needed for victory, Sri Lanka would have been feeling quietly confident, but riding the T20 seesaw never allows for too long to balance. Both Kusal Perera and Tillakaratne Dilshan were out early, but at 41-2 after just 5.5 overs and Sangakkara and Jayawardene at the crease, romance kicked into gear. Jayawardene stayed on, but only for long enough to help his batting partner get going. Sangakkara’s 52 off 35 and Thishara Perera’s 23 off 14 – with Perera promoted up the order – made for an easy win in the end, with 13 balls still to spare. At times, India looked to have wrestled back control for brief moments, but fate would not be so terribly cruel.

The delight of the team and Sri Lanka’s two long-serving legends told half the story. Sangakkara’s honesty at the post-match presentation told the rest. By his standards, Sangakkara has had a poor tournament. He only managed to get into double figures once up until the final. His winning knock got his side over the line for a memorable win.

“Been a long time coming after six years and five finals. The side carried me all through the tournament. Glad I could give something back today,” Sangakkara said.

With his unbeaten 52 on Sunday, he became only the fourth player after Sachin Tendulkar, Ricky Ponting and Jacques Kallis to score 25,000 international runs (across all formats). Both he and Jayawardene are heading to the wrong side of 35 and while they have admitted they have the intention to make it to next year’s World Cup, sport can be a cruel mistress. Luckily for them, they have a sweet win to savour and they both deserve it.

It will be easy to nit-pick India’s approach; both their batting order and the scattering of the bowlers was questionable at times. But Sri Lanka were simply the better team on the day, more clinical and more convincing, and the win was a sweetener to a story which suffered many subplots.

Civil war only ended in the country just over five years ago, something which is often forgotten. Sangakkara and Jayawardene were amongst the players who were caught in the cross-fire of a terrorist attack in Pakistan in 2009. Players have been in a stand-off with their board over pay for months, often battling to get money out of them. Sri Lanka are not part of the “big three”, and their board is up to their knees in debt. They are a small nation whose cricketers and people have all been through a lot. But despite all of it, they are a nation passionate about the sport of cricket. And both Sangakkara and Jayawardene continuously made the nation’s people proud. Even if the World T20 trophy is nothing more than a whirlwind romance, it’ll be a romance for all to remember. DM

Photo: Sri Lankan batsman Mahela Jayawardene (L) and Kumar Sangakkara (R) run between the wickets during the final match of the ICC Cricket World Cup 2011 between India and Sri Lanka at the Wankhede Stadium in Mumbai, India on 02 April 2011. EPA/HARISH TYAGI