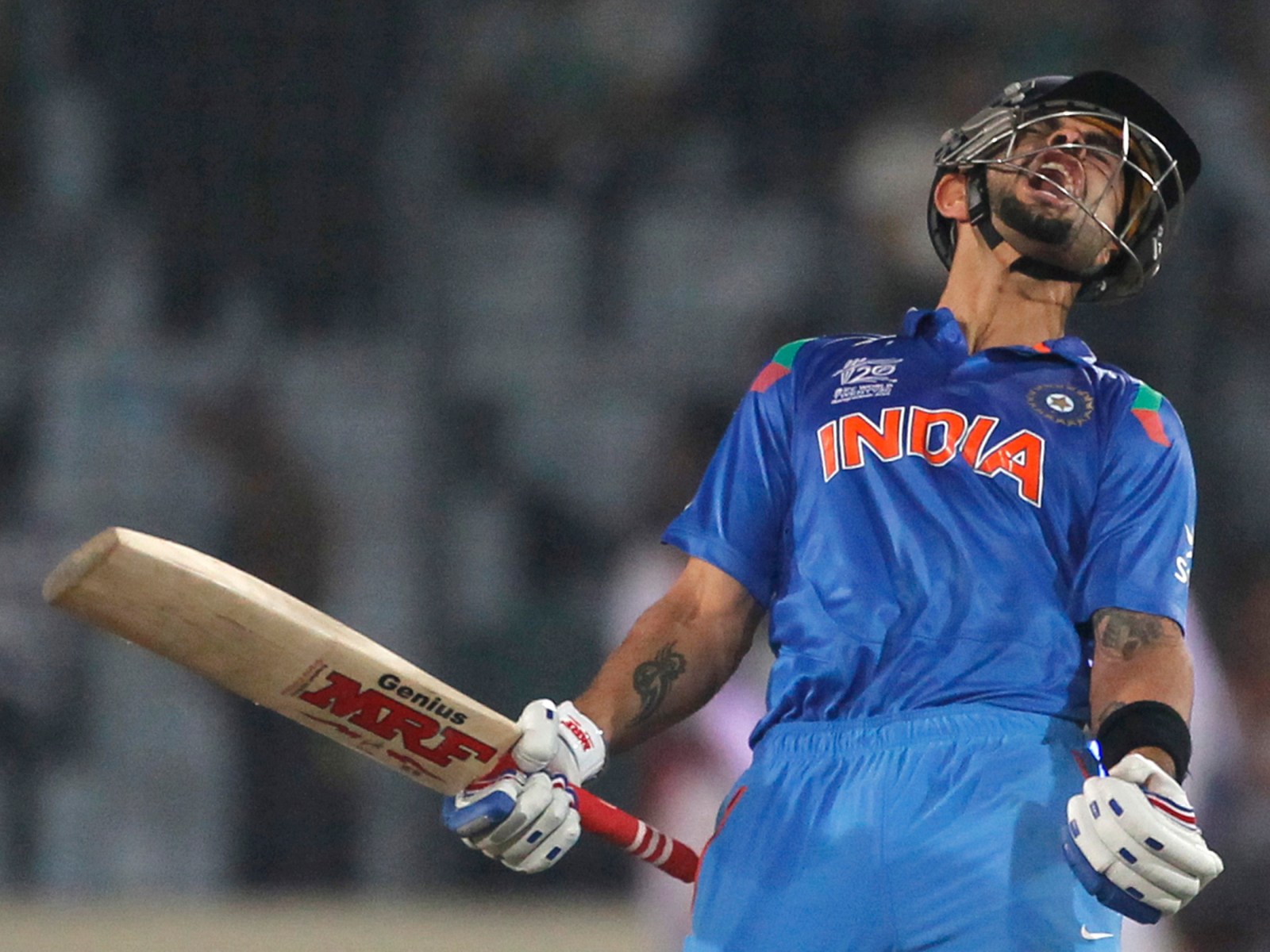 South Africa’s World T20 cricket chickens finally came home to roost when they lost by six wickets to India in the semi-final on Friday. A sensational Virat Kohli knock sealed an easy win for India to send them into the final against Sri Lanka on Sunday. By ANTOINETTE MULLER.

Another year, another so-close-yet-so-far story in an ICC event for South Africa. After plucking their way through the Super Tens, South Africa came up against the Indian cricketing machine and lost by six wickets. South Africa were completely outplayed for the first time this tournament and the shoddiness that they were allowed to get away with against worse teams, was finally shown up.

Winning the toss and choosing to bat first, South Africa posted 172-4 in 20 overs, on a track which probably had around 190 in it. Faf du Plessis and JP Duminy both notched up decent scores, but India managed to chase the target down with five balls still remaining. Virat Kohli – with an unbeaten 72 off 44 – set the tone for a very simple chase while South Africa’s bowlers helped matters with some dreadful execution.

On paper, India thumped South Africa throughout the tournament and on the day, they thumped them on the pitch too. Why it happened wasn’t even that baffling – here are five of the main reasons South Africa lost to India.

Virat Kohli and the wealth of T20s Indian players play

Virat Kohli is a freak. In the shortest format of the game, he is the best player in the world. When the pressure is on, Kohli is an ice man. Since his age-group cricketing days, Kohli has been leading India in tough chases. Add to his cool attitude his extraordinary talent and you have a player that not even the best in the world can stop, especially in conditions where he is comfortable. It also helps that Kohli, like the rest of the Indian team, knows what his role is. They might not play a wealth of international T20s, but India’s players play a ridiculous amount of cricket in the IPL and their roles are defined there and generally carried across to the international circuit. Such stability and practice go a long way in getting it right when it matters most.

South Africa’s insistence on “batting AB de Villiers after 10 overs in T20s” has been their biggest downfall. De Villiers is best suited at number four in T20s and, despite losing early wickets against India, he did not walk in until 14 overs had been gobbled up. JP Duminy strolled out at number four and not only did he gobble up a bunch of dot balls, he always started off sweeping wildly against the spinners, with seemingly no game plan. Why on earth South Africa keeps insisting on holding back their best batsman instead of optimising his scoring scope by allowing him to face as many balls as possible is inconceivable. It’s like having a Ferrari parked in the garage when you live in Germany and never taking it out on the Autobahn. Two overs during the powerplay had the run-rate below seven and from the six overs in the powerplay, South Africa managed to take just 44 runs. On a track that wasn’t spinning nearly as much as it had in the tournament and after choosing to bat first, it simply wasn’t the way to go.

Once again, during the tournament, South Africa tried some unorthodox bowling methods. One of them was to bowl JP Duminy and Albie Morkel first up. Against weaker opposition, they managed to get away with it. Against India, it failed early on. To rub salt in their wounds, South Africa omitted the slip early on and India’s top order batsmen took advantage. Why on earth not use the strike bowlers early on to make inroads? The bowlers also conceded nine wides – that’s nine extra balls for India to smash about – and nine extra runs in total. It was completely sub-standard. South Africa also failed to execute yorkers once again. In fact, they didn’t even try to execute them; it’s a delivery which has simply been voided from their arsenal and replaced by short stuff instead. Considering India’s batsmen were anticipating the short ball – it was baffling to see the bowlers persist with a strategy which had clearly been lock-picked.

Running between the wickets

In T20 cricket, rotating the strike is as crucial as picking up boundaries. The Dhaka ground offers players the ideal chance to do both at will. The boundary towards the legside is long and batsmen can pick up singles and twos quite easily. A shorter boundary is there for poaching when a boundary is needed. The two teams couldn’t be more contrasting. Kohli faced just two dot balls in total and India had just 29 dots in total, compared to South Africa’s 40. India were particularly good at plucking the runs off Imran Tahir whereas South Africa were suffocated by India’s Ravi Ashwin, even on a day Amit Misrha was looking a bit “off”. India ran 57 singles compared to South Africa’s 50 and while that might sound like “just seven runs’” difference, it’s the value of rotating the strike that really changes a game around.

The fear of failure

South Africa didn’t have anything to lose heading into this match. Considering the way they played in the tournament, they weren’t expect to win, especially not against an unbeaten side. Sometimes, you have to risk a loss to get a win. India love chasing in the shorter format of the game and when South Africa won the toss and elected to bat first, they allowed India to thrive doing something they are damn good at. Previous results at Dhaka had favoured the side batting first, but in the women’s match earlier in the day, the pitch showed no sign of breaking up. If there is nothing to lose, why not take a risk? There were suggestions that there might be some bad weather about and, perhaps, South Africa wanted to evade the worst of the Duckworth-Lewis; that might make sense. However, surely forecasters can look ahead three hours into the future? Why not put India under pressure right from the start? Why not back yourself to chase a total and become good at something you’ve been dreadful at in the past? Those are all easy questions to ask in hindsight, but how much of the decision-making has to do with the fear of failure from ICC tournaments past?