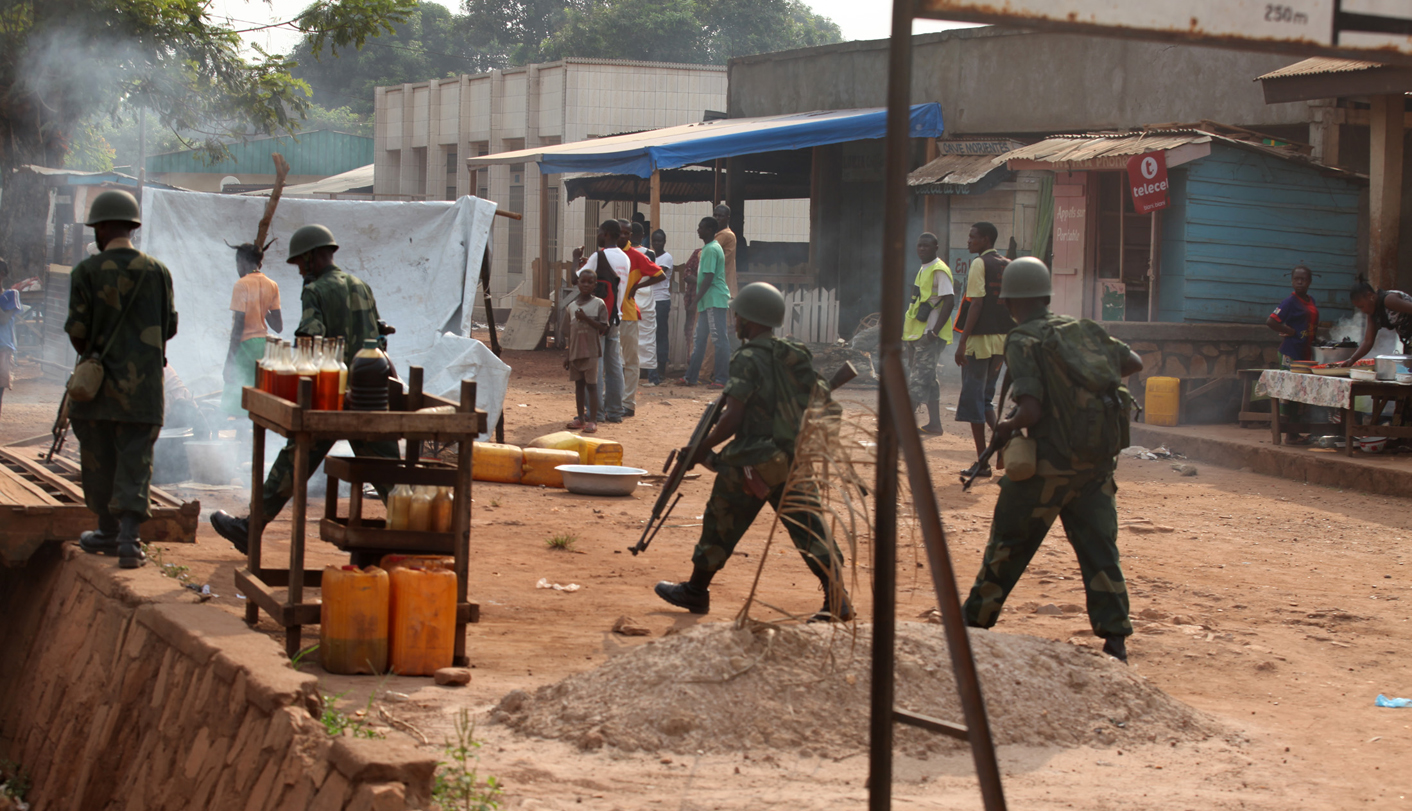 They said the Rwandan genocide would never happen again. They were wrong. SIMON ALLISON examines why the international community is failing the Central African Republic just as badly. It might not be a genocide yet, but whatever it is, we’re doing precious little to stop it happening.

Never again, they said, as they counted bodies left behind by the Rwandan genocide, ‘they’ being pretty much everybody with even a passing interest in the African continent: Rwandans, of course; their neighbours; international organisations; NGOs; colonial governments; and the legion of armchair spectators, watching the carnage from their living room TVs and hurriedly pledging another £10 donation to Oxfam. This was an atrocity which no one, excepting perhaps the Jews, could truly comprehend, but it didn’t mean its devastation didn’t reverberate within each of us, our shock at what had happened tinged by our collective guilt at not having done enough to prevent it.

Exactly 20 years later, it’s time to face another harsh truth: we still don’t know how to curb humanity’s very worst excesses. Faced with the same conditions, we would not be able to prevent another Rwandan genocide. And you don’t need to look far past Rwanda for proof. Less than one thousand kilometres away from Kigali, as the gods of war fly, is the Central African Republic, where law, order and the last vestiges of the state have collapsed into anarchy and recrimination.

NGOs think that over a million people have been internally displaced, and 300,000 Muslims forced to leave the country altogether in the face of persecution. Their crime is to worship the same god as the Seleka rebels whose march on Bangui precipitated the current crisis. No one is quite sure how many people are dead – it’s still too dangerous for anyone to count (even counting the refugees in the massive, sprawling new camp around Bangui airport is fraught and unreliable).

Is it a genocide? Maybe, maybe not, although the debate over nomenclature seems secondary to the one about what exactly can be done to stem the flow of blood. So far, the international response has been strangely muted, and there is little sign of this changing anytime soon.

There are solid, rational reasons for this.

Any kind of military intervention is expensive – and the Great Powers who would normally participate in this kind of thing are still dragging themselves out of an economic depression, one which left their exchequers empty and their populations increasingly insular (witness Europe’s immigration crackdown). Sending huge amounts of money and manpower to some strange African country is a hard sell, and few politicians have the moral authority to even try. One exception to this rule is France, which once counted the Central African Republic amongst its dominions. But even their contribution of 2,000 soldiers, while laudable, falls short of achieving anything other than the absolute basics: protecting French interests and citizens, and guarding key points like the airport and parliament. The other foreign troops in the country are drawn mostly from CAR’s neighbours. But far from being the solution, some of these are part of the problem, particularly the Chadian contingent which did so much to facilitate Seleka’s victory in the first place – take the Chadian troops who opened fire on Bangui residents last weekend, killing 24 of them. Whatever this is, it’s not exactly keeping the peace.

Also, CAR is not the only trouble spot on the global agenda. Syria, Afghanistan, Iraq, Mali, Somalia – all vie for very limited attention and funds. It doesn’t help either that Russia suddenly decided to re-enact its Cold War glory days with Ukraine – this is, for Europe and America, a situation that could escalate into an existential threat to themselves, and is therefore a far more immediate priority. The European Union, which has been promising 1,000 troops to the CAR since the beginning of the year, has repeatedly delayed their deployment over fears that Ukraine could spark a larger conflict (the mission is now back on, apparently, although we’ll remain skeptical until the boots are actually on the ground).

As for the United Nations – that organisation which, in the wake of their Rwandan failure, adopted the Responsibility To Protect as their guiding doctrine – well, once again, its responsibility has once again been sacrificed on the altar of the slowly grinding wheels of bureaucracy. Yes, it will intervene; yes, it will send money and troops; yes, Ban Ki-Moon remains “very concerned” about the situation. But no, this will not happen quickly: the most optimistic estimates suggest that it will take six months to put a full-scale peacekeeping mission together. Some context: the Rwandan genocide, all of it, took just 100 days. The UN’s sentiments are noble, as always. Their timing, not so much.

Again, there is a reasonable explanation for this: UN peacekeeping missions are basically small countries in their own right, and given the scarcity of existing infrastructure they have to build or bring everything themselves: power, accommodation, transport, food, communications, etc. This takes time. Only fools, rush in, especially to the Central African Republic.

Still. Still. These are the same mundane, bureaucratic factors that conspired to prevent any kind of action in Rwanda, 20 years ago. That no one has found a way around them – not the African Union, not the UN, not the CAR – is a depressing, devastating indictment of humanity’s ability to look after itself.

It’s not all doom and gloom. In the absence of a fix, or even a serious attempt at a fix, we need to take our comfort where we can find it. Humanity’s not all bad. This week, Doctors Without Borders (MSF) launched a campaign to raise funds for their emergency operations in Bangui, and in neighbouring Chad and Cameroon, where they are treating the floods of refugees. If you’ve got money, give them some. It won’t solve anything, but it might just help someone, somewhere. For now, from here, that’s about the best we can do. DM