Zuma’s Nkandla deadline: Feel it, it is here 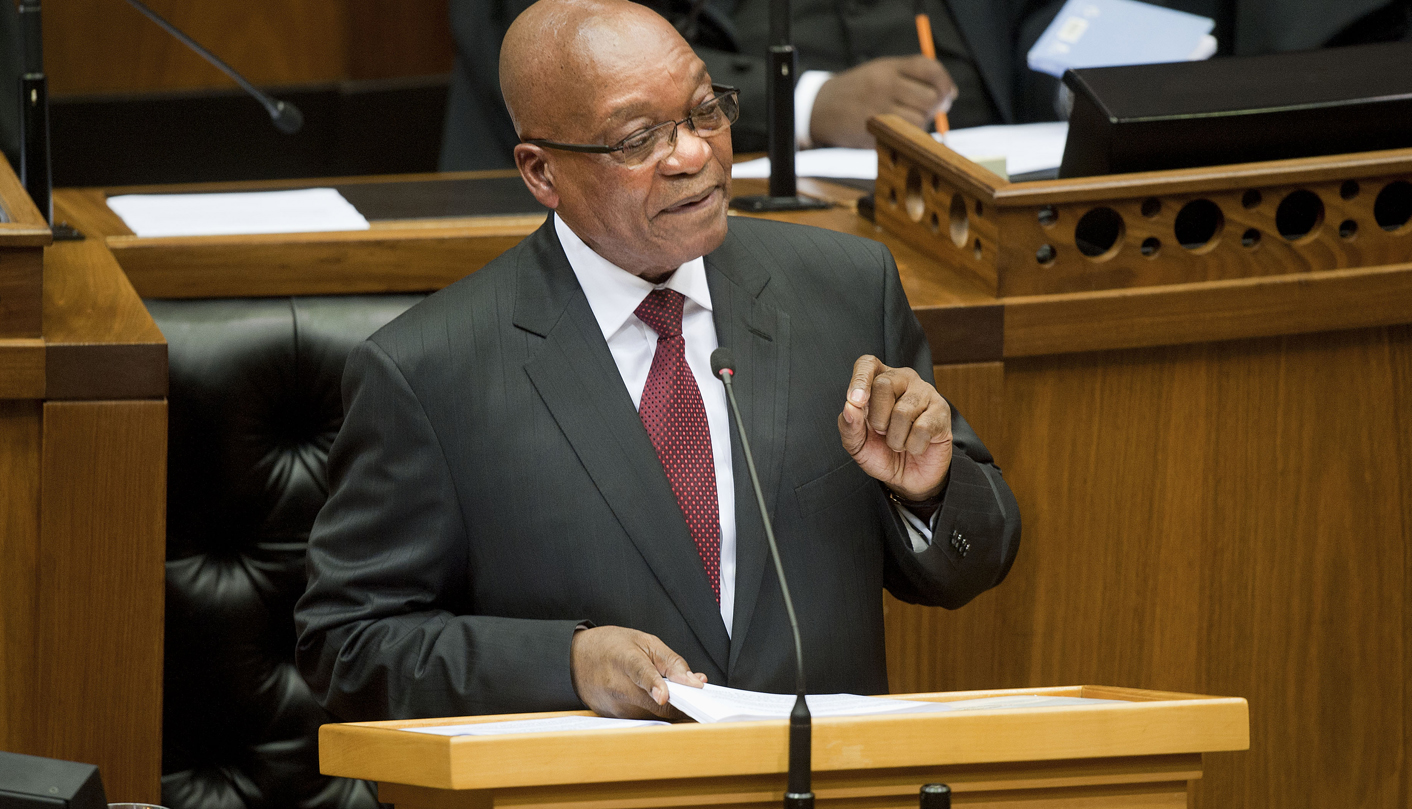 Wednesday is the 14-day deadline for President Jacob Zuma to respond to the National Assembly on Public Protector Thuli Madonsela’s report on the upgrades to his residence in Nkandla. If defiant comments on the subject reportedly made by the president in Gugulethu last weekend are anything to go by, it’s unlikely that he will contritely accept her findings. REBECCA DAVIS looks at what might happen next.

It’s not just members of the public, journalists and opposition politicians waiting to see how Zuma will respond to the 14-day deadline post-Nkandla report release. ANC secretary-general Gwede Mantashe said at a press conference on Monday, following an NEC meeting in Cape Town at the weekend, that the ANC would not interfere on the matter before Zuma had met his deadline for a response to Parliament.

That deadline expires on Wednesday. One of the remedial actions laid down by Madonsela’s report – together with paying back a “reasonable percentage” of the costs associated with the upgrade that do not relate to security – was that the president must “report to the National Assembly on his comments and actions on this report within 14 days”.

Madonsela’s power to demand this is in terms of the Executive Members’ Ethics Act. The same act requires that the Public Protector “must submit a report on the alleged breach of the code of ethics within 30 days of receipt of the complaint”. As we know, Madonsela’s report was almost two years in the making. Madonsela told journalists that the presidency cited the Public Protector’s failure to meet the 30-day deadline as justification for why Zuma would not be able to meet his 14-day deadline either.

Madonsela pointed out, however, that it had taken nine months, and repeated contact, for Zuma’s office to respond to her requests for information.

Taking Mantashe’s comments to media on Monday as a guide, it seems likely that Zuma will meet the deadline. “What we did not do is to say to the president ‘please report to us’, because if we do so, we would be undermining the process that is ending on Wednesday,” Mantashe said. “The president is expected to report to Parliament on Wednesday.”

The National Assembly is in recess at the moment, so this doesn’t mean that Zuma is going to physically stand up in front of Parliamentarians on Wednesday to make his case. If all goes according to plan, he is expected to submit his response to speaker Max Sisulu, who assured Freedom Front Plus parliamentary leader Pieter Groenewald in a letter on Monday that it would then be tabled in the National Assembly, and Sisulu “will thereafter consult with all political parties before deciding on any parliamentary process”.

But there are a number of options for what Zuma’s response may constitute on Wednesday. Despite Mantashe’s suggestions that he will meet the deadline, he could opt not to do so, as a snub to the authority of the Public Protector, but this would likely earn him the further opprobrium of not just opposition politicians but also members of his own party, who already show signs of being divided on the matter.

If Zuma does meet the deadline, he could respond that he accepts Madonsela’s findings and commits to repaying at least part of the costs for elements of the upgrade like the swimming pool and the visitors’ centre. There’s every indication that he will not do so, however, given comments made to a crowd in Gugulethu on Sunday – his first public statements on the matter.

“I did not use the public’s money in Nkandla,” Zuma reportedly told the crowd, saying that he could not be expected to pay for upgrades he had not asked for. Does this sound like a man whose parliamentary response will unreservedly accept Madonsela’s findings? We suspect not.

Another option is that Zuma may announce that he does not accept the report’s conclusions and is taking the matter under review. In an interview on Cape Talk on Tuesday, constitutional law expert Pierre de Vos pointed out that the report would have to be reviewed by a court on the grounds of “rationality”: essentially that the Public Protector either ignored the relevant law or misinterpreted it. De Vos, who was one of the original Nkandla complainants, described this as “very difficult to actually prove”, and said he would be “very surprised” if any court found the report to be irrational.

Opposition politicians, for whom Nkandla is a giant pre-election gift, have their own plans afoot. In a press conference in Cape Town on Monday, the DA reiterated that they had submitted a motion to Speaker Sisulu to urgently convene an ad-hoc parliamentary committee to investigate whether Zuma misled Parliament and interfered in Madonsela’s report.

The DA wants to see Zuma impeached in terms of Section 89 of the Constitution. What this would entail is that the ad-hoc committee would submit their findings to the National Assembly, and two thirds of the members would have to agree that the president is guilty of serious misconduct and should be removed from office. Of course, it’s highly unlikely that this will succeed. This being the case, what’s the point?

The pressure must weigh heavily on Sisulu, who has the final say in whether such an investigative committee should be set up. Will Sisulu be able to make such a decision without considering whether it would affect his own political aspirations within the ruling party?

“I certainly believe Max Sisulu to be a man of integrity,” Mazibuko said. DA chief whip Watty Watson agreed, saying that the Speaker should be given the benefit of the doubt before he announces his decision on the matter.

“What is a bit worrying is that the actions to appoint such a committee have not yet been taken,” Watson said.

Watson also clarified that even if the ANC seeks to delay matters so that it is impossible to run an investigation before the elections of 7 May, the DA would reintroduce their impeachment motion at the start of the fifth Parliament. “So the fight will continue,” Watson said.

Mazibuko described it as “shameful” for the ANC to seek to present their presidential pick to the post-election parliament while the shadow of Nkandla still hung over his head. It is, she said, “in everyone’s best interests” for the matter to be dealt with swiftly and conclusively.

But it is also, of course, in the opposition’s interests to keep Nkandla on the forefront of the public consciousness while elections approach. They’re not missing any chance to do so, including releasing an April Fool’s statement announcing that Western Cape Premier Helen Zille’s private home would be upgraded with features including a “decontamination Jacuzzi” at the expense of the Western Cape government. It’s unlikely that there were many chuckles coming from the vicinity of Number One. DM