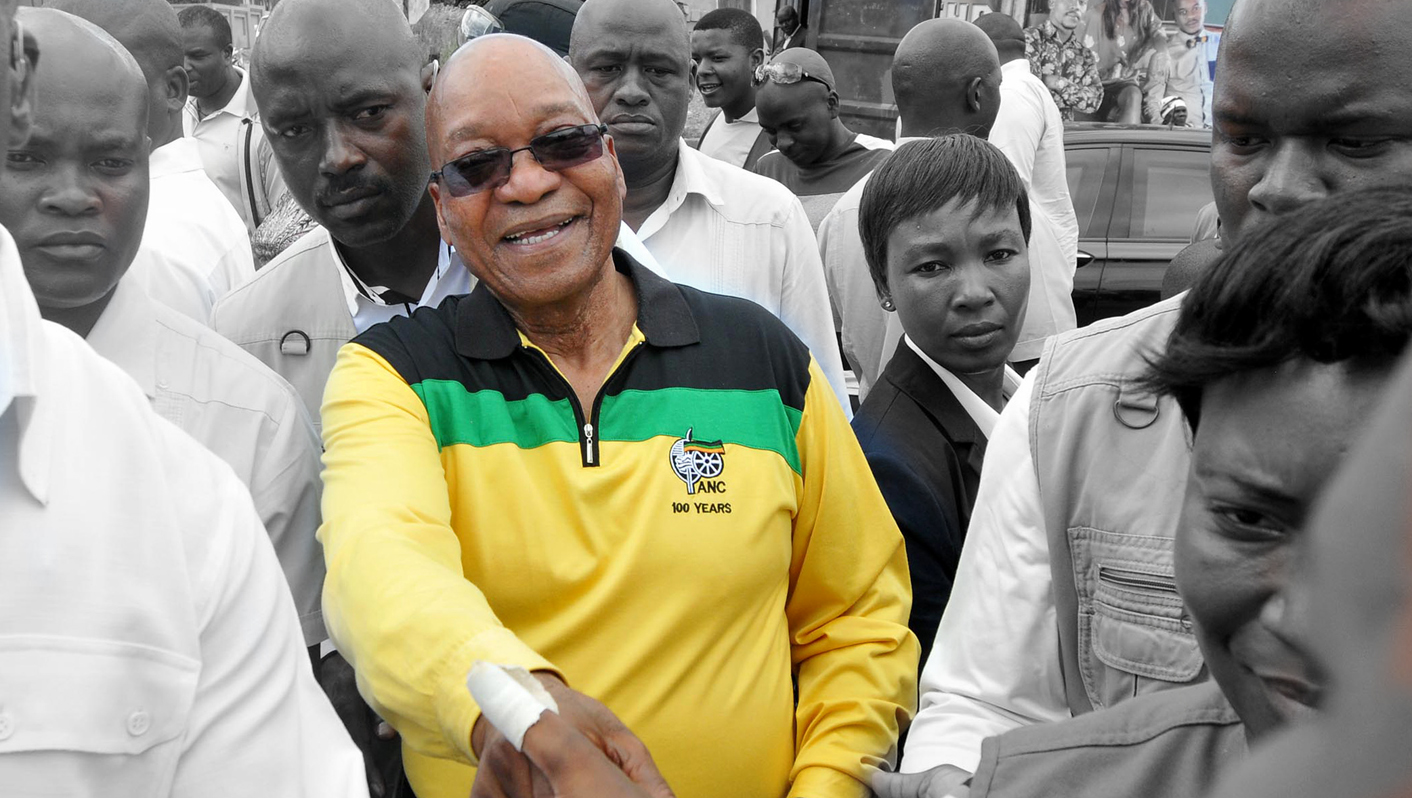 Mr President, not the most sycophantic member of the press nor the most protective layer of the government should convince you that South Africa is doing well under your stewardship. It is not. The question is, do you care? By STEPHEN GROOTES.

As someone privileged and arrogant enough to talk and write about politics for a living, it’s been a busy time for me. And wherever I go these days, I hear one word; it’s a geographic place-name in KwaZulu-Natal, the place where you’re from. And at literally every social function, family event or braai I go to, I get asked the same question. Will you survive? Will you really last out your entire second term, presuming your party will win it on 7 May? And how on earth is that at all possible?

I must admit, I find myself conflicted in my answers.

There’s my emotional answer, my white middle-class frustration, my anger at how the taxpayer’s money is being used and misused, and how devastating that must be for the party that embodies it.

And then I try to get away from the anger we see all over the media and the national discussion at the moment; there’s my other-side-of-the-brain response, a rational, sober look at the structure of the ANC, your place within it, and the reality of that it is truly unlikely that anything will change, not while you are in such a tight, total control.

I simply cannot marry the two together.

As a middle-class man, there are moments when I just want to point and shout “liar liar” at you. I want to tell my children that this is the man whose example you should not follow. I simply cannot turn my eyes away from the letters and correspondence that appear to show how you must have known everything.

For goodness’ sake, Mr President, it’s your home, you’ve been there many times, you are (presumably) in contact with your wives who live there, you must have known what was going on.

And how could someone who is as rational as you are go on TV and say that you simply “didn’t ask for it and therefore I won’t pay for it”? It’s insulting. It insults every South African, female and male, young and old, poor and rich, well-read and illiterate, citizen and peasant, black, white, Indian, coloured. It insults our intelligence, it insults our sense of decency.

And, Mr President, as a voting citizen, I ask that you please show me at least some respect, and refrain from laughing in your response.

From anyone else this would all be bad enough. From you, Sir, it’s piled on the top of your appointment of Menzi Simelane as National Prosecutions boss, of the damage you did to the National Prosecuting Authority when you had your charges “withdrawn”, of your post-coital shower, of your protection of Richard Mdluli, of the fact that every time you act, it seems to be only in your own self-interest, and never in the interests of the nation. Your security apparatus turned their arms against your own people when they massacred 34 miners in Marikana and, even today, their families and communities are harassed daily. (You kept your Minister of State Security when his spouse became a convicted drug trafficker?) Your friends use South African military airports as their private landing strips. You made us fear for our freedom of expression. I could go on, for hours.

There is a part of me that wishes I could turn the clock back to that rainy day at the FNB stadium so that I could boo you too.

But that is anger and frustration speaking.

In my less irrational moments, I try to step back a bit.

If, as it is the case here, the majority of the country back you Sir, then obviously, you must stay. Isn’t that what democracy is about?

As a journalist, I am also acutely aware that media organisations, here and in many other democracies, can hunt as packs, that often they can’t be satisfied by anything other than the taste of blood. In South Africa, the media can hardly claim to hold the higher ground on morality: it is mostly a middle class morality, or a certain strand of it, that dominates this space. So, then I have to ask, are you being treated fairly? Well, you may feel that you are not. After all, you have always treated most of our media as an opposing force, as an enemy. But why then, have you given them such a big weapon to use against you? Because there are so many almost-smoking-guns that it’s impossible for reporters to stop these stories coming.

There’s simply too much data showing that you don’t seem fit to be the president.

At the same time, I also completely understand that you do hold the reins of power within the ANC, after a free and fair democratic leadership election. It’s because of that that Gwede Mantashe could quite truthfully say Nkandla was the shortest discussion at this weekend’s National Executive Committee meeting. You have too much support for anyone to take you on. It would be pointless to even try. Then again, those who want to speak in your favour may have found it quite difficult to actually find something to say. As a result, neither your supporters nor your critics had anything to say.

Mr President, there is a strange kind of almost-silence from many of the ANC structures. While the ANC and your alliance partners have obviously come out in your favour and sort of against the Public Protector, it’s not like those heady days in the run-up to Polokwane in 2007. We haven’t had provincial structure after provincial structuring releasing statements in your favour; maybe that’s still to come. But there is part of me that’s reminded of a similar silence during what appeared to be the height of Thabo Mbeki’s power.

During that time he could do almost anything, and no one would dare criticise him or go against him. NEC meetings were quiet affairs, again, like the one this weekend. But resentment was building up. Anger and frustration were mounting, more and more people died from AIDS, more and more people were rumbling about Mbeki’s dictatorial tendencies. In the end, when the reaction came, it was brutal. Partly because you allowed it be.

Of course, I realise things are different right now, in 2014. But after the ANC’s 2017 congress, when you may not control the NEC anymore; things could be different. If there will be whirlwind, you will be the one to reap it.

But I do want to ask you this. Do you ever think about how people will talk of your time in your office? Of what your “legacy” will be? Do you ever think that actually, when children ask their parents about the “Zuma years”, those mothers and fathers won’t just hush them and talk about something else, about Nelson Mandela, and maybe even Thabo Mbeki instead? Do you ever wonder what you have actually done for this country as president? Sure, there’s the progress on AIDS. Things were so bad under Mbeki that these were relatively easy policies to change. But what have you, Jacob Gedleyihlekisa Zuma, actually done while being the most powerful person in the country?

How did you make sure your people, the people of South Africa, wake up every morning in a country that is better than the one they left the night before? Do they feel inspired by you? Do they feel the country is doing well under your stewardship? Are they, especially the youth, looking forward to their own future?

Mr President, no sycophantic member of the press or protective layers of the government officials around should convince you South Africa is doing well these days. It is not. Do you care?