The ANC presents: Nkandla’s amphitheatre of the absurd 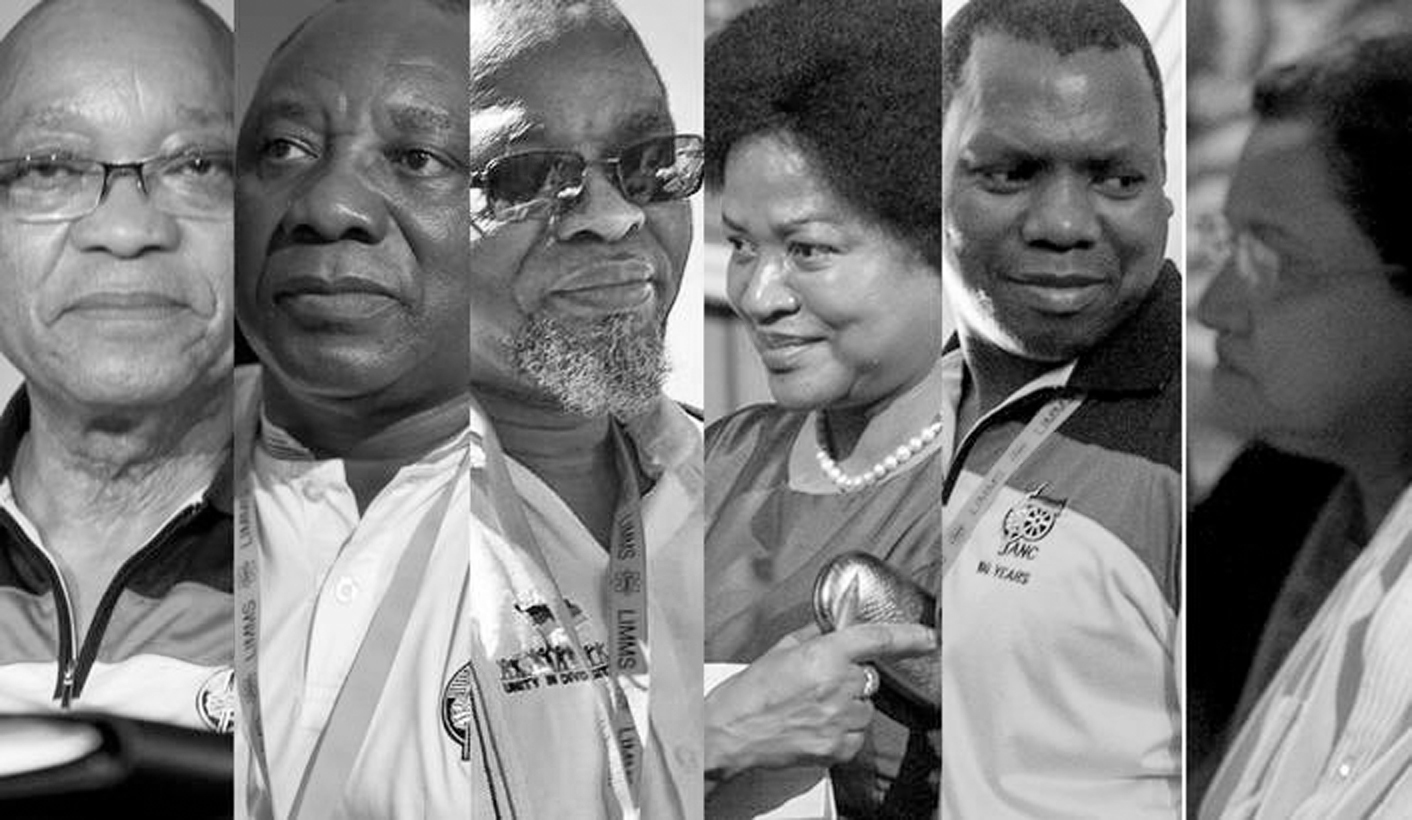 Had ANC secretary general Gwede Mantashe addressed Monday’s media conference dressed as a court jester, wheeling around on a unicycle, juggling coloured balls in the air, it might have all made sense. However, Mantashe was standing there in all seriousness, representing a 102-year-old organisation, with the ANC and South Africa’s flags on either side of him, saying the Public Protector’s report on the Nkandla upgrades was not about President Jacob Zuma. The ANC was taking no action and had no recommendations regarding remedial action for the various legal and ethical breaches. And so, a Monty Pythonesque surrealism has replaced logic, and the “preoccupation with Nkandla”, rather than the abuse it represents, is seen as the problem. By RANJENI MUNUSAMY.

Of course the ANC national executive committee (NEC) was going to rally around President Jacob Zuma and protect him from facing any consequences stemming from Public Protector Thuli Madonsela’s report on the upgrades at his Nkandla home. The committee is stacked in his favour, and barring a few notable exceptions such as ANC veteran Pallo Jordan, most people in the NEC do not see why the R246 million upgrade is the scandal it is made out to be.

From the comments Zuma made on Sunday while on the election campaign trail in the Western Cape, it was also quite clear that he sailed through the NEC meeting and faced no grief as a result of his private home being the centrepiece of an epic scandal weeks before the national elections. Zuma was quite brazen that he would not pay back the state for the benefits he derived which did count as security upgrades.

“They did this without telling me,” Zuma was recorded as saying while campaigning in Gugulethu. “So why should I pay for something I did not ask for?” Zuma is confident that nobody in the leadership of his party will call him out on this or tell him to reimburse the state for the benefits he will enjoy at his rural estate. And Zuma is quite certain that he will never have to account to his party, which deployed him into government, for the upgrades to his home or for why he never questioned or stopped them.

The weekend meeting was the last time the ANC NEC would meet before the 7 May elections. Despite the Nkandla issue dominating news reports and national discourse, ANC secretary general Gwede Mantashe told the media briefing that this was the shortest discussion on the NEC agenda. “What we did not do is say to the president report to us,” Mantashe said. He said this was because the ANC had to await other processes to unfold.

“There are processes that need to be given a chance, like the pending report of the president, expected in due course, progress on the work by the Special Investigation Unit,” Mantashe said. This presumably means that during the “short” discussion on Nkandla during the NEC meeting, Zuma indicated that he would be responding to the Public Protector’s report to meet her 14-day deadline, which expires on Wednesday.

Zuma has two options in the way he can respond. He can either to accept the Public Protector’s findings and implement her recommendations – which include paying back a percentage of the costs for the swimming pool, visitors’ centre, cattle kraal, chicken run and amphitheatre – or seek to challenge and overturn Madonsela’s findings. The only indication directly from Zuma so far is that he has no intention of paying for the benefits he derived.

It is not known what else Zuma told the NEC as Mantashe said he could not give a “verbatim” account of the discussions. He said he could not answer questions about Zuma’s accountability because the Nkandla matter was not about the president but about upgrades done by other people at his house. Will money be paid back to the state? “I don’t think we have the wisdom to answer that,” was Mantashe’s response. Did the ANC recommend that he should pay? “The ANC recommends nothing.”

And so it went on and on. Journalists attempted to ask questions in different ways to draw answers that would indicate the ANC had some appreciation of the fact that the Nkandla upgrades were wrong and that people in its senior ranks had to face the consequences for them. Instead the media was told that it had a preoccupation with Nkandla, which was a reflection of the poor quality of journalism.

There were other Pythonesque moments during the media conference.

Reading from the written statement, Mantashe said “guided by the overview of the president, the NEC affirmed and recommitted itself to high levels of public accountability and the protection of independent institutions created by our Constitution”.

The statement went on to say: “The NEC has committed itself to continue to talk to our people on any matter that affects them; we also believe that building of trust should be at the heart of such interaction. What we have observed in the public discourse, are the high levels of discussion on corruption; a clear reflection that we have pitched our standards as a country high and we should correctly continue to do so. We also need to move from talking to acting by working together in fighting corruption.”

It must have been truly bizarre for the NEC to discuss matters such as public accountability, protection of institutions such as the Public Protector’s office and corruption in isolation from the “short” discussion on Nkandla. It is also peculiar that nobody in the 80-member NEC thought to point out that the best way to “move from talking to acting” on corruption was for the ANC to take strong action against those in its ranks found guilty of acting improperly, maladministration or violating the Executive Ethics Code and Constitution.

But Mantashe intimated that after reading the Executive Ethics Code and the section in the Constitution, which Madonsela had cited in her findings against the president, they felt her conclusions were “off the mark”. He also mentioned that there were “teams” dealing with the issue on behalf of the people cited in the report, a strong signal that a multiple challenge of the Public Protector’s report was coming.

The pièce de résistance, however, was the ANC calling to order “senior cadres” who spoke negatively in public about the organisation. “The NEC raised concerns about senior cadres of the movement who do not bother engaging structures of the movement, but talk negatively about these structures in the public domain. It was resolved that such individuals should be engaged.”

It is not known whether these “concerns” were also raised during the “short” discussion on Nkandla. No names were mentioned in the statement but a number of senior former ANC leaders including Ronnie Kasrils, Kgalema Motlanthe, Thabo Mbeki and Trevor Manuel have responded to questions publicly on the matter. Mantashe said while ANC members do not “deliberately harm the ANC”, the public utterances were “not helping the ANC” and “causing more damage”. So by “engaging” its former leaders, the ANC presumably wants to tell them to kindly keep their opinions to themselves.

Thus ends the ANC’s contribution to the Nkandla debate. While government is gearing to unleash its response to the Public Protector’s report, the ruling party has said as much as it can – very little – on the matter and would like us all to believe this is much ado about nothing. In the ANC’s parallel universe, Zuma is an unfortunate victim of a horrible travesty visited on him and South Africans demanding accountability are all busybodies interfering in affairs which have nothing to do with them.

It’s all seems like an elaborate April Fools joke. Except it is not. DM