Gay marriage rights: No cause for complacency 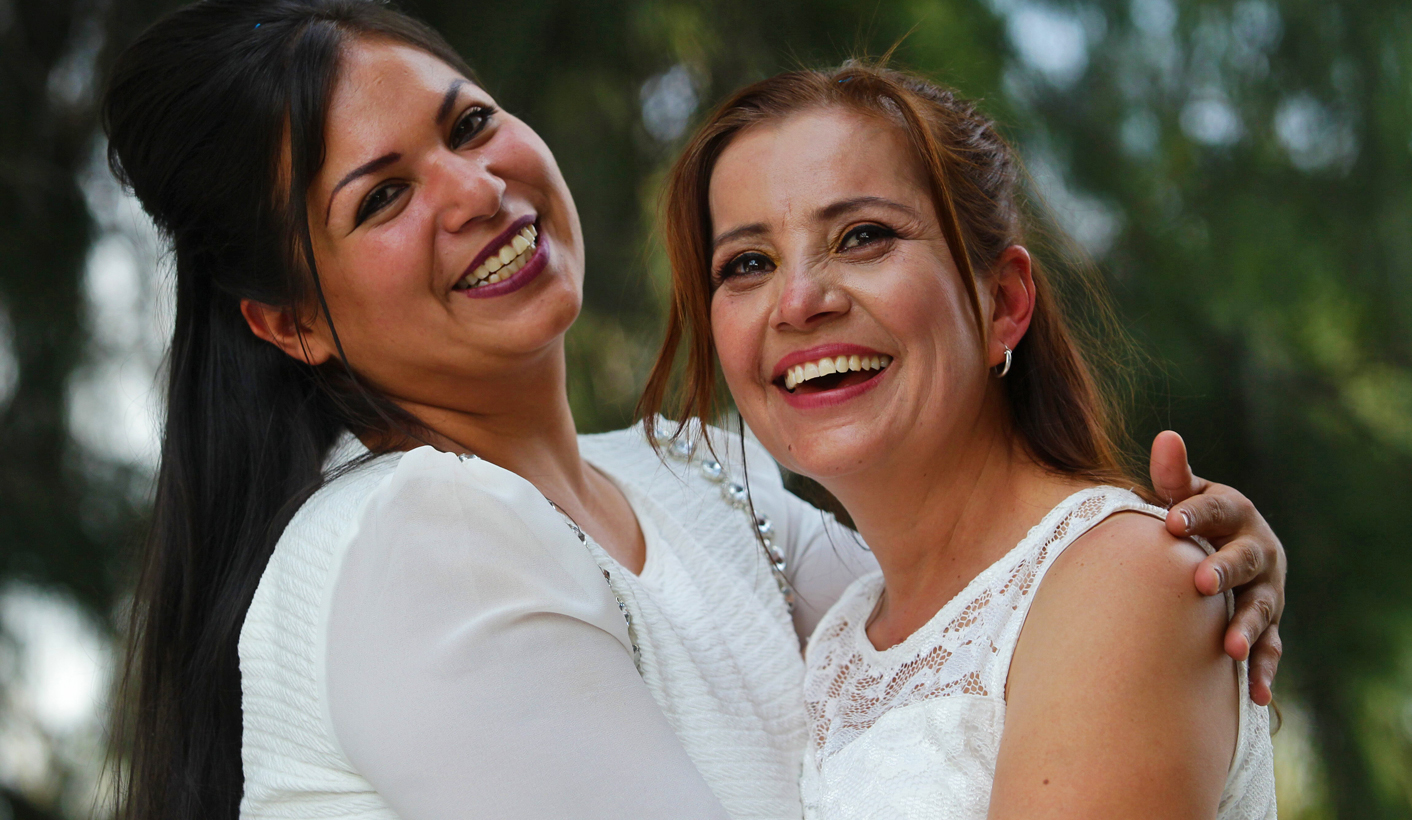 As of this weekend, gay marriage is legal in England and Wales, the fourteenth and fifteenth countries worldwide to allow this. The irony is that the greater the freedom of Western gays, the more that gays in Africa, Russia and elsewhere may pay the price, as their leaders seek to differentiate their countries from the dissolute West. And as we know in South Africa, the right of gays to marry doesn’t necessarily mean their rights are protected in practice elsewhere – as witnessed by a brutal recent murder. By REBECCA DAVIS.

“When people’s love is divided by law, it is that law that needs to change.” With these words, British Prime Minister David Cameron welcomed the legislative change in his country that now sees gay couples legally entitled to marry. Singer Elton John and his partner David Furnish are reportedly two of the Britons seeking to avail themselves of the legal right to marry as soon as possible.

Civil partnerships have been legal in the UK since 2005, but full and equal marriage rights were only legally bestowed on 13 March this year: the date on which UK gays were able to register their intention to marry. Those in civil partnerships will eventually be able to convert them to marriages, but this is not yet legally possible. It’s anyone’s guess how many people will take advantage of the change in law, but the British government estimates that there will be around 6,000 same-sex weddings and civil partnerships per year.

In the US, there’s a similarly growing legislative acceptance of gay marriage. On 21 March this year, the state of Michigan’s ban on same sex-marriage was struck down by a judge, sending gay people rushing to marry the very next morning. The legal status of these marriages is still unclear, though the US Attorney General said that the couples would be eligible for the same federal benefits as those in straight marriages. “Our marriage is legal but not quite legal enough,” one couple told the LA Times.

It’s been a long road. Proponents of gay marriage have framed the struggle for this right as equivalent to the black civil rights movement, and the fact that in some American states it was still illegal for a black person to marry a white person in 1967. The Netherlands became the first country in the world to allow gay marriage, in 2001. Now there are fourteen others, together with seventeen states in the USA.

Part of the reason for the glacially slow movement on the issue has been that there is not even consensus among the gay community about whether same-sex marriage is desirable. Some reject the idea because of its patriarchal baggage. Others do so on religious grounds. Well-known art critic Brian Sewell wrote in a recent op-ed for the Telegraph: “Most of us are content with what we now have within the law, and are happy to respect the deeply held belief of sincere, thoughtful and informed Christians for whom marriage is the one sacrament in which we cannot share.” He concluded: “We have wasted our resources on the wrong campaign – the battle still to be won is against prejudice, the most insidious of enemies.”

As we know all too well in South Africa, the existence of gay marriage in a country cannot be read as a reliable barometer of that country’s attitudes towards gay people, as four recent incidents can attest to.

In the first, the SA Human Rights Commission is carrying out an investigation into the Kilcairn wedding venue, outside Cape Town, after they recently refused to allow a gay couple to be married there. This is far from the first incident of its kind. As constitutional law experts have repeatedly explained, it is illegal even for private companies to make this kind of discrimination on the basis of sexual orientation.

Last week Free Gender’s Funeka Soldaat told the Khayelitsha Commission of Inquiry of the disparaging treatment of lesbian women, who had attempted to report crimes, by Khayelitsha police officers. When photographer Clare Carter collected the testimonies of lesbians who had suffered so-called “corrective rape”, the most common reaction from police was laughter.

The South African government’s refusal to condemn the passing of Uganda’s notorious anti-gay bill also suggested an institutional apathy to the plight of gays at odds with the Constitution’s stated commitment to human rights. In the face of the uproar, the government’s release of a statement saying they took note of the “recent developments” and “will, through existing diplomatic channels, be seeking clarification on these developments” was widely condemned as insufficient.

As activist Melanie Judge wrote, “What’s to clarify? This indicates a deep reluctance to name recent events in Uganda and to take a position on them. It also implies, through the seeking of clarification, that there might be some legitimate rationale for criminalising your own citizens because of their sexual or gender identity.”

More recently, gay activist Paul Semugoma was only allowed to stay in South Africa after human rights advocates voiced concerns over his safety if he were sent home to Uganda. Semugoma left the country after the killing of his friend, activist David Kato.

While many South Africans scrambled to condemn the Ugandan law, the safety of gays in their own country is by no means assured, despite its liberality of laws. Just over a week ago, a 21-year-old gay man from Ceres was murdered in an attack shocking in its brutality. David Olyn, whose sexuality was well known in the community, was tied up with wire, bludgeoned with a brick, and had his face jumped on. A group of teens were invited to watch the murder by a man who told them he was “going to kill a moffie” (gay man).

The youths who stood by and witnessed the crime only returned the next day to see if Olyn was alive.

The legalisation of gay marriage in (mainly) Western countries can create the impression that the battle for gay freedom is largely done and dusted. This radically obscures the reality of the total picture. The US State Department said last month that 2013 was one of the worst years for global human rights in years. “The year 2013 may well be known for some of the most egregious atrocities in recent memory,” the state department’s Uzra Zeya said. The report highlighted the treatment of protestors in countries like Egypt and Syria, but also the “rising violence and discrimination” against gays worldwide.

This year, if anything, looks set to be worse. Only ten days into 2014, Cameroonian Jean-Claude Mbede died at 34 while fighting a conviction for “homosexuality and attempted homosexuality”. Vladimir Putin’s Winter Olympics went ahead despite Russia’s homophobic law. Uganda and Nigeria have signed anti-gay statutes into law.

The leaders of these countries have all declared themselves to be taking a stance against the moral corrosion of the West. As such, the increasing freedom for gays in liberal countries may come at a terrible price: the safety of gays elsewhere. DM