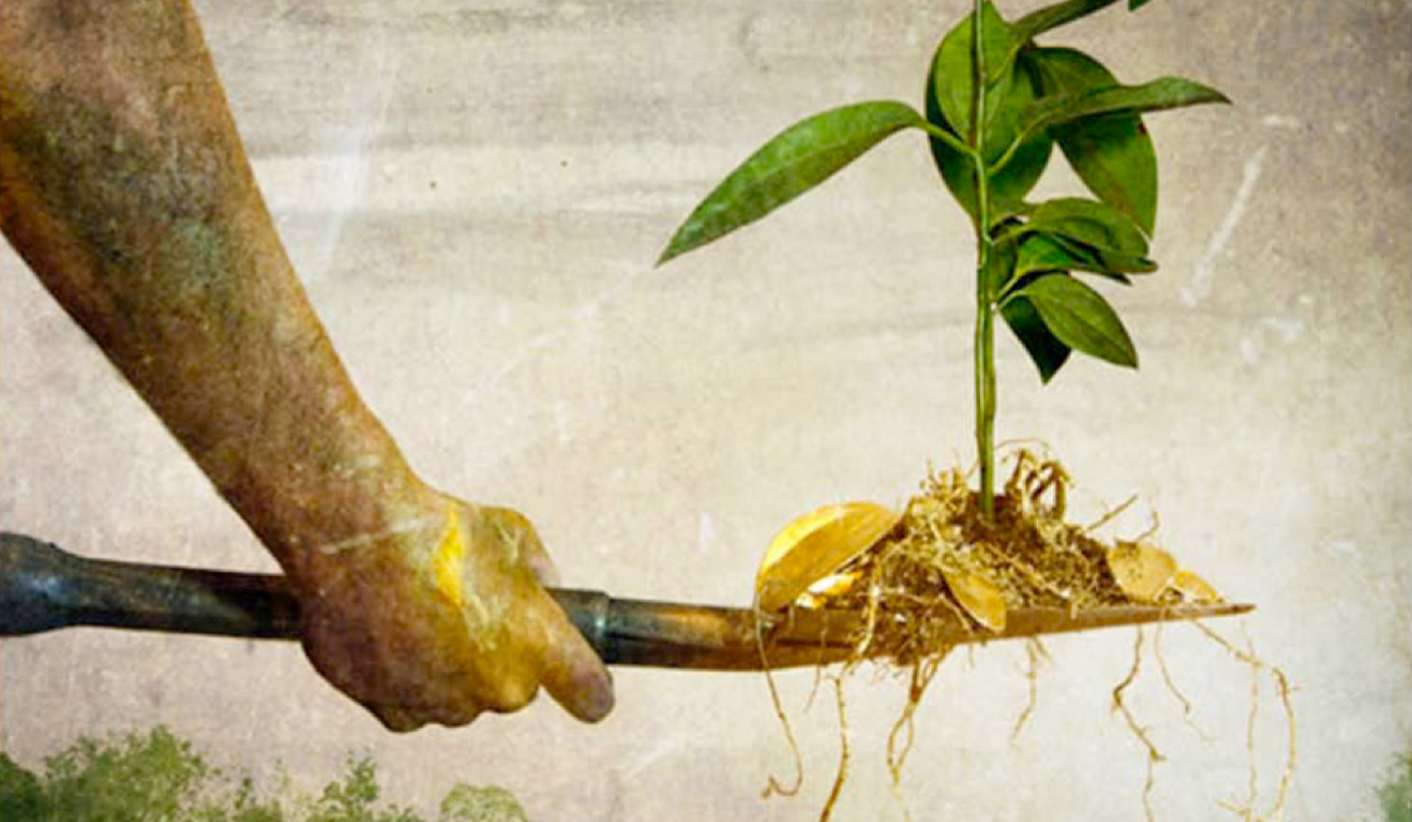 Don’t tell Ivo Vegter, but there’s a new Eco Film Festival in town and it kicked off this week. You can still catch the lion’s share of the films this weekend and on Monday, and every ticket comes with the chance to plant a tree – so there’s no reason Cape Town’s greenies can’t still get their film on. By MARELISE VAN DER MERWE.

Daily Maverick first encountered Dougie Dudgeon before the Recovery Film Festival, which was also a film first for Cape Town, kicked off by Dudgeon in line with his passion for addiction and recovery. (Dudgeon is a long-term addictions counsellor with a deep interest in what it means to be ‘in recovery’.)

This time, inspired by the success of his first film festival, he’s branching out: taking the green route and partnering with co-founder Andreas Wilson-Späth to bring Cape Town it’s first environmental film festival, the Eco Film Festival. The pair have brought on board a number of green partners including Greenpop, whose intriguing TEDx talk this writer attended recently at UCT. Greenpop, for those who don’t know, is essentially a tree-planting extravaganza that started from zero but has grown into an immensely successful social enterprise that plants trees in under-greened areas, creating employment along the way. Every ticket purchased for the film festival includes a donation to Greenpop.

The Eco Film Festival, which kicked off on Thursday, includes the screening of 25 films of various lengths, ten of which have never been screened in South Africa previously.

Among the films on offer is a combination of local and international fare. This includes an Afrikaans feature-length film entitled Op Theefontein, as well as some shorter local English films; Dudgeon says he hopes that in future years, more local directors will be submitting their work.

Still to be screened at the festival are the full-length feature documentaries Amazon Gold, In Transition 2.0, Bringing it Home, Op Theefontein, In Organic we Trust, More than Honey, Thin Ice and The Carbon Rush.

Let’s bring in the big guns first: Amazon Gold is narrated by Sissy Spacek and Herbie Hancock. It tells the story of a hidden journey bearing witness to the destruction of the Amazon in the pursuit of illegally mined gold. Ron Haviv and Donovan Webster, two war journalists led by a Peruvian biologist, uncover the savage destruction of several sections of pristine rainforest. The film has a good couple of festival awards under its belt.

Bringing it Home tells the story of a father who wanted to find healthier building materials for his daughter Bailey, who has a rare genetic disorder and sensitivity to synthetic chemicals – and ended up building the world’s first hemp house. Hemp with lime is a non-toxic, energy efficient, mildew, fire and pest resistant building material. The problem? It’s, um, a little bit illegal to farm hemp. The Herald-Sun gave the film the following review: “… Humorous, educational, and at times, infuriating. The infuriating part has nothing to do with the film itself, but what Booker and Johnson are documenting: the 1970 federal Controlled Substances Act…” Watch it and decide, I guess.

As for More than Honey, Albert Einstein famously warned that if bees were to disappear from the planet, mankind would have four years to live. If you’ve clapped eyes on a newspaper in the last ten years, you probably know that scientists have their knickers in a twist over the mystery of why bees are disappearing. As the More than Honey website puts it, “Over the past 15 years, numerous colonies of bees have been decimated throughout the world, but the causes of this disaster remain unknown. Depending on the world region, 50% to 90% of all local bees have disappeared, and this epidemic is still spreading from beehive to beehive – all over the planet. Everywhere, the same scenario is repeated: billions of bees leave their hives, never to return. No bodies are found in the immediate surroundings, and no visible predators can be located.” In short, if we can’t figure out why the bees are vanishing and solve the problem, we’re pretty much screwed. Nonetheless, the Guardian described this film as “interestingly laid back”, which is pretty interesting, if you consider the magnitude of the problem it’s pondering. That said, it scored a solid three stars there, and it’s won a total of nine European film awards.

Thin Ice is something a little different: it’s really about the scientists involved in understanding climate change. It began as a discussion between friends Peter Barrett and Simon Lamb at a climate change conference, who wanted to depict the extraordinary range of activity and scientific work needed to understand climate change. They began researching the work done by scientists on four continents and documented the process as they explained their work measuring changes in the atmosphere, oceans and ice sheets. They also discovered how scientists use computer models to understand the effects of those changes. The result was Thin Ice.

More big names made it into The Carbon Rush, which is narrated by Daryl Hannah and takes on the tricky subject of carbon trading. It’s supposed to be the story of the good guys – working to offset the damage done by fossil fuels and earning so-called “carbon credits” – but there is also a disturbing cost to this multi-billion dollar “green gold” industry. “Indigenous rain forest dwellers are losing their way of life. Waste pickers at landfills can no longer support themselves. Dozens of Campesinos have been assassinated,” IMDb’s synopsis of the film summarises. The Carbon Rush’s researchers travelled across for continents to investigate the cost of carbon trading and find out who gains, who loses, and what it actually achieves.

Far from struggling to find material to screen, the problem was too much rather than too little, says Dudgeon. “We’ve got so many brilliant environmental documentaries to share that we’ve had to extend the length of the Festival by a day,” he says. Running short was never going to be a problem.

The key, he adds, is that many of the films had to be solution-driven, not only presenting problems but also often kicking off campaigns that tackled the issues covered head-on. “For me it is also important that so many of the films we screen point out problems, but suggest solutions and almost always start building online presence and campaigns that prolong the effectiveness of the film’s statement,” he says.

Wilson-Späth has stressed the importance of bringing variety into the menu. “Whether you’re interested in fracking or industrial hemp production, genetic engineering or climate change, the fate of the world’s bees or organic food – we’ve tried to make sure there is a documentary film there for you,” he says.

“The hope is that the festival will raise consciousness about environmental problems, initiate public discussion about these issues and encourage our audiences to do something about them, both in their own lives as well as in broader society.” DM

* The Eco Film Festival is on at the Labia Theatre on Orange until 31 March. For the full programme, please visit www.capetownecofilmfestival.com