Obama says US needs to win back trust after NSA spying 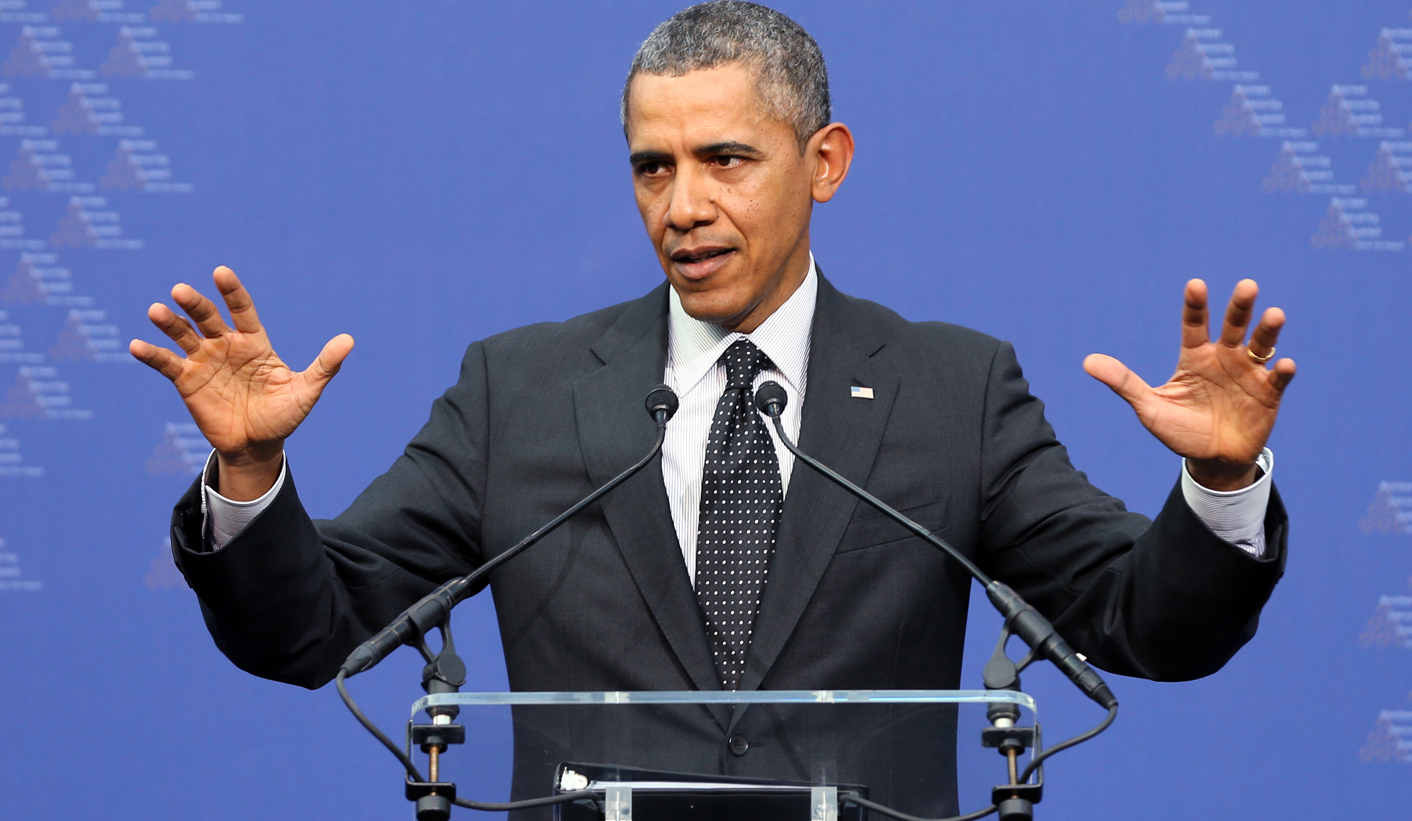 President Barack Obama said on Tuesday that U.S. intelligence agencies were not snooping on ordinary citizens, but admitted it would take time to win back the trust of European governments and people after revelations of extensive U.S. surveillance. By Adrian Croft.

Obama said one of the aims of his trip to Europe this week was to reassure allies that he was acting to meet their concerns by limiting the scope of data-gathering.

“I am confident that everybody in our intelligence agencies operates in the best of intentions and is not snooping into the privacy of ordinary Dutch, German, French or American citizens,” Obama told reporters after a nuclear security summit in The Hague.

However, Obama said he recognised that “because of these revelations, there is a process that is taking place where we have to win back the trust, not just of governments, but more importantly of ordinary citizens, and that is not going to happen overnight.”

As Obama began his trip to Europe on Monday, a senior administration official said Obama planned to ask Congress to end the bulk collection and storage of phone records by the NSA but allow the government to access the “metadata”, which lists millions of phone calls made in the United States, when needed.

Obama said he was confident that the change “allows us to do what is necessary in order to deal with the dangers of a terrorist attack, but does so in a way that addresses some of the concerns that people have raised”.

“I am looking forward to working with Congress to make sure that we go ahead and pass the enabling legislation quickly so that we can get on with the business of effective law enforcement,” he said.

He said this was “an example of us slowly, systematically putting in more checks, balances, legal processes. The good news is that I am very confident that it can be achieved.”

Allegations in Britain’s Guardian newspaper that the United States had monitored the phone conversations of 35 world leaders including German Chancellor Angela Merkel caused outrage in Europe last year. Germany summoned the U.S. ambassador for the first time in living memory.

In response, Obama in January banned U.S. eavesdropping on the leaders of close friends and allies, and began reining in the vast archive of Americans’ phone data, seeking to reassure Americans and foreigners alike that the United States would take more account of privacy concerns.

He said on Tuesday that, although some coverage of the Snowden revelations had been sensationalised, fears over privacy “in this age of the Internet and ‘big data'” were justified.

He also voiced faith in strong U.S. ties with Europe, saying the issue could be an “irritant” but did not define the relationship.

He said intelligence played a critical role in U.S. cooperation with other countries in countering terrorism, nuclear proliferation or human trafficking.

As technology had evolved, however, “the guidelines and structures that constrain how our intelligence agencies operated have not kept pace with these events and this technology”, he said.

“There is a danger because of these new technologies that at some point it could be abused, and that is why I initiated a broad-based review.”

He said U.S. intelligence teams were consulting closely with counterparts in other nations to ensure there was greater transparency about U.S. activities. DM

Photo: U.S. President Barack Obama addresses a news conference at the end of the Nuclear Security Summit in The Hague March 25, 2014. REUTERS/Francois Lenoir