Brotherhood head, 682 others tried in Egypt after mass death sentence 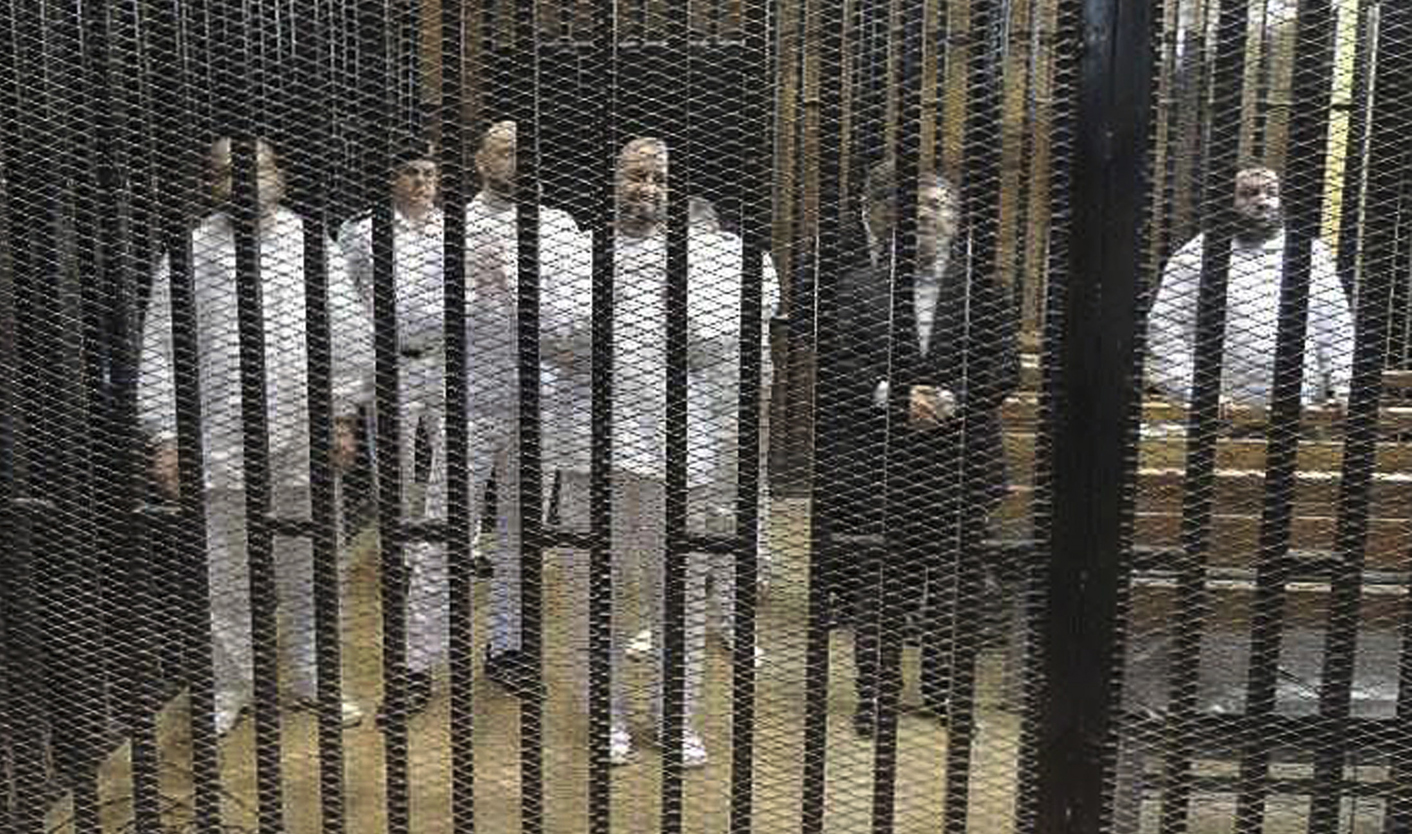 The leader of Egypt's outlawed Muslim Brotherhood and 682 others went on trial on Tuesday on charges including murder, a day after more than 500 supporters of deposed Islamist president Mohamed Mursi were sentenced to death. By Treza Kamal.

The mass trials and death sentences – the biggest in Egypt’s modern history – are signs that the crackdown on Mursi’s Brotherhood is intensifying ahead of presidential elections that army chief Field Marshal Abdel Fattah al-Sisi is expected to win.

The Brotherhood’s Supreme Guide Mohamed Badie, 70, and the others are being tried in the same court that a day earlier condemned 529 members of the Islamist group to death, a verdict condemned by foreign governments and rights groups.

“We refrained from attending … because the judge has violated criminal law procedures and did not allow the (lawyers) to present their defence,” Adel Ali, a member of the defence team, told Reuters.

Protests erupted after Tuesday’s trial began, with police firing tear gas to deter hundreds of demonstrators. An Islamist alliance that includes the Brotherhood has called on Egyptians to stage nationwide protests on Wednesday.

The United States escalated its criticism on Tuesday.

“The imposition of the death penalty for 529 defendants after a two-day summary proceeding cannot be reconciled with Egypt’s obligations under international human rights law, and its implementation of these sentences … would be unconscionable,” U.S. State Department spokeswoman Marie Harf told a news briefing in Washington.

The death sentences on Monday and the start of the new mass trial on Tuesday “represent a flagrant disregard for basic standards of justice,” Harf said.

Harf noted that the United States is “currently evaluating our aid policy” toward Egypt and that “everything that happens on the ground, including this, will play into the decision about where our assistance relationship goes from here.”

“Yesterday was … a death sentence for the credibility and independence of Egypt’s criminal justice system,” said Nicholas Piachaud of Amnesty International.

“There is little hope of the 683 people indicted in this latest trial of receiving fair proceedings before the same judge who yesterday handed down death sentences so readily.”

There are no signs that Western powers will back their dismay with action to push for greater democracy in Egypt, which is of strategic importance because of its peace treaty with Israel and for the Suez Canal, a major global shipping lane.

Justice Ministry official Abdel Atheem al-Ashari defended the death sentences, saying in a response to the ruling that the separation between the state and the judiciary was a principle of any democratic system.

Egypt has cracked down hard on the Brotherhood since Sisi toppled Mursi, Egypt’s first freely elected president, in July, and installed a government.

In August, security forces killed hundreds of Brotherhood supporters who were staging a sit-in to demand Mursi’s reinstatement. Thousands of others were arrested and leaders, including Mursi himself, are on trial.

Seventy-seven of those on trial on Tuesday are in custody while the rest have been released on bail or are on the run, defence lawyer Ali said. The verdicts are due on April 28.

All the charges relate to clashes in Minya, a bastion of Islamist support south of Cairo, that broke out after the security forces crushed the pro-Mursi camps in the capital. A policeman was killed during the protests.

Hours after Tuesday’s trial began, protests broke out at Minya University. Police lobbed teargas canisters and fired in the air in an attempt to disperse hundreds of demonstrators.

In Egypt’s second city Alexandria, a Reuters witness said protesters chanting against Sisi marched out of the main gate of a university and blocked a busy road. Some raised their hands to display the four-finger sign that has become a symbol of sympathy for the Brotherhood.

“We’re coming out (to protest) today because the judiciary has become a tool in the hands of the military and the authorities,” said Mohamed Ashraf, a student in the faculty of commerce. “This is evidence of a military coup in Egypt.”

The pro-Mursi Islamist alliance has urged Egyptians to take to the streets in politically sensitive areas of Cairo on Wednesday despite severe restrictions on demonstrations.

The sites include the Rabaa al-Adawiya mosque, scene of one of two pro-Mursi protest camps and Tahrir Square, the symbolic heart of the revolt against Mubarak.

The Brotherhood, believed to number about one million in a population of 85 million, has been declared a terrorist group by the government which blames it and other Islamist groups for attacks on police and soldiers since Mursi was deposed. The Brotherhood says it is committed to peaceful activism. DM

Photo: Ousted former Egyptian president Mohamed Mursi (2nd R) stands with other senior figures of the Muslim Brotherhood in a cage in a courthouse on the first day of his trial, in Cairo, November 4, 2013. Ousted Egyptian leader Mursi, given his first public forum since his overthrow, in a trial where he could face execution, declared on Monday he was still Egypt’s legitimate president and shouted: “Down with military rule!” It was the first public sighting of Mursi since he was ousted by the army on July 3 after mass protests against his rule. REUTERS/Stringer