Analysis: The Egyptian military and a radical, self-fulfilling prophecy 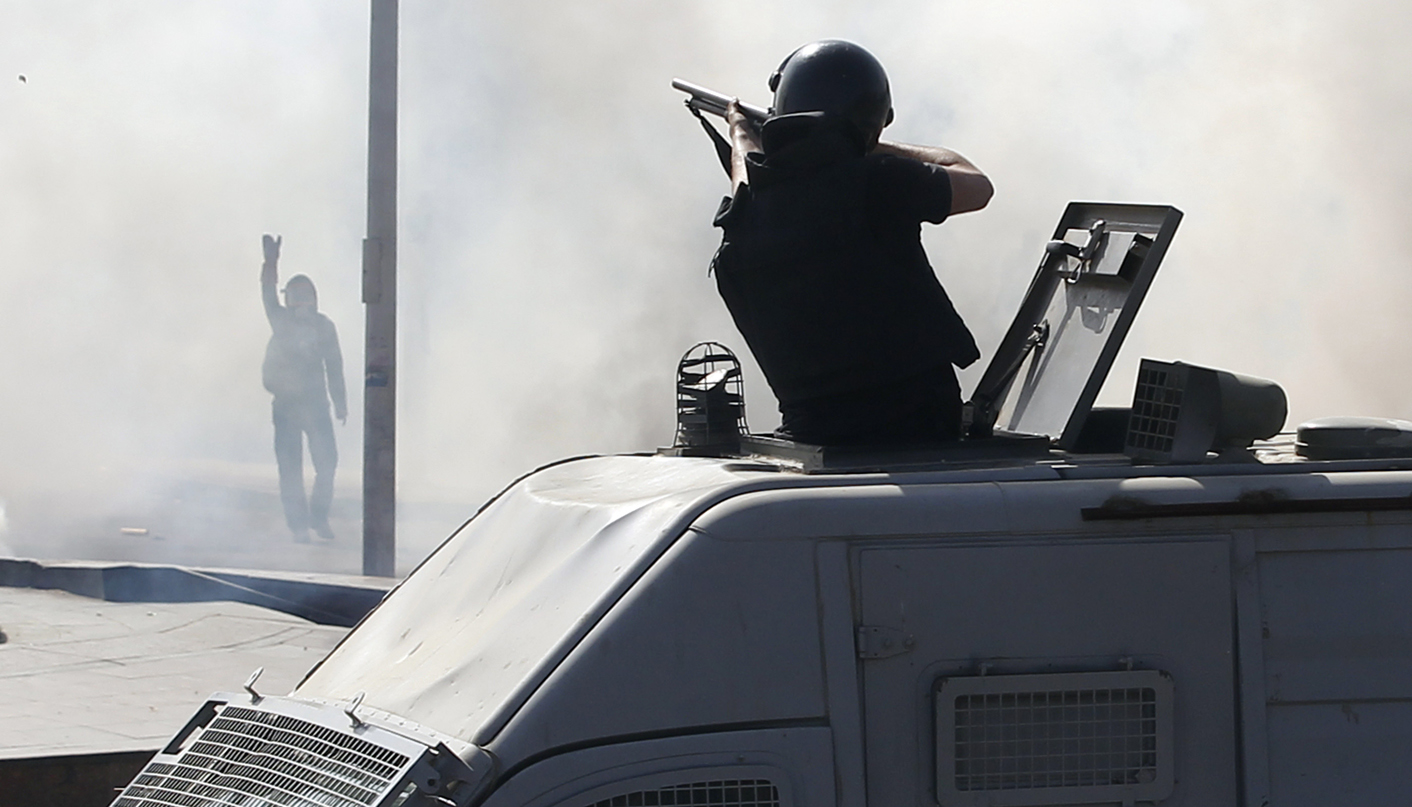 An Egyptian court has sentenced 529 men to death for murdering one policeman in protests last year. It might seem absurd, but there is reason behind this madness. Without any real legitimacy of its own, the credibility of Egypt’s military government depends on ‘protecting’ the nation from the evils of Islamic terrorism. And if it can’t find any terrorists, it must create them. By SIMON ALLISON.

Egyptians are famous in the Arab world for their sharp, often dark, sense of humour. No matter how bad things get – and things have become really, really bad at times over the last few years – someone will, inevitably, crack a joke to relieve the tension, and throw into stark, unforgiving relief the sheer absurdity of their situation.

This week gave the country perhaps the most absurd decision of them all, when a court – presided over by a judge whose name, all too appropriately, translates as The Butcher – sentenced 529 men to death for the murder of a single police officer in August last year. The court took just two sessions to reach this verdict. The defendants, all 529 of them, were not asked to present their version of events.

It didn’t take long for the one-liners and cartoons to go viral. My personal favourite: a sketch of a giant police officer, tied down, while hundreds of tiny Lilliputians slowly beat him to death. This, surely, is the only way that 529 people can be directly implicated in one person’s murder.

The humour, as always, masks the horror: in this case, the blatant disregard for any kind of judicial process by Egypt’s military government, and the realisation – yet again – that Egypt’s once glorious revolution has been distorted and subverted into a new state that embodies all the worst attributes of Mubarak’s regime.

During the 2011 revolution which toppled Hosni Mubarak, the Muslim Brotherhood were at the forefront of the revolutionaries. The ‘million man marches’ in Tahrir Square relied extensively on the organisation’s large networks and organisational abilities, and itsundoubted popularity. It was no surprise when a Muslim Brotherhood-affiliated candidate won Egypt’s first real election – nor was it a surprise when the army, always pulling the strings of the Egyptian deep state, booted him out of office.

It’s that army that’s in charge now, and the Muslim Brotherhood is their greatest fear – but also the most significant justification for their seizing and maintaining of power. Many elements of Egyptian society, particularly the liberal, wealthy elites, are just as scared of the strict Islamic politics preached by the organisation. The army’s legitimacy is derived from their role in ‘protecting’ Egypt from the Muslim Brotherhood’s alleged extremes.

Thing is, as political Islamists go, the Brotherhood is not particularly extreme, or radical. It is a common misconception that all political Islam is the same; that it is all Al Qaeda, wrapped up in different packaging. But political Islam is a broad spectrum, and groups that claim to be representing it can have wildly different objectives. The Muslim Brotherhood, for example, long ago renounced the use of violence. Their opposition to Hosni Mubarak was largely social, and focussed on constructing alternative health, welfare and education services to provide for those marginalised by the state. This is why its popularity endures: many owe the Brotherhood a debt of gratitude for being there for them when no one else was. It’s no coincidence that Al Qaeda leader Ayman al-Zawahiri, an Egyptian, began his career at the Muslim Brotherhood – but, frustrated, left to join the far more radical Islamic Jihad.

These nuances, however, make for a poor bogeyman as far as the military is concerned. And in its absence, it is politically necessary to construct one.

“This could in many ways become a self-fulfilling prophecy: many Muslim Brotherhood supporters are religiously conservative but peaceful, but one very effective way of radicalising young Islamists is by killing non-violent Islamist protesters,” wrote Sophie McBain. This is probably the point: push them hard enough, and they will snap. Once they do, the army can claim all the legitimacy it needs – and retroactively justify its brutal clampdown on the Brotherhood.

An important caveat: the 529 men are unlikely to actually be executed. For one thing, the sheer logistics of killing so many people at one time, in a manner consistent with international norms, are probably beyond the Egypt’s fractured bureaucracy. For another, the convicted men will appeal, and the verdict is unlikely to stand up before the Grand Mufti, Egypt’s highest religious authority (they can all expect lengthy prison sentences, however). But the point has already been made: “Clearly this is an attempt to intimidate and terrorize the opposition, and specifically the Islamist opposition,” said Karim Medhat Ennarah of the Egyptian Initiative for Personal Rights.

Where does this leave Egypt? On Wednesday afternoon, interim President Field Marshal Abdel Fattah al-Sisi (they do like their titles, these military types) stepped down – tellingly, tendering his resignation at the Ministry of Defence. This clears the way for him to run for President proper later this year, an election he is widely expected to win.

In other words, Egyptians can expect more of the same: a military-led government in the image that Hosni Mubarak perfected. But maybe, after three years of social and political upheaval, that’s exactly what they want. As for the Muslim Brotherhood and its support – well, once again, the joke seems to be on them. DM

Photo: A special forces police officer fires rubber bullets as a protester raises his hand during a demonstration at the front of Cairo University March 26, 2014. One person was killed near Egypt’s Cairo University on Wednesday when protesters supporting ousted President Mohamed Mursi clashed with security forces, a health ministry official told Reuters. The protesters were demonstrating against a court ruling earlier this week condemning more than 500 alleged Muslim Brotherhood supporters to death. REUTERS/Amr Abdallah Dalsh