SA parties pledge to play nice, but what about the chairwoman-shaped elephant in the room? 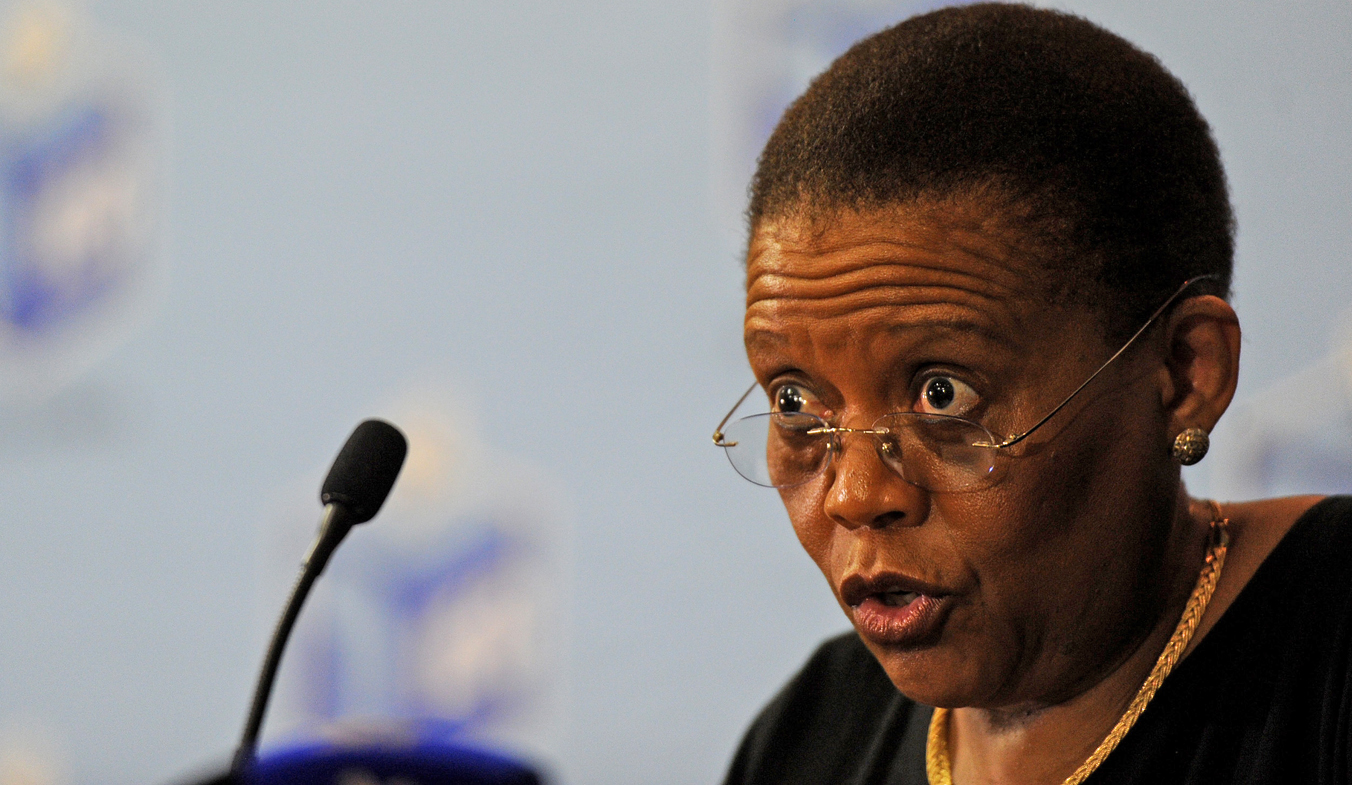 The Code of Conduct that political parties must sign before participating in elections is yet another reminder that we have a pretty awesome constitution. That they all did, enthusiastically, is a symbol of the strength of our democracy. At the same time, the presence of IEC chairperson Pansy Tlakula – condemned by two reports now for “irregularities” in a massive tender process – shows just how far South Africa still needs to go. It was also telling that only one party was brave enough to bring up the allegations to her face. Say what you like about the EFF, but you can’t fault their courage. By SIMON ALLISON.

On Wednesday morning, representatives from all 33 of the political parties planning to contest the May 7 elections gathered at the Gallagher Convention Centre in Midrand to sign the Independent Electoral Commission’s Code of Conduct – a pledge to maintain tolerance, non-violence and fair play throughout the heated campaign season and the election itself.

It is a highly symbolic event. The assembled representatives, sitting in front of their party flags, are a visual reminder that no matter how dominant the ANC may be, this is a multi-party democracy governed by one of the finest constitutions in the world. And it is a testament to the strength of our democracy that not a single one of our political parties objected to the contents of the code, which includes:

In fact, the only objections raised were that the code could be even more rigorous. “We can see that the primary focus of the code is on tolerance, non-violence and free political activity. All of these are essential…But we have to ask ourselves, does this pledge go far enough?” asked the DA’s Helen Zille. “While all the elements are necessary, they may not be entirely sufficient.”

Zille’s primary objection is that there is no provision against parties using state resources for campaigning purposes. The ANC, of course, is firmly in her sights. “Parties that are in power have access to those resources that other parties do not have…and this undermines free and fair elections,” she said. Careful, Zille: these days the DA is power too, and she’ll have to make sure her party expenses and Western Cape premiership expenses are kept very separate indeed.

The Inkatha Freedom Party brought up the problem of the IEC’s election officials, many of whom have been recruited from the ranks of the South African Democratic Teachers’ Union (SADTU). This, the party argues, represents a dangerous conflict of interest as SADTU is officially affiliated with the ANC.

Predictably, the fieriest comments came courtesy of the Economic Freedom Fighters, represented here by National Coordinator Mpho Ramakhatse. In line with party policy, Ramakhatse condemned the requirement for the R600,000 deposit all parties must lodge before they can appear on the ballot. “We were forced by our counterparts or other political parties that we have to pay a hefty fee called a participatory fee to participate in these elections…this is a factor we must revisit.”

Ramakhatse also warned the SABC, as public broadcaster, “to be fair and give all political parties fair and equal coverage in their campaigns.”

The EFF was also the only party representative brave enough to tackle the elephant in the room – the damning corruption charges against IEC chairperson Pansy Tlakula, relating to a dodgy tender process for the IEC head office in Centurion. Earlier, in her speech, Tlakula had brazenly invoked concepts such as moral obligation, duty, and a responsibility to adhere to the “spirit and letter of the law” in the context of the Code of Conduct. Such values, however, appear to be absent from her personal life – and Ramakhatse didn’t allow the chairperson’s transgressions to go unnoticed on this very public stage.

“The credibility of IEC as an institution matters most in the process of elections and the outcomes of elections. And we think the current chairperson has already done an honourable thing by putting in her resignation,” he observed, sarcastically – Tlakula has of course done nothing of the sort. Cue an awkward silence in the conference hall.

In follow-up comments made to the Daily Maverick, Ramakhatse emphasised this point: “She must own up to her actions. She must not wait to be asked to resign. She must do the honourable thing. So basically, her presence in the IEC dents the image and credibility of the institution.” Unsurprisingly, Tlakula refused to comment on the EFF position.

With all 33 parties getting two minutes of talk time, the pledging ceremony took over an hour. Nonetheless, it was an opportunity to hear from some of the smaller parties that don’t often get any media attention at all. There were a few gems amongst all the platitudes.

“We will be the most peaceful party in South Africa. Even more peaceful than the EFF,” said Ganief Hendricks of the Al-Jammah Party, to general laughter – even Ramakhatse cracked a smile.

The best joke of the evening went to Freedom Front Plus’ Pieter Mulder, with timeless political maxim: “Remember in politics, success is relative. The more success you have, the more relatives you get.” Mulder also complained about always being last to speak, given their place in the alphabetical order (they are listed as Vreyheidsfront Plus). Fate soon intervened: in a moment reminiscent of FIFA World Cup draws, the Freedom Front Plus was the first name drawn out of an enormous wine glass, meaning they will be first on the ballot in May. DM