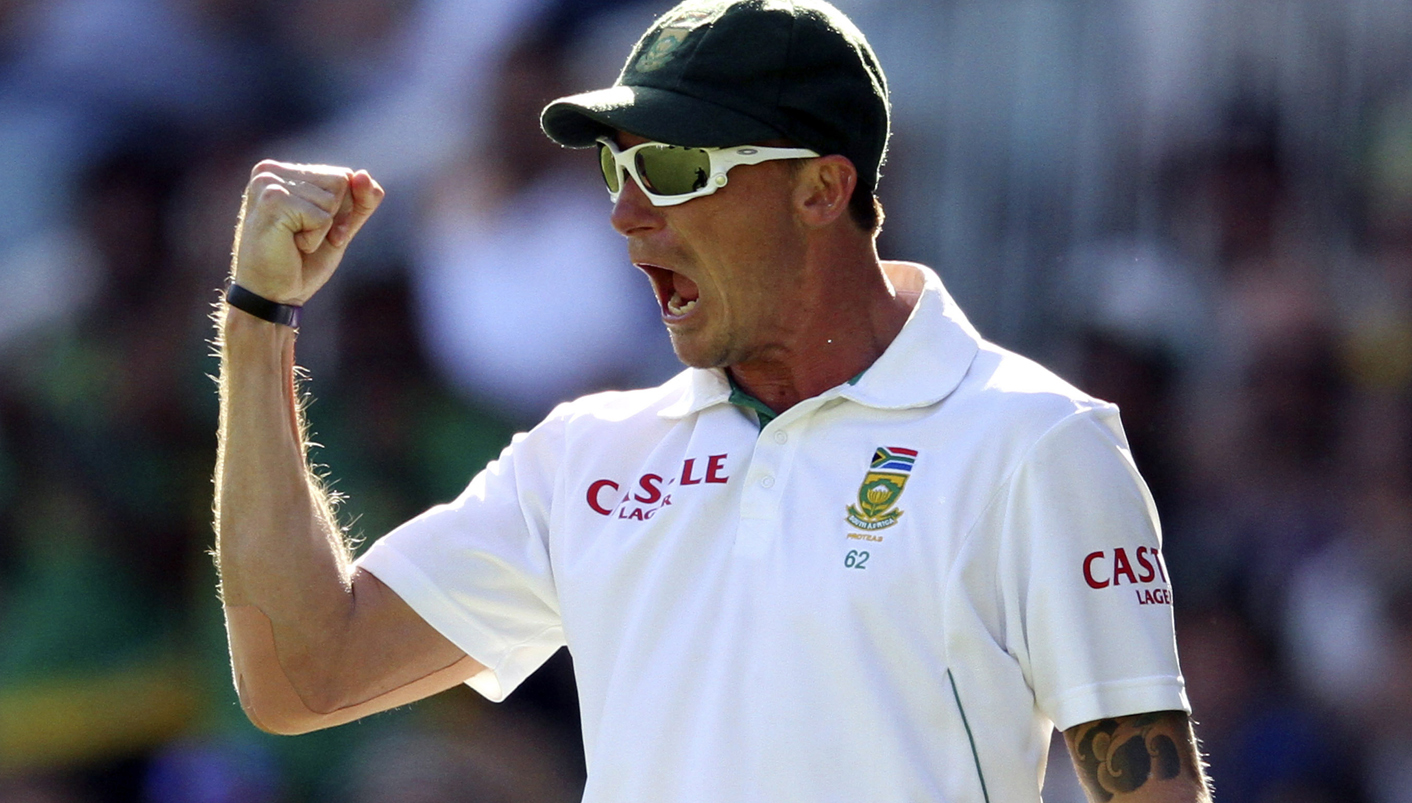 Dale Steyn used to be the guy who simply never got injured. However, even with careful management, the demands placed on him are starting to take their toll. It might be time for South Africa’s T20 team to start thinking about life without their star strike bowler. By ANTOINETTE MULLER.

There is no disputing the fact that South Africa relies on Dale Steyn. The team relies on him for his aggression and his energy and they rely on him for taking wickets. In Tests, when Steyn is off, the team sometimes slumps too. For the most part, Steyn has remained injury free. However, in the last 18 months or so, the demands of the modern game have started to catch up with Steyn, as they do with all fast bowlers.

Niggles and injury concerns have crept up on him and sometimes kept him out of matches – particularly in the shortest format of the game. With South Africa’s opening World T20 match just days away, Steyn is once again an injury concern.

The hamstring niggle he sustained during the third Test against Australia has not healed sufficiently. He trundled out in a warm-up match on Wednesday, but bowled just 2.2 overs. He is currently receiving treatment to give him “the best possible chance of recovery” for South Africa’s first match against Sri Lanka on Saturday. It is too soon to suggest that the strain of Test cricket is too much for Steyn, but it might be worthwhile for South Africa to consider building their team without him in the T20 format.

The speedster played four T20s for South Africa last year and took seven wickets in those games. The strain of bowling four overs per game remains debatable, but if South Africa wants to extend his staying power in the longest format of the game, every little bit counts.

If you asked the man himself, he would almost certainly insist that he wants to play every single game. Fans of fast bowling and South African fans will want the same, but it’s not fair or sustainable to keep on putting such high demands on your most valued asset. While he would add valuable firepower to South Africa’s chances, the return on investment is simply not worth it.

To take the opportunity to play in a global tournament away from Steyn would be unfair, but if the body says no, it is foolish to insist. At 30 years old, Steyn is still in “safe” territory for a fast bowler and, if managed properly, he has a few years left in the tank. South Africa have already coped without Steyn in T20s and life without him in the shortest format wouldn’t be all that different.

The mechanics of what the bodies of fast bowlers go through have been well-documented. Everything from the run-up, posture, the release action and the follow-through takes its toll on somebody who does it day in, day out. Yes, there are maximum four overs available to a bowler in T20s, but with that comes the extra training – the five overs extra in the nets – which adds to exhaustion and strain. In fact, studies have found that the energy expended at bowling at the nets is far higher than anywhere else, even if it doesn’t look all that strenuous.

Considering the average bowler runs in at 21 km/h, your average candidate generates the force of seven times his own body weight when his foot hits the white line. Since January 2012, Steyn has played 56 games for South Africa and, although that is fewer than Morne Morkel and Vernon Philander, he has bowled far more overs across the formats. In total, Steyn has bowled 1,057.4 overs – a dangerous demand not only in terms of force, but also in terms of injury risk. Those figures do not take into account any domestic cricket like the IPL, and when that demand is added, it’s likely to be for lower.

Previous studies have shown that 123 – 188 deliveries a week, or 31 overs a week at most, is a good number to prevent injuries. These studies assessed over 70 first class bowlers over two seasons and found that players who bowled more than 31 overs a week have a 1.9 times more likely changes of injury. Calculating Steyn’s exact quota is tricky, but in Tests alone he bowled 265.5 overs in the 2013-14 season which stretches from October to the end of February.

That comes to 13.28 overs per week, on average, in Tests only. That does not include the overs in net practice – that Steyn is taking some strain is quite evident.

While “natural actions” do play a part in limiting injury, workload expectation does play a big role, too. Steyn’s impact cannot be doubted, and with Morne Morkel also struggling with injury and Lonwabo Tsotsobe often blowing hot and cold, he is crucial.

However, when it comes to bowlers who have performed well domestically, South Africa isn’t short on talent.

Beuran Hendricks, one of the finest executors of the yorker at domestic level, looked wayward in his first match, but showed some signs of improvement in his second. He picked up 28 wickets in 11 games in South Africa’s domestic T20, but it might take some time before he properly acclimatises to the pressures of international cricket.

Kyle Abbott has similarly shown that he can adapt to the shorter format just fine, and that his “basic bowling” does the trick. Whether South Africa is willing to risk failing to complete the puzzle without its biggest weapon will remain to be seen, though. DM