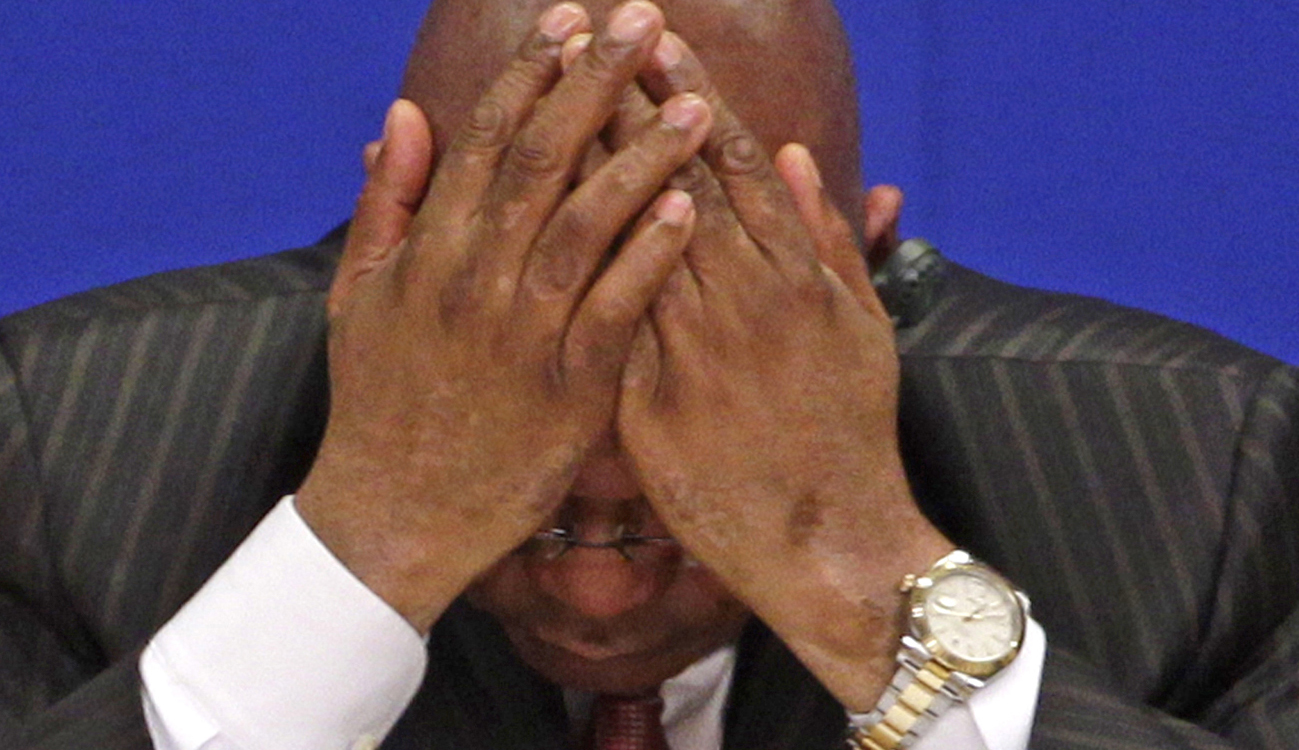 Shortly after the Public Protector released her report on the upgrades to President Jacob Zuma's Nkandla home, the ANC decided to postpone its briefing on the matter. While the governing party might have missed its immediate opportunity to combat the negative reports, opposition parties haven't wasted any time. By GREG NICOLSON.

“The African National Congress has taken note of the findings of the Public Protector’s report into the Security Upgrades of President Zuma’s homestead in Nkandla released today. Our initial assessment is that the report released by the Public Protector and the Inter-Ministerial Task Team are similar in many aspects,” said party spokesperson Jackson Mthembu in a statement after eager journalists were sent packing from Luthuli House. Meanwhile, Public Protector Thuli Madonsela was still addressing media in a marathon press conference. “For its part, the African National Congress will study the report which has only been fully delivered now and issue a more comprehensive response,” said Mthembu.

“Secure in Comfort” was released for the media to study during a lock-up on Wednesday morning before it was made publicly available. Madonsela found against almost everyone involved in the R246 million upgrades to Zuma’s private home, including the president and ministers of police and public works. She said President should have asked questions around the project and recommended he pay a “reasonable percentage” of the amounts spent on non-security renovations back to the state. Zuma misled Parliament about the project, which was an honest mistake, and he should report back to the National Assembly within 14 days on the matter, said the report.

In September 2012, DA parliamentary leader Lindiwe Mazibuko requested Madonsela investigate the upgrades to Zuma’s home. “The Public Protector’s damning findings show the extent to which President Zuma has been implicated for this role in the Nkandlagate scandal and that his actions were ‘inconsistent’ with the Constitution,” she said on Wednesday. “Given these damning findings, I will submit a formal request to the Speaker of the National Assembly, Max Sisulu, to recall the National Assembly as a matter of urgency to initiate impeachment proceedings against President Zuma in terms of Section 89 of the Constitution of the Republic of South Africa.”

Section 89 deals with the removal of the president and says the National Assembly can remove Zuma from office with support from two thirds of members on the grounds of a serious violation of the Constitution or law, serious misconduct, and inability to perform his functions.

Mazibuko continued, “An impeachment is more serious than a motion of no confidence because if the President is removed from office he will lose benefits of office and be unable to hold any public office again. It is a fitting sanction for a President who abuses his office for personal gain.” She said the DA anticipates Parliament will try to block the process but she pointed out that Parliament is officially in session until 7 May and may need to convene a special sitting. The party called on the public to lobby members of Parliament to support the impeachment.

Congress of the People leader Mosiuoa Lekota told Talk 702 that Zuma must account for his actions under cross-examination, which will help test whether he meant to mislead Parliament or it was as Madonsela said, an honest mistake. Every citizen in South Africa must answer to the public through the courts when allegations are made against them, said Lekota, except Zuma, who is continually given the benefit of the doubt despite many accusations against him. Lekota said Parliament needs to discuss the issue and find a suitable way to pose the questions to Zuma himself.

United Democratic Movement President Bantu Holomisa was brutal in his interpretation of the report. “The scathing report of the Public Protector on the so-called Nkandla ‘upgrades’ probably marks one of the darkest moments in the history of our country since the advent of democracy in 1994,” was his reaction. The findings that Zuma once again violated the Executive Members Ethics Code should offend all proud South Africans, he stated. “The ANC’s continued disregard of the many voices of conscience, inside and outside its ranks, and failure to put South Africa first, is a clear indication that only the voters can stop them now. We therefore urge voters to send the message loud and clear: ‘We Can Stop Corruption’,” said Holomisa. The party acknowledged the late journalist Mandy Rossouw who broke the story for Mail & Guardian – “Somewhere up there she looks down upon South Africa with a broad smile.” Holomisa said South Africans must now take it upon themselves to fight corruption.

Political newcomer Agang SA commended Madonsela. “It is frankly mind boggling how a project that was initially to have cost a little more than R20 million to meet the requirements of security personnel tasked with Zuma’s safety, should end up at over R200 million and could be as high as R246 million when complete. And then to believe that the various ministers and the president himself chose to take no appropriate action beggars belief,” said party leader Mamphela Ramphele, seen as a voice of moral standing in SA before her decision to enter politics. “If President Zuma does not fall on his sword by election day, then South African citizens must turn out in their numbers to vote him and his complicit government out of power,” she added.

The Presidency also noted the report’s release, albeit without mentioning the finding’s against Zuma. “President Zuma reaffirms the important role of the Chapter 9 institutions and emphasises that the country should take pride in their existence, as we celebrate 20 years of freedom and democracy and guard against the abuse and misuse of these institutions,” said the president’s spokesperson Mac Maharaj. He said Zuma has consistently been concerned about impropriety around Nkandla and appointed a ministerial task team and the Special Investigating Unit to probe allegations of maladministration. “The President will study the findings and recommendations of the Public Protector in the context of the existing government interventions, and will communicate his response in due course,” said Maharaj.

Tomorrow at 10:00 the ANC will take it’s chance to respond, dictating how things are likely to go from here. DM