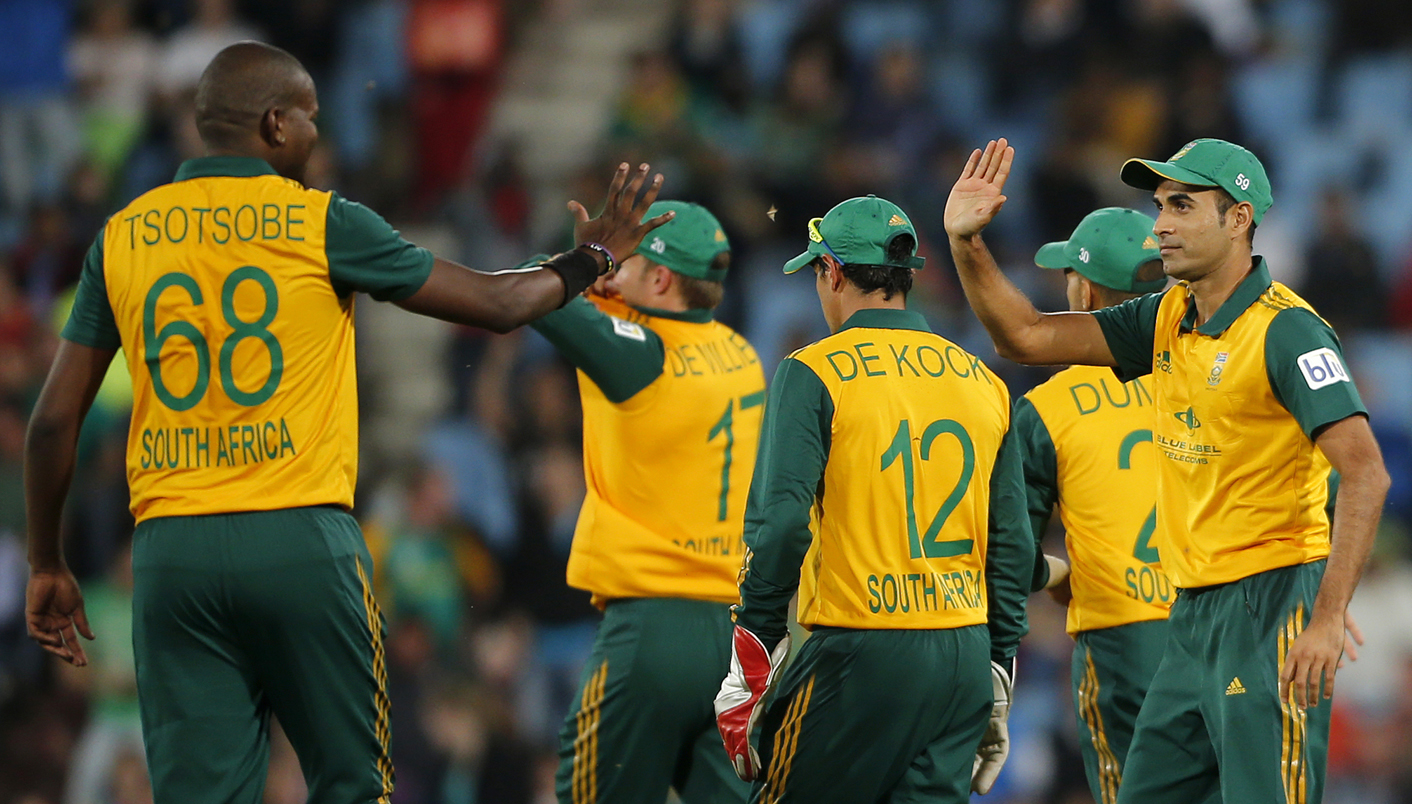 As a T20 team, South Africa is still very much growing. They might have some old hands to help them get over bumps, but as a unit, there are still quite a few kinks to iron out. What better way to ease out the growing pains than at a tournament where expectations are very low? By ANTOINETTE MULLER.

Whenever a South African team heads to an ICC event, there is a certain kind of expectation. Some expect them to choke, others expect them to shed that tag and the rest expect them to finally “come of age”. The ICC World T20 which began on Sunday is no different for the Proteas. They might not be weighed down by expectations, but they are expected to perform better than they have in their last few fixtures.

The three-match series against Australia which was supposed to provide some momentum prior to their warm-up games was something of a disaster. The first game was washed out, the second reduced to seven overs a side and the final saw South Africa get completely hammered by the Aussies. Since March 2013, South Africa have played 10 T20s, winning five and losing five.

That’s not the worst record, but three of those losses came in the last four games they played, with the fourth match being abandoned. Although coach Russell Domingo admitted that South Africa were outplayed in the last T20 against Australia, he also felt that their lacklustre form might not be the worst way to head into a competition where pressure does play a massive role.

“T20 has a lot to do with confidence. South Africa have gone to World Cups before being extremely confident and playing extremely well and have come unstuck, so maybe this is a good omen for us.”

The T20 squad which played against Australia is the same one which has travelled to the World T20. The squad has been fairly consistent over the last 12 months and unlike previously, when changes were often abundant, the T20 side is maturing, but not without some growing pains.

The biggest difference currently is that there is a far more set approach to the format. The floating batting order, instilled under Gary Kirsten, has been abandoned and Russell Domingo has opted for a more set approach of defined roles. Even that approach has stifled some progress, though. AB de Villiers has been held back to bat lower down, when batting him at number three would seem to be the logical or optimal solution. The best player in the team should get the maximum amount of overs out in the middle, but that has not happened.

Lower down the order, De Villiers has been surprisingly ineffective in the T20i format. He only averages 21.41 in the format overall with a relatively subdued strike-rate of 121.10. He has most often batted at number four – a position where he has accumulated 534 runs and his high score of 79*. In 49 innings, De Villiers has managed just four fifties in the format. It’s an anomaly considering his impact in all other formats of the game. In order for De Villiers to really fire, the theory is that the top order batsmen need to set the platform and that, skipper Faf du Plessis admitted, did not happen against Australia.

“If you want to win games, you can’t have soft dismissals. To go three wickets down early like that, you’re not giving your big hitters a good base to hit from. That’s been our strength for a while, giving them that base, and that’s when they are at their best.”

Quinton de Kock has done enough to show he is worth persisting with at the top of the order and his naturally aggressive approach has paid off. Hashim Amla, stable and steady, is yet to score a 50 in T20 internationals and this tournament will be the acid test to see whether the yin and yang opening partnership is something worth persisting with.

The batting might be somewhat iffy, but South Africa’s bowlers could be the difference. Nevermind Dale Steyn and Morne Morkel, Imran Tahir and JP Duminy could end up being the Proteas’ MVPs. Duminy has the all-round ability while Tahir has proven to be a wily old fox in the shortest format of the game. He’s only played seven T20 internationals, but averaged 9.500 with a wicket every 12 balls when South Africa beat Sri Lanka in a T20 series in Sri Lanka last year.

He has had his issues in Tests, but in T20s, especially in conditions which favour him, Tahir could end up being one of the most useful bowlers for South Africa, provided the batsmen give him something to bowl at.

South Africa are in a tough group with Sri Lanka and New Zealand being two of the fiercest teams they will play against in the initial stages of the tournament. It would not be a massive surprise if South Africa fail to progress to the semis. Domingo believes that there will be far less pressure on South Africa going into the competition, something which could help them crack the code.

“Every side going there wants to win the trophy. The pressure won’t be there as one of the few teams who have a chance to lift the trophy. In competitions like this, you need a couple of players to play well and you need couple of big moments to go your way. I think there is less pressure on us for this event,” he said.

The right combinations, the winnings moments and the star players coming good will all provide an antidote for South Africa’s T20 growing pains. How much antidote is needed before they face Sri Lanka on Saturday will be little bit more evident following their first warm-up game against Bangladesh A in Fatullah on Tuesday. DM

Photo: South Africa’s cricket players celebrate the dismissal of Australia’s Cameron White who was caught out by Imran Tahir (R) during the final of the T20 cricket test match in Centurion, March 14, 2014. REUTERS/Siphiwe Sibeko