No margin for error for Spurs, Arsenal, United and Liverpool 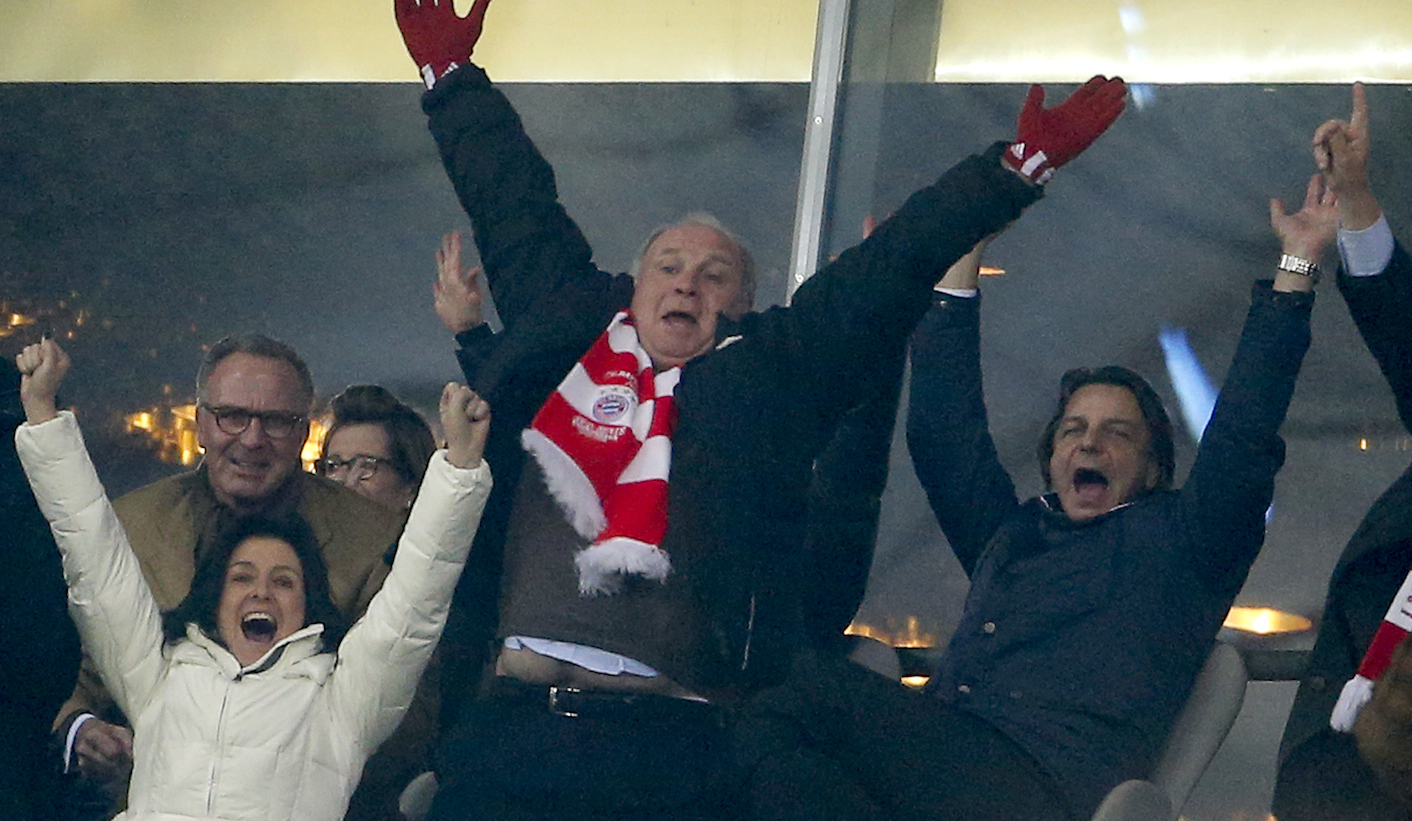 The teams occupy four of the top six positions in the table and none can afford to lose in their pursuit of either the title or a top-four finish and the prospect of Champions League football next season.

The other two places in the top six are filled by leaders Chelsea, who travel to Aston Villa, and Manchester City, who are at FA Cup semi-finalists Hull City.

A win for Chelsea on Saturday would lift them to 69 points and put them 10 clear of Liverpool and Arsenal who are not in action until Sunday.

Manchester City, who were knocked out of the Champions League by Barcelona on Wednesday, are nine points behind Chelsea with three matches in hand. Chelsea will have eight games left after this weekend, City 11.

Tottenham start the weekend in fifth place on 53 points with United sixth on 48 and with a game in hand on Spurs.

Judging by their entwined histories, more than a century of loathing between the fans, dramas and controversies – even before this season’s earlier meetings are taken into account – events at White Hart Lane and Old Trafford are likely to overshadow everything else.

Both Spurs and Arsenal have plenty to prove in their third meeting of the season following Arsenal’s 1-0 league win in September and their 2-0 victory in the FA Cup third round at the Emirates in January.

Arsenal were knocked out of the Champions League on Tuesday when they drew 1-1 at Bayern Munich but lost 3-1 on aggregate and they come to White Hart Lane without 42.1 million-pound ($70 million) record signing Mesut Ozil.

The German picked up a hamstring injury in Munich and according to manager Arsene Wenger will be out for several weeks, although he expects Aaron Ramsey to return for the first time since Boxing Day.

Arsenal reached the FA Cup semi-finals with a 4-1 victory over Everton last weekend and retain an outside chance of winning the title but their league form has dipped lately with just one win from their last four matches.

Spurs, who are also chasing silverware in the Europa League and face Benfica in a round of 16 first leg match at home on Thursday, are looking to bounce back from the disappointment of losing 4-0 to Chelsea last Saturday.

Manager Tim Sherwood strongly criticised his players for showing a lack of commitment after they had defender Younes Kaboul sent off and conceded all four goals in the last 30 minutes at Stamford Bridge.

Kaboul’s red card was rescinded by the FA so he can play on Sunday and there will be no doubting Spurs’ commitment against Arsenal who will be playing their 999th match under manager Arsene Wenger.

Manchester United and Liverpool get Sunday’s action rolling with a lunchtime kickoff at Old Trafford with United showing signs of improvement after what has been a difficult first season for manager David Moyes.

United, who have not finished outside the top three for 23 seasons, have not been in the top five since mid-November but they have kept clean sheets with two wins and draw in their last three league matches and could close the gap on Spurs to two points if they win and Spurs slip up.

“It’s not nice when we know we are capable of being up there challenging and we haven’t been doing that this season.

“However, it means we have to step up and get back up there because the feeling we’ve had this season is not a nice feeling at all to have. As a group of players and a team we haven’t been good enough this season and we have to put that right.”

They are 11 points ahead of United and are on course to finish higher than them for the first time since 2002.

Brendan Rodgers’ side have been playing outstanding attacking football all season which has carried them to second place and, for once, they will start as slight favourites against their arch-rivals.

“It’s always a massive game but the difference this time is that Liverpool must be favourites. I can’t remember the last time a Liverpool team went to Old Trafford in that position,” former striker Robbie Fowler told the Liverpool Echo.

“On paper it’s a game Liverpool should win. They’re in great form and I am quietly confident Liverpool can get a big result there. People talk about how far United have dropped but I also look at it from the other side – how far Liverpool have come.”

With four successive league victories Liverpool will be optimistic they can win at Old Trafford for the first time since a 4-1 success five years ago.

Should they do so it would fuel the belief that they can still snatch a long-overdue league title, something they last achieved in 1990. DM

The social work sector speaks out: A radical response is urgently needed

A call to global action to end injustice against African Americans

Wokeness, the political economy of racism and who can lay claim to being black