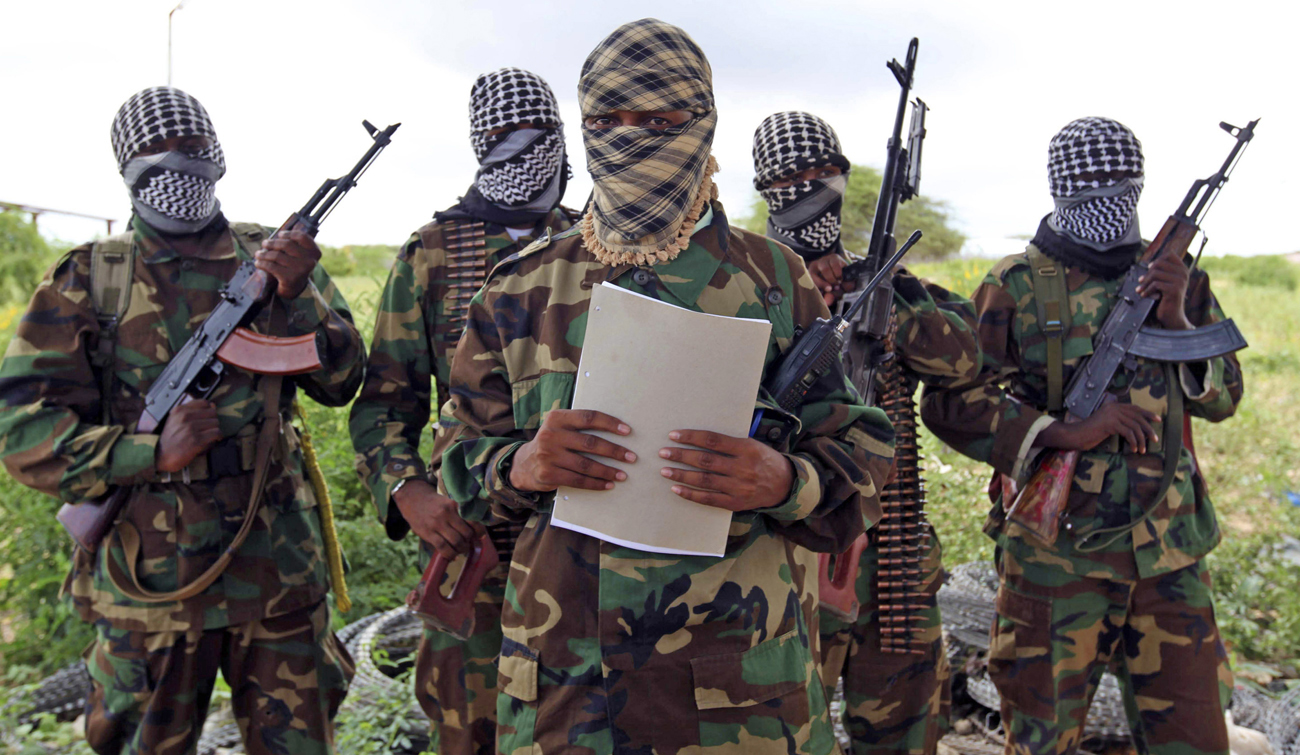 Al Shabaab’s on-the-run leader broke cover this week to release a recorded message, in which he exhorted Somalis to fight the good fight against foreign invaders, especially old enemy Ethiopia. It was a typical Islamist propaganda piece, filled with references to God, infidels and the Holy War – but it was also surprisingly perceptive about where Somalia is at the moment, and where it’s going. By SIMON ALLISON.

It’s been a rough few months for Ahmed Abdi Godane, the now-undisputed leader of Somali Islamist militant group Al Shabaab. He’s on the run, moving from place to place and avoiding phone calls or internet or any technology that might allow his enemies to trace him. The idea is to stay out of the way of those all-seeing, all-hearing drones that the USA has vulturing around Somali airspace just waiting to send a Hellfire missile screaming in his general direction.

Nonetheless, the drones have already been called into action once this year: Godane was saved by a last-minute change in plans, but four of his convoy were not so lucky. He’s also managed to dodge a Kenyan air strike which wiped out another 30 militants.

At the same time, the African Union Mission in Somalia (Amisom) is tightening the noose around what remains of Al Shabaab territory (still a sizeable portion of the country, admittedly). This weekend alone, Amisom claim to have regained control of five towns in the Bay, Bakool and Gedo regions – not bad for a few days’ work. “Our aim is to not stop this operation until we take over all the districts, all the areas that Al Shabaab currently occupies,” said an Amisom spokesperson, in bullish mood.

Godane’s woes don’t end there. Where his organisation once enjoyed the spoils of tax collection, port fees and a hefty cut of pirate ransoms, Al Shabaab has seen its revenue dry up under the continued Amisom assault. Every town lost means that another revenue stream disappears, which is bad news for Islamists – after all, civil war does not come cheap.

So it was no surprise, then, to hear the slightly desperate tone of Godane’s voice in the audio recording he released to his supporters this week. “Somalis, your religion has been attacked, your land divided, your resources looted directly and indirectly through the puppet government – our victory lies in Jihad,” he said, exhorting followers to redouble their efforts against the foreign invaders. “I call upon the fighters to defend the religion and to fight against the enemies. Ethiopian soldiers who have come thousands of kilometers should not outlast you.”

Godane’s call is straight out of the Al Shabaab playbook, designed to generate support by demonising whatever foreign military force happens to be in nearest proximity (and, over the last decade or two, there’s almost always been a foreign military force in Somalia); to conflate the religious war, the Jihad, with a nationalist appeal for the protection of Somalia’s territory. In the past, it has been a highly effective strategy, but it is interesting that Godane employs it still.

For much of its relatively short history, Al Shabaab was split into two broad factions: the nationalist camp, who put Somalia first and Islam second; and the international jihadi camp, led by Godane, who insisted on vice versa. In 2013, Godane instituted a purge of Al Shabaab’s upper echelons, which was widely viewed as an attempt to stamp out nationalist elements within the group.

Despite this, Godane, with his back against the wall, clearly sees some merit in employing the same nationalist rhetoric – although it might not be quite as effective this time round. Abdirashid Hashi, a former cabinet minister and now deputy director of the Mogadishu-based Heritage Institute, told Reuters: “With the way Al Shabaab have been conducting themselves over the last couple of years, I think it will be very difficult for Godane to create the kind of mood that there was in 2006. A lot of Somalis are more worried about him and his policies.”

This is a fair comment, but the converse is also true: a lot of Somalis are also worried about the large military presence in their country of Kenya and Ethiopia, and are wondering whether the intentions of their east African neighbours are quite as benign as both like to make out. Godane, astutely, picked up on this lingering concern. “The aim of the invasion is to divide the remaining Somalia between Kenya and Ethiopia under the cover of the establishment of Somali states,” he said in his message, tapping into those nationalist fears again.

Except he may have a point. Neither the Kenyan nor the Ethiopian presence in Somalia can be described as altruistic. In fact, both militaries entered without any kind of international or continental mandate – they have only subsequently been absorbed into Amisom. And both have very clear objectives of their own.

For Kenya, it is to stem the tidal wave of piracy and instability which was disrupting two vital industries: shipping to the port of Mombasa, and tourism along the Indian Ocean coastline. The idea is to create a semi-autonomous buffer state known as Jubaland – technically part of Somalia, but answering to paymasters in Nairobi. This has not proved as easy as Kenyan strategists anticipated, with plenty of opposition from local politicians and warlords. Nonetheless, Kenyan troops have ensured that there is a decent size territory between the Kenyan border and Al Shabaab territory – making their country safer in the process (this is the theory, at least; the terrorist attack on Westgate Mall last year showed just how porous borders can be).

Ethiopia, meanwhile, has got two big internal problems to deal with. First is that its Ogaden province is ethnically Somali, and there have been serious, sometimes violent movements demanding that it be allowed to be part of Somalia instead. The 1977-1978 war between Ethiopia and Somalia was fought over this territory, and it remains a sore point. The second is its large and growing Muslim population. In fact, Islam is set to overtake Christianity as Ethiopia’s most popular religion, if it hasn’t already. The Ethiopian government, predominantly Christian, is terrified that the country’s Muslim population, or a significant proportion of it, may become radicalised along Al Shabaab lines.

Going after Al Shabaab offers a solution to both problems: it guarantees a weak Somali state which is in no position to demand territory, and which few people in their right minds would actively seek to join; and it neuters the most dangerous source of radical Islam in the region. And once Al Shabaab is dealt with, Ethiopia will have no compunction about doing whatever it can to ensure that both national and the relevant regional administrations are friendly to Ethiopia (in the past, it has invaded Somalia to unseat an unfavourable government; the radical remnants of which now call themselves Al Shabaab).

When Godane complains about Kenya and Ethiopia dividing Somalia between themselves, this, then is what he’s talking about. And that’s why it’s such a dangerous point: strip away the propaganda, and he’s absolutely right. DM