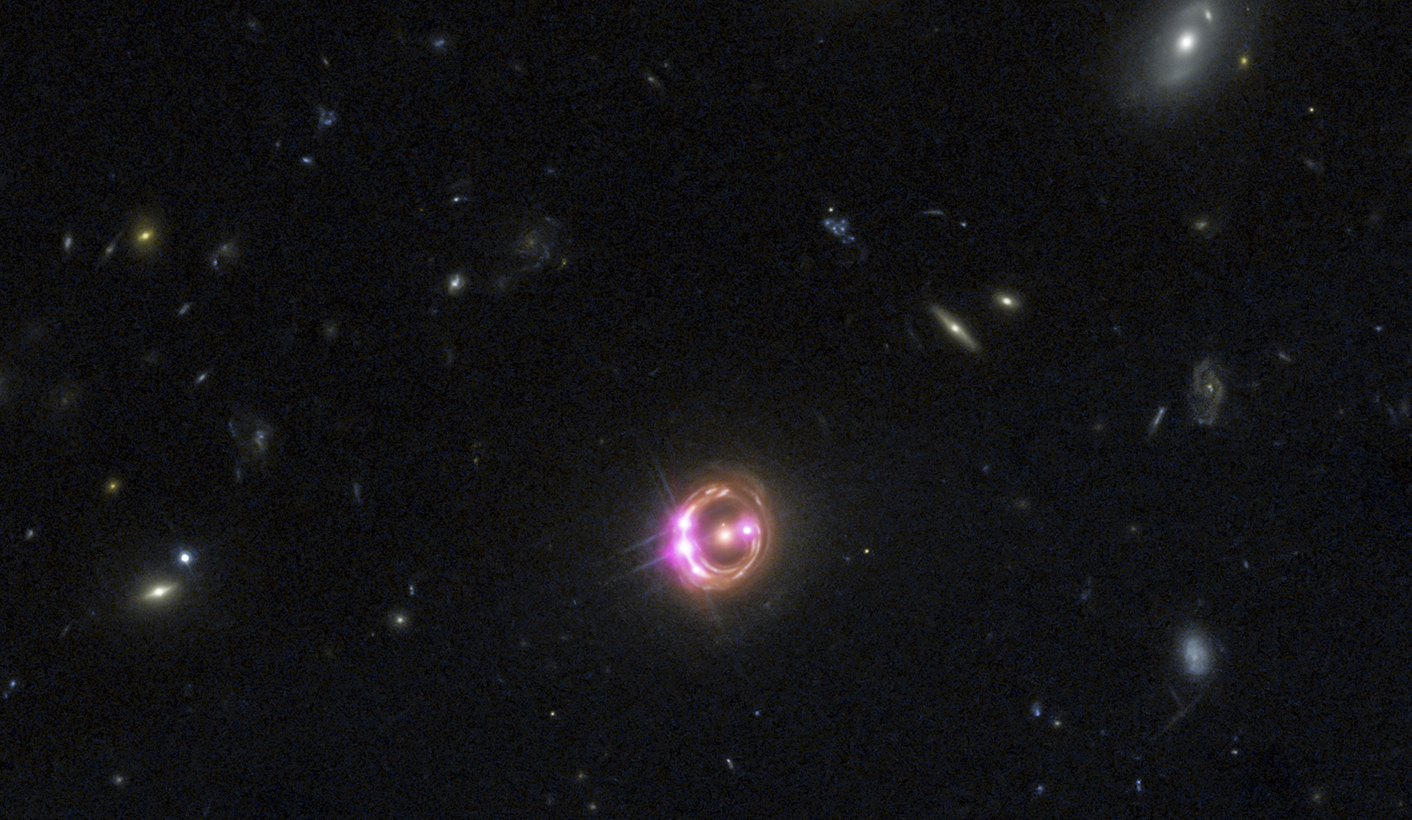 A supermassive black hole inside a distant quasar spins at about 336 million mph (540 million kph) or roughly half the speed of light, according to research published on Wednesday in the journal Nature. By Irene Klotz.

Scientists have measured the spin rates of black holes before but never one so far away. The newly measured black hole is inside a quasar some 6 billion light years from Earth.

A black hole is a region of space so packed with matter that not even photons of light can escape its gravitational grip. They leave evidence of their existence as they encounter and swallow cosmic neighbors. Its rate of spin provides clues about the relationships between the black hole and its host galaxy.

Computer models show that how fast a black hole spins depends on how much material is available for the black hole to consume. A black hole with a steady supply of gas from nearby merging galaxies, for example, spins faster than one whose feedings are more erratic, a result of fewer neighbor galaxies to consume.

The speed of the supermassive black hole inside quasar RX J1131-1231 indicates the black hole is feeding steadily, most likely on a diet of shredded neighbor galaxies, said Mark Reynolds, an astronomer with the University of Michigan.

By that measure, the supermassive black hole regularly consumes the equivalent of about 333,000 Earths every year, Reynolds said.

Scientists want to measure the spin rates of other, even more distant, supermassive black holes to see how conditions were different farther back in time.

“The ability to measure black hole spins over a large range of cosmic time should make it possible to directly study whether or not the black hole evolves in step with its host galaxy,” Rubens Reis, also an astronomer with University of Michigan, said in a statement.

The measurements were not easy to make. Analyses of X-rays pouring from near the mouth of RX J1131’s black hole were only possible because a closer galaxy sits between the quasar and Earth-orbiting X-ray telescopes.

The closer galaxy, located about 3 billion light years from Earth, bends light from the more distant quasar, bringing it into focus like a zoom lens on a camera or telescope. The process is known as “gravitational lensing.” DM

Photo: Multiple images of a distant quasar are visible in this undated combined view from NASA‚Äôs Chandra X-ray Observatory and the Hubble Space Telescope. For the first time, scientists have measured the spin of a distant supermassive black hole and found that its rate of rotation is about 3.5 trillion mph — roughly half the speed of light. The finding provides insights into how the black hole and its host galaxy formed. REUTERS/NASA handout via Reuters