Elections 2014: And then there was no light 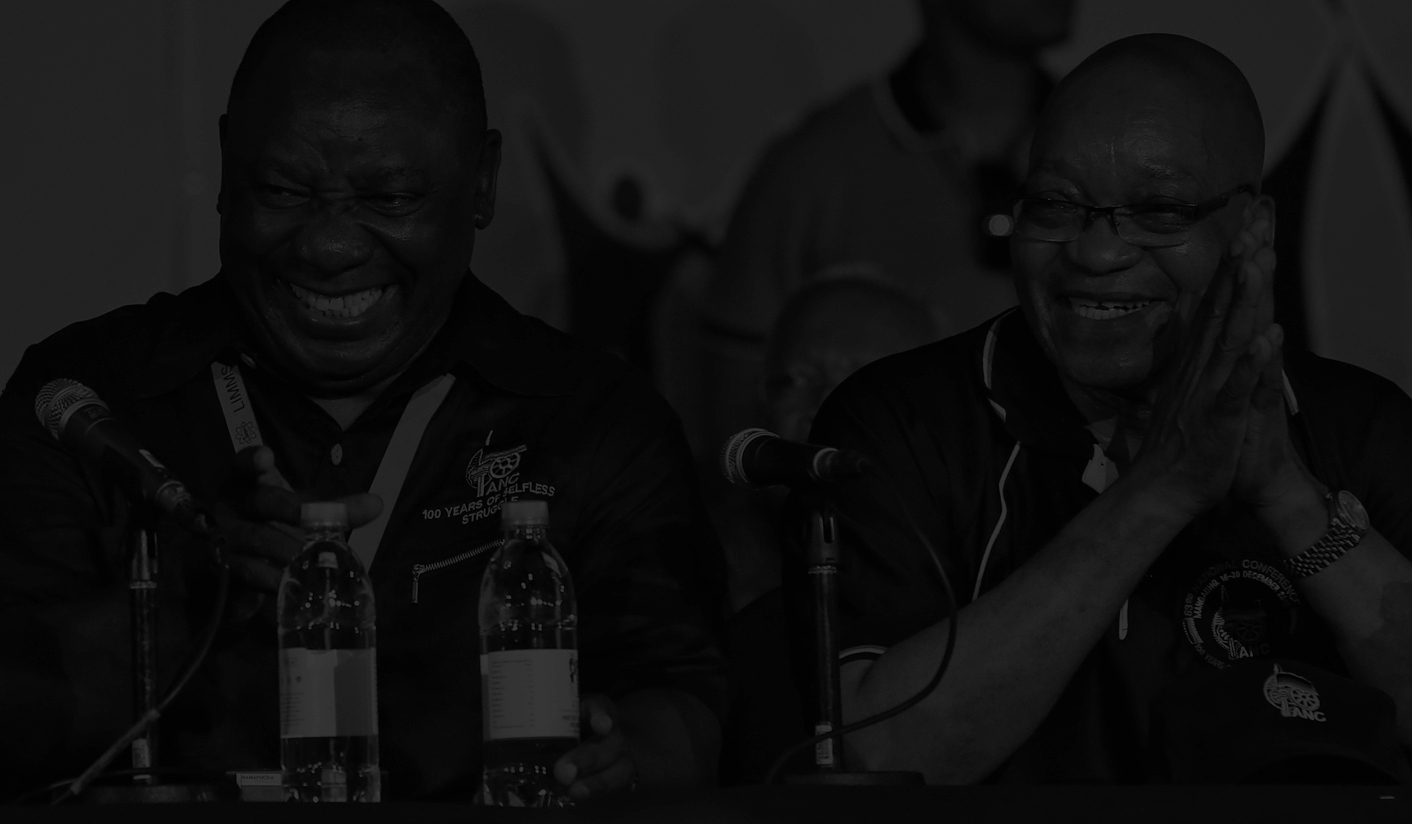 In PR terms, the ANC has had a rough ride in the approach to this year’s elections: deadly and rampant service delivery protests, corruption scandals, poor performance of the economy, successive fuel price increases, the e-tolling mess and of course, the king of all PR nightmares, the Nkandla security upgrades. As of Thursday, rolling nationwide electricity blackouts were introduced into the mix of things that induce frustration and rage among South Africans. The ANC says load shedding will have no effect its election campaign but for as long as the power supply remains vulnerable, electricity outages remain a reality. Someone will have to carry the burden of responsibility. So far it’s the consumer, who might, incidentally, also be a voter. By RANJENI MUNUSAMY.

It was dramatic day of testimony at the Oscar Pistorius murder trial on Thursday, but this was not top of mind for South Africans. The country woke up to news that power utility Eskom declared an electricity emergency at 6am, and like a recurring nightmare from six years ago, load shedding began across the country from 9am. The electricity supply had been fragile for some time and this was the fourth emergency declared this year. However there was no advance warning of the power disruptions on Thursday and they caused havoc across the country with traffic, business, hospitals and airports all severely affected.

Eskom introduced load shedding in January 2008, where areas were dropped off the national power grid on a rotating schedule. These continued on and off until April 2008 but the effect and memory of rolling blackouts haunted South Africans for years to come. The power cuts took a heavy toll on productiveness and people’s way of life. There have been steep hikes in the cost of electricity since then, but this did not bring stability to the power supply. There have been consistent fears that the mass power cuts would return.

The timing of the resumption of rolling blackouts could not have come at a worse time for government and the ANC. Both have been punting the “good story” they have to tell about progress in the country since 1994 and how much South Africans’ lives have improved. With national elections two months away, there is a determination to keep the “good story” narrative going with delivery statistics and the promise of big developments in the future.

However, this storyline has been difficult to sustain with an escalation of service delivery protests this year, hikes in the price of fuel announced in the Budget speech and the low growth rate. In Gauteng, the e-tolling system continues to cause disgruntlement with chaos in the billing system. The Public Protector’s office announced on Thursday that Thuli Madonsela would release her investigation report into the security upgrades at President Jacob Zuma’s Nkandla residence on 19 March. This means that the biggest scandal of the Zuma administration will be again at the top of the national agenda seven weeks before the election.

The ANC definitely does not need nationwide anger about load shedding to contend with as well. Large industrial customers were asked to reduce their consumption by 10% to ease the demand but this was not enough to prevent load shedding. Ordinary people bear the brunt, unable to cook food, work, charge their phones, get around in traffic or use any appliance.

People tend to lose their sense of humour when their lives are disrupted.

But ANC spokesman Jackson Mthembu says the rolling power cuts will not reflect negatively on the party. He said government was doing everything possible to sustain energy provision and strengthen the country’s energy mix options. The situation would hopefully stabilise once the Medupi and Kusile power stations came online, he said.

Mthembu said more South Africans have access to electricity than ever before, and consumers should play their part to reduce consumption. “In the short term, we can work together to preserve energy so we don’t find ourselves in the 2008 situation,” Mthembu said.

But the Public Enterprises Minister Malusi Gigaba, who is also the ANC’s head of elections, decided to make a statement in Parliament on Thursday afternoon to clarify why exactly the blackouts were happening. Eskom spokesman Andrew Etzinger had already said early in the day that the grid would remain under strain for a long time.

“It will persist for the next two years as it will take that long for us to bring capacity back on and catch up on the immense backlog we have on our existing generators,” Etzinger said in an interview with Radio 702.

Gigaba said in Parliament that his department had been “managing a delicate electricity system” and that load shedding was done as a last resort to “protect the national system from a total blackout”.

“Utilising load shedding enables Eskom to balance supply and demand in a controlled manner while minimising the risk of a total blackout. A total blackout also takes longer, up to weeks, to recover to normality,” Gigaba said.

He gave the following reasons for the power emergency:

With wet weather conditions set to continue over the next few days, the power supply will remain vulnerable, but Gigaba said the three Kendal units and another unit from the Majuba Power Station would be up again in the course of day. His assurances that Eskom was in a much better position to manage the situation than they were in 2008 would be cold comfort for the millions of people who were affected by the outages on Thursday.

There will now also be growing fears about the strain on the electricity supply in the winter months. The first unit of the Medupi Power Station is only expected to be completed towards the end of the year, which means there is no quick fix on the horizon to carry the country through the winter months. Finance Minister Pravin Gordhan said in his Budget speech that 47 renewable energy projects, which would add 2,460 MW of power capacity, were under construction.

But as far as reassuring consumers, and voters, that electricity supply will be stable throughout winter, this is not a good story the government and the ANC have to tell. Gordhan conceded during a media conference ahead of his Budget speech that electricity deficiencies had been a constraint on economic growth. So apart from the short-term discomfort of load shedding on consumers, the instability in power supply is destructive to all the development plans the ANC government is envisaging.

The opposition parties will no doubt use the resumption of load shedding as a stick to beat the ANC with. The Democratic Alliance (DA) has already requested that Speaker Max Sisulu convene a debate of public importance on the power crisis and confirmed load shedding.

“South Africans deserve answers for why we are again at this point. It is unacceptable that six years after the last energy crisis, Eskom has still not managed to adequately increase its capacity to deal with such challenges. At the heart of the problem are construction delays at the Medupi power station. The project has limped from delay to delay and is running significantly over budget,” the DA’s public enterprises spokeswoman Natasha Michael said.

“The DA has taken every step possible to try and ensure that all those responsible for this, including the ANC-linked Hitachi Africa, are held to account. But we have been blocked at almost every turn. The blame for this must be placed at the door of Zuma’s ANC. They are more concerned with making money off of our energy woes than with fixing it,” Michael said.

She was referring to the delays in the construction of the Medupi Power Station attributed to Hitachi Power Africa, in which the ANC’s investment arm Chancellor House had a 25% stake. Hitachi and Chancellor House parted ways last month. Hitachi has the contract to construct boilers for the Medupi and Kusile power stations.

Over the next few weeks, there will no doubt be political pressure on Eskom to avoid more load shedding so that this week’s outages could be blamed on, among other things, the wet weather. If the blackouts reoccur, the ANC’s election campaign trail might prove to be significantly more challenging than it has been up to now. A large proportion of the 25,390,150 people registered to vote seem to still be undecided about where they will place their cross. Load shedding could prove to be a tipping point and push more people into a defiance vote.

While the ANC does not yet appear to be worried, they must know that the “good story” will be a lot more difficult to tell in the dark. DM

Photo by Reuters, we think.