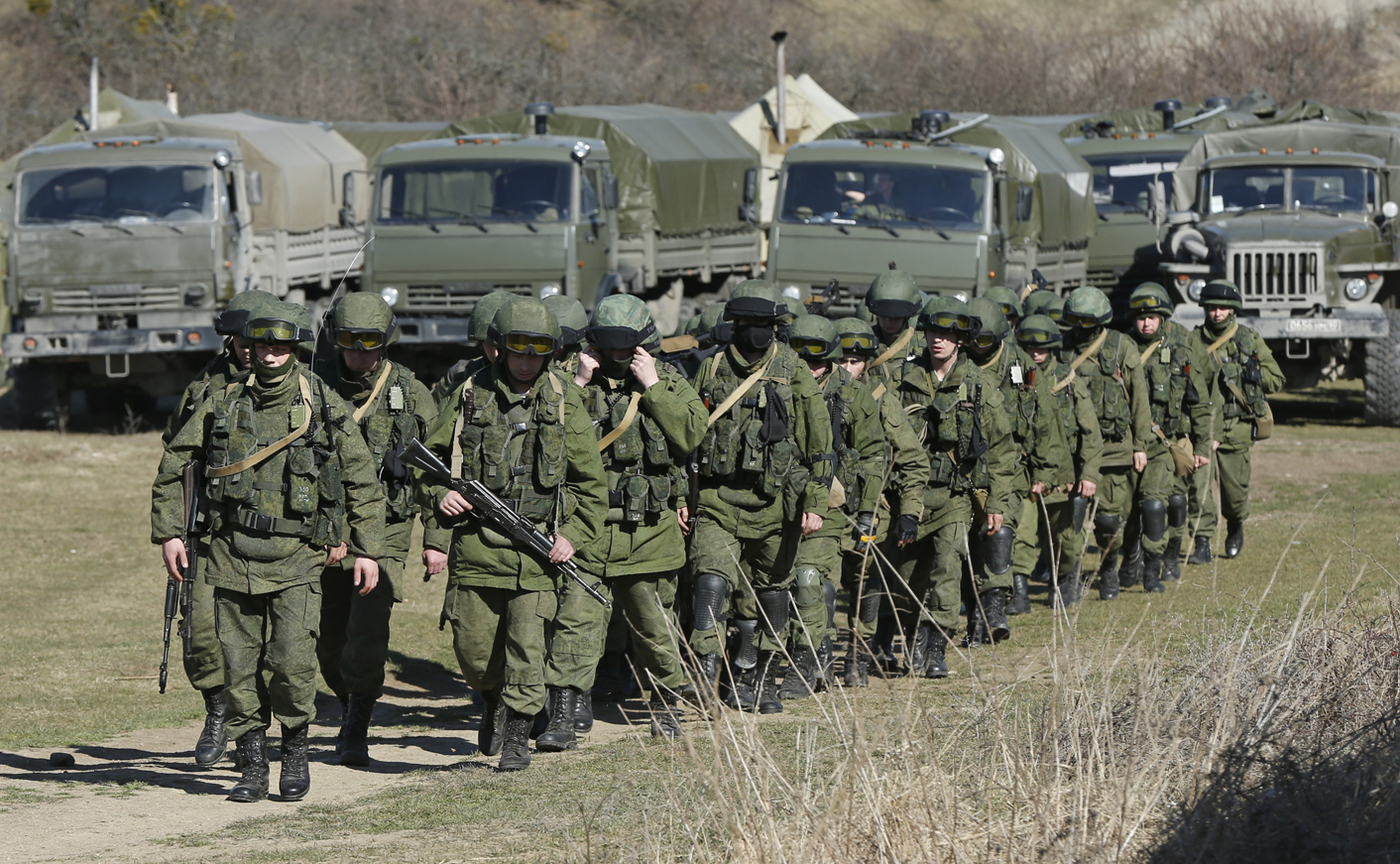 Until recently, collecting intelligence on Ukraine was a low priority for U.S. spy agencies, and as a result their reporting on recent developments was patchy, several current and former U.S. security officials said this week. By Mark Hosenball.

The Central Intelligence Agency says it was following events closely enough to have outlined scenarios in which upheaval in Ukraine would become so intense that Russia would take military action.

Two national security sources said the CIA had specifically warned policymakers, shortly before the Russian military moved into the Crimean peninsula, that such a move could be imminent.

The Pentagon’s Defense Intelligence Agency, however, predicted such a move was unlikely, said the sources, who requested anonymity to discuss intelligence matters.

The DIA had no immediate comment. Some officials said even though its assessment of Russia’s immediate intentions may have been off-base, the DIA did provide policymakers with insightful guidance. Late on Wednesday, a top intelligence official told Reuters that only days before Russia moved, the U.S. spy agencies warned policymakers that Crimea could become the site of Russia-Ukraine conflict.

Sources familiar with the intelligence reporting and analysis presented to policymakers said it had some gaps, which they did not identify in detail. Even after Russia moved its troops into Crimea, there have been holes in what U.S. agencies know about Russian activities and intents, one source said.

Even if the United States had had perfect knowledge of Russia’s plans, it is unclear what it could have done to forestall President Vladimir Putin’s actions, given its limited military assets in the region and lack of desire for conflict with Russia.

One problem, the current and former security officials say, is that until recently neither President Barack Obama’s policy advisers nor U.S. spy agencies regarded Ukraine as a major priority for intelligence collection. The White House sets the highest priorities.

As of a year ago, the secret document that rates U.S. intelligence priorities (from 1 to 5, with 1 the highest) rated most intelligence collection for Ukraine at level 4 or 5, according to a document examined by Reuters dated last April. Only “democratization” rated a priority of 3.

Those ratings were recently upgraded, two security sources said. One said Ukraine was not raised to the highest level until Feb. 28, the day Russian troops began seizing Crimea.

Ukraine “wasn’t a huge priority until it was,” another official said. “Of course, Russia is a top priority, which is what this is about.”

Sets of the highly classified document, known as the National Intelligence Priority Framework (NIPF), are among materials that government officials allege were downloaded without authorization by former National Security Agency contractor Edward Snowden and made available to selected news media organizations. None have published a full version of the document.

When the NIPF was drawn up last April, intelligence collection on Russia was given the highest priority, including issues relating to leadership intentions, military and civilian infrastructure, democratization, counterintelligence and cyber threats, the document shows. All of these would seem to be relevant to Russia’s handling of the Ukraine crisis.

Resources available to U.S. intelligence agencies, ranging from electronic eavesdropping systems and spy satellites to secret agents on the ground, are finite.

Intelligence collection on militants and possible terrorist plots has been the highest priority for U.S. agencies since the Sept. 11, 2001, attacks. Other top priorities have included nuclear proliferation in countries such as Iran and North Korea and conflicts such as the Syrian civil war.

Current and former security officials said the urgent need for intelligence on these targets has meant that U.S. agencies have fewer resources to devote to what they call “global coverage” – areas that appear to be less troublesome or controversial.

A former senior national security official said that when Russia sent troops into a pro-Russian area of Georgia in 2008, both the CIA and the National Security Agency were behind the curve.

“Since the beginning of the political unrest in Ukraine, the CIA has regularly updated policymakers to ensure they have an accurate and timely picture of the unfolding crisis. These updates have included warnings of possible scenarios for a Russian military intervention in Ukraine. Any suggestion otherwise is flat wrong,” a CIA spokesman told Reuters yesterday.

“Any suggestion that there were intelligence shortcomings related to the situation in Ukraine is uninformed and misleading,” he said.

In congressional testimony before Congress in late January, Clapper accurately anticipated events in Kiev, up to a point.

The worst of the violence between antigovernment protesters and security forces controlled by Yanukovich occurred in late February. Clapper did not predict his subsequent ouster or Russia’s forceful reaction. But late on Wednesday Shawn Turner, director of public affairs in Clapper’s office, told Reuters that reports the intelligence community was “caught off guard by events in Crimea” were inaccurate. Since the return of Putin to the presidency, that community “has frequently warned of worrisome trends with respect to Russia’s foreign policy.”

“On Feb. 26, for example,” Turner continued, “the IC warned that Crimea was a flashpoint for Russian-Ukraine military conflict. The assessment included an analysis of Russian military assets staged for a potential deployment, and those already in Ukraine that could be used for other purposes. It clearly stated that the Russian military was likely making preparations for contingency operations in the Crimea and noted that such operations could be executed with little additional warning.”

After first fleeing with his cache of purloined NSA secrets to Hong Kong, Snowden later sought and was granted temporary asylum in Russia. He has denied providing the Russians with any of those secrets. DM

Photo: Military personnel, believed to be Russian servicemen, walk outside the territory of a Ukrainian military unit in the village of Perevalnoye outside Simferopol March 3, 2014. Ukraine mobilised for war on Sunday and Washington threatened to isolate Russia economically after President Vladimir Putin declared he had the right to invade his neighbour in Moscow’s biggest confrontation with the West since the Cold War. Russian forces have already bloodlessly seized Crimea, an isolated Black Sea peninsula where Moscow has a naval base. REUTERS/David Mdzinarishvili.