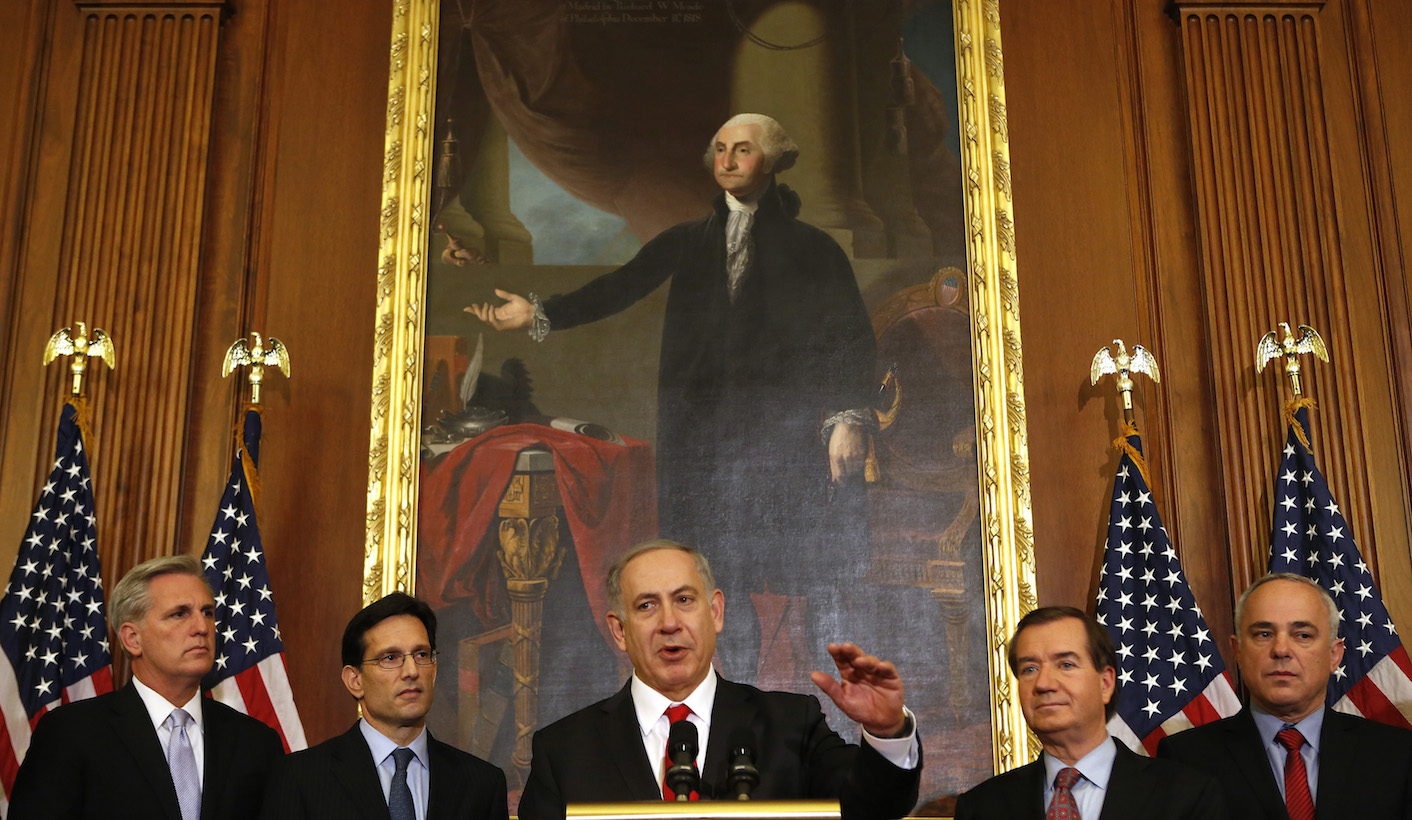 Prime Minister Benjamin Netanyahu bluntly told Barack Obama on Monday that he would never compromise on Israel's security even as the U.S. president sought to reassure him on Iran nuclear diplomacy and pressure him on Middle East peace talks.

In a White House meeting overshadowed by the Ukraine crisis, the two leaders avoided any direct clash during a brief press appearance but were unable to paper over differences on a pair of sensitive diplomatic drives that have stoked tensions between them.

But Obama also urged Netanyahu to make “tough decisions” to help salvage a faltering U.S.-brokered peace process aimed at reaching a framework agreement with the Palestinians and extending talks beyond an April target date for an elusive final accord.

“The Israeli people expect me to stand strong against criticism and pressure,” Netanyahu told Obama.

Obama and Netanyahu, who have had strained relations in the past, showed no outright tension as they sat side-by-side in the Oval Office. Both were cordial and businesslike. But their differences were clear, and when the talks ended after nearly three hours there was no immediate sign of progress.

Netanyahu arrived in Washington to a veiled warning from Obama that it would be harder to protect Israel against effortsto isolate it internationally if peace efforts failed.

The Israeli prime minister used their brief joint appearance to put the onus on the Palestinians to advance prospects for peace and also to vow to hold the line on Israel’s security.

In his remarks, Netanyahu offered Obama what was essentially a history lesson covering the last 20 years of conflict with the Palestinians as well as what Israelis see as an existential threat from Iran, arch-foe of the Jewish state.

“Iran calls openly for Israel’s destruction, so I’m sure you’ll appreciate that Israel cannot permit such a state to have the ability to make atomic bombs to achieve that goal,” Netanyahu said. “And I, as the prime minister of Israel, will do whatever I must do to defend the Jewish state.”

Obama is seeking room for diplomacy with Iran, while Netanyahu, who has stoked U.S. concern in the past with threats of unilateral strikes on Iran’s nuclear sites, has complained that sanctions on Tehran are being eased prematurely.

The meeting with Netanyahu marked a new direct foray into Middle East peacemaking by Obama, whose first-term efforts ended in failure.

Secretary of State John Kerry has been trying to persuade Netanyahu and Palestinian President Mahmoud Abbas to agree to a framework deal that would enable land-for-peace negotiations to continue, even though there is widespread skepticism inside and outside of the region about his chances for success.

Abbas, who seeks Palestinian statehood, is due at the White House on March 17. He has resisted Netanyahu’s demand, repeated during the Oval Office meeting, for the Palestinians to recognize Israel as the nation-state of the Jewish people.

Netanyahu appeared to be pushing back implicitly against Obama’s warning in a Bloomberg View interview of “international fallout” for Israel if peace efforts break down and the building of Jewish settlements continues.

Israelis, increasingly concerned about an anti-Israel boycott movement, view such U.S. warnings as an attempt to squeeze out concessions.

Palestinians seek to establish a state in the West Bank and the Gaza Strip, with East Jerusalem as its capital. Israel captured those areas in the 1967 Middle East war and in 2005, pulled out of the Gaza Strip, now run by Hamas Islamists opposed to Abbas’s peace efforts.

“Israel has been doing its part, and I regret to say that the Palestinians haven’t,” Netanyahu said, an assertion he is likely to repeat on Tuesday to the pro-Israel lobbying group AIPAC, a past podium for some of his most strident speeches.

Obama commended Netanyahu for his role in “painstaking negotiations” that resumed in July and urged “compromise on both sides.”

Palestinians point to Israeli settlement-building in occupied West Bank territory as the main obstacle to peace.

Netanyahu told Obama that Jewish history taught Israelis that “the best way to guarantee peace is to be strong.”

His remark harkened, but without the stridency, to an Oval Office visit in 2011 when he famously lectured the US president on the long struggles of the Jewish people, as he sought to counter Obama’s call to base any peace agreement on borders that existed before the 1967 Middle East war.

Ukraine has dominated Obama’s agenda, and the crisis was  touched upon during Netanyahu’s visit. “I know you’ve got a few other pressing matters on your plate,” he joked to Obama.

On Iran, Obama and Netanyahu gave no real sign of progress in bridging fundamental differences.

Netanyahu, whose country is widely believed to be the Middle East’s only nuclear-armed nation, has denounced as a “historic mistake” an interim deal that world powers reached with Iran in November, under which it agreed to curb sensitive nuclear activities in return for limited sanctions relief.

He has demanded that any final deal completely dismantle Tehran’s uranium enrichment centrifuges, a position that is at odds with Obama’s suggestion that Iran, which says its nuclear program is peaceful, could be allowed to enrich on a limited basis for civilian purposes.