Graeme Smith retires – but why the surprise?

Graeme Smith retires – but why the surprise? 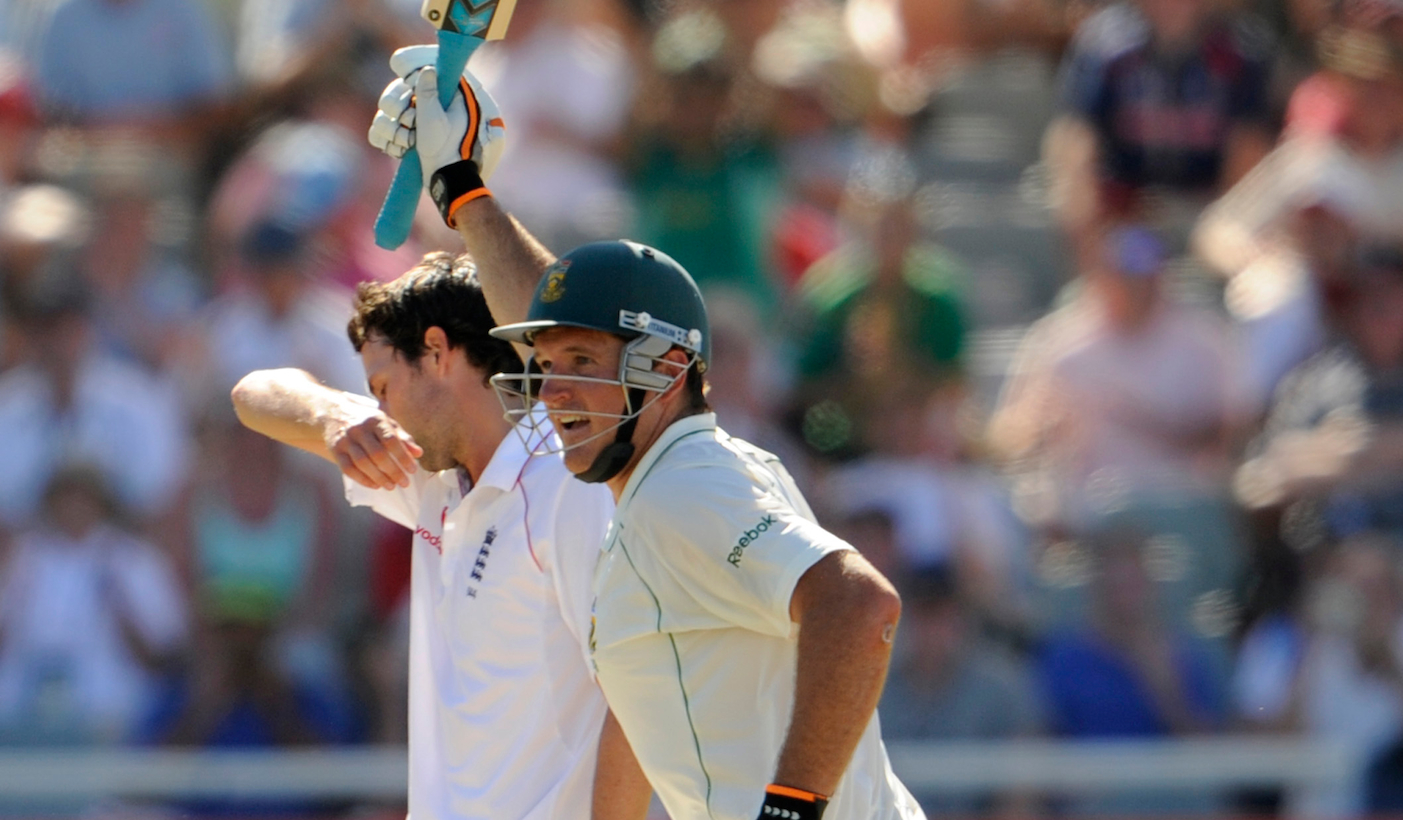 Graeme Smith announced his retirement from all forms of international cricket on Monday night. While the timing of the announcement was quite odd, the actual decision isn’t really a surprise at all. By ANTOINETTE MULLER.

Graeme Smith announced his retirement from all international cricket on Monday night. Yes, the same Monday night that South Africa had their backs against the wall in the deciding Test against Australia. Smith is in the middle of the worst series of his Test career, without a fifty in the three Tests thus far and an innings still left to go. He averages just over 8.00 in the series – the worst for a South African top three batsman in a Test series of three or more matches since 1929.

Smith will play his final innings of his international career at Newlands sometime over the coming two days and whatever happens, he will end his career as South Africa’s most successful captain, but he will now forever be remembered for the odd timing which ended it all.

Timing might never have been Smith’s strong point, but the timing of this announcement might go down as one of the most bizarre of his career. Still, it’s hardly a big surprise.

Those who were caught off guard might need to rethink their observations. Since signing a three-year deal with Surrey last year it was quite clear that Smith might not want to do this international cricket thing for much longer. While there were some suggestions that he might hang on for another year and try to make the World Cup squad, the decision really isn’t really all that unbelievable.

Although only 33, Smith has been in the job for over a decade. He has been there, done that and he has had to deal with endless politics. He is the most successful captain South Africa has ever had – while there probably are a few extra feathers Smith would have liked in his cap, it’s a pretty decorated headpiece already.

With a young family, enough accomplishment to enshrine him with legendary status and a solid deal with English county Surrey – Smith probably just felt he had enough. Why put up with all the fuss that goes along with being captain of South Africa when you’re heading into a stage of your career where you just want to let go?

“This has been the most difficult decision I have ever had to make in my life. It’s a decision that I have been considering since my ankle surgery in April last year. I have a young family to consider, and I felt that retiring at Newlands would be the best way to end it because I have called this place home since I was 18 years old.

“I have always been someone who has left everything out there on the field for my team and for my country. I’m extremely honoured and proud to have had the privilege to lead so many wonderful players and to have been a part of building the Proteas culture to what it is today. It is a culture that every player can be, and is, immensely proud of.”

Whatever the exact reasoning for Smith’s retirement is unclear. There are many theories and there will be much speculation that will range from disagreements with the board over selection to prickly moments with new coach Russell Domingo. Some of that speculation will be accurate and some will, undoubtedly, have influenced Smith’s decision. For the skipper, it will be a weight off his shoulders, but for South Africa it’s another weight piled onto theirs.

The Proteas have already lost Jacques Kallis following the India series and now have to contend with losing not only their opening batsman, but also their influential captain. AB de Villiers, as vice-captain, is the main contender to replace Smith, but he has had his struggles with captaincy in the limited overs format. With De Villiers keeping hold of the gloves and being one of the mainstay batsmen of the side, captaincy might be an additional burden De Villiers isn’t quite ready for. It does offer the opportunity for South Africa to take the gloves away from De Villiers and hand them over to somebody else, but the balance of the side might be fiddled with far too much in that case.

For now, though, that will not be Smith’s problem. The only problem he has right now is to try to pull his team together so that his retirement does not distract the side when there is an important Test on the line. The announcement could very well galvanise the team to perform and pull a rabbit out of a hat with Smith in their midst “one last time”.

There will be much analysis of Smith’s achievements, his approach and his decisions over the next few days. One thing is for sure: he may have made a career out of looking ugly, but luckily for him, his achievements, both as a captain and with the team he has so astutely led, will outshine the horrible technique which ground so many teams into the dust. He now has one more chance to remind everyone just how ugly and effective he can be when he steps out for the final time at Newlands over the next few days. DM