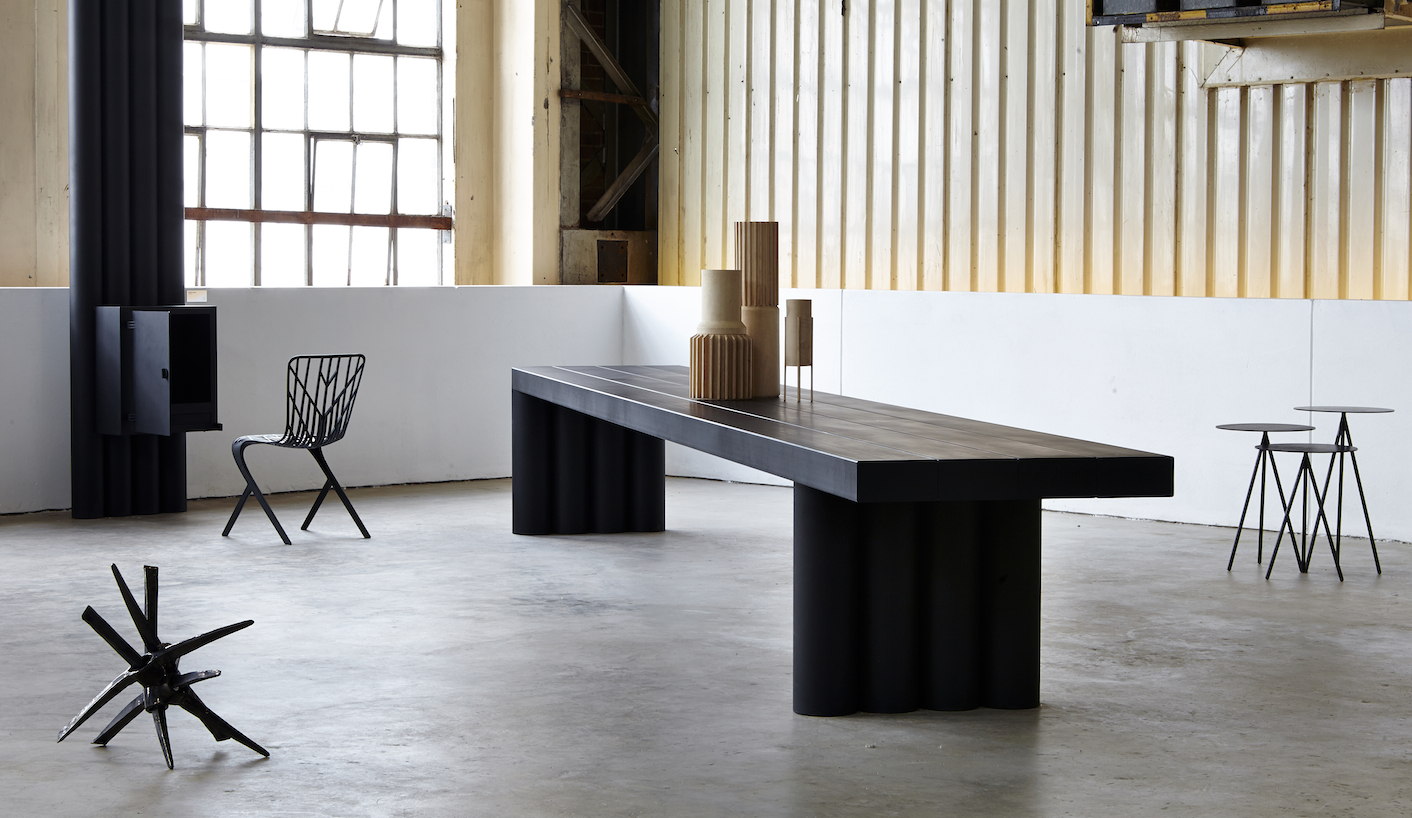 This past week Cape Town saw a flood of design buffs pouring in and marvelling at the Mother City’s abundance. And this in the wake of what insiders deemed a rather haphazard start to a year of design celebrations (albeit commencing with a flashy street party outside the City Hall on New Year’s Eve). By KATHY BERMAN.

While Cape Town, as the global World Design Capital 2014, had become a point of some tension between design cognoscenti, needy citizens, and the global title-holders, the organisers of the eponymous event must have been grateful for the 20th anniversary of the Design Indaba and its spin-offs this past week. Cape Town citizens and visitors were racing across the Waterfront from the 20-year-old Design Indaba (and Expo and Film and Music and Food Fest); to the Cape Town Art Fair and on to the magnificent Guild Exhibition which served to launch the year with the flair deserving of a Design Capital.

And naturally, in this election year, politicians took full advantage of the moment and rolled out pithy sound bytes to anyone concerned enough to stop nibbling on canapés and marveling at colour combos (mayor Patricia de Lille did a walkabout at the Design Indaba, stopping off for a photo-op and chat with such stalwarts of the cultural landscape as Jane Raphaely, inspecting the various Western Cape Design stands – including the highly contested new logo for the city while the Minister of Arts and Culture, Paul Mashatile, opened the Guild exhibition at the Lookout in the Waterfront).

Beginning with Guild, which remains on show until 9 March, the design community reveled in the most exciting of contemporary global objects – and much, much more.

Since returning to South Africa and establishing Source in 2003, Trevyn and Julian McGowan have almost single-handedly transformed the face of indigenous exports from craft and curio to haute high-end design. They list as their clients since 2003 as The Conran Shop, Anthropologie, Jamie Oliver, and  Bergdorf Goodman.

Since then, in their considered peregrinations and selling trips across the great art fairs of the world, the McGowans have not only finely curated the best of local in their beautifully honed design style but have also cultivated special relationships with the most passionate and talented fellow design gallerists and curators from across the globe – as Southern Guild at Design Miami; Design Days Dubai and the Collective Design Fair in New York.

So, while Southern Guild focuses on taking South Africa to the world, having exhibited in Johannesburg at the Circa Gallery in 2011 and the new MOAD – Museum of Art and Design – in Maboneng in 2012, Guild brings the best from across the globe to design-starved South Africans [begging the question how will we prove that we are indeed the design capital of the world this year if we are anorexic for global influence … or maybe it doesn’t beg the question…]

The exhibition includes the most sumptuous collections from Brazil, Italy, America and the UK. And it feels like a visual treat – as indulgent as Beluga caviar …for the eyes. No: gelati for the soul to continue the foodie metaphor.

Starting with select pieces from the Southern Guild shows – including works by Xandre Kriel (Samoosa Table), Conrad Botes and Gregor Jenkin (wooden storage pieces), Wayne Barker (carpet) and others, through to the most imaginative collection for Design Network Africa, a collaboration established by McGowan with the Danish Centre for Culture and Development: The DNA included the stunningly beautifully wrought work of Senegalese craftsman Babacar Mbodj Niang, creator of humanoid furniture pieces, devotedly reflecting their wooden, metal and leather origins; Cheik Diallo of Mali – whose seating is woven from coloured thread; and South African Dokter and Misses whose retro-African-deco pieces have created unlikely global icons of the duo; and many textile and fabric pieces, including Ronel Jordaan’s well known “poufs”.

From Brazil, and the young Coletivo le Amor de Madre, whose evolution maps that of South Africa’s design collections, were select pieces directly referencing indigenous materials and objects turned into collector design. Sergio Matos’ Balance Bodocongo is a beautifully constructed swing from wooden spoons and leather thongs. As intensely material in feel were the “fluffy” and organic art nouveauesque pieces on the US stand, curated by Zesty Myers and Evan Snyderman of R 20th Century Gallery.

These material-intense works were counter-balanced by the multi-coloured industrial design referentiality of the Italian collection. The ebullient ever-youthful curator, Rosanna Orlandini’s,  whimsical eye has introduced locals to the most original peacock chair, glass chandeliers and seats. Orlandini is the original Italian design icon and hails from a deep tradition of art and fashion, and to this day is recognized for her ability to cherry-pick avant garde work that will become infinitely collectible.

Finally, bringing home the significance of local design influence were the two statuesque horses from Handspring Theatre Company who have been the globally-lauded for their work on the West End stage production of Warhorse, still showing at the National Theatre in London.

Offsetting all was the view to the ocean and elegant food from a Tasha’s pop-up managed by the venerable lady herself. DM