Meet the next president of Mozambique: Filipe Nyussi 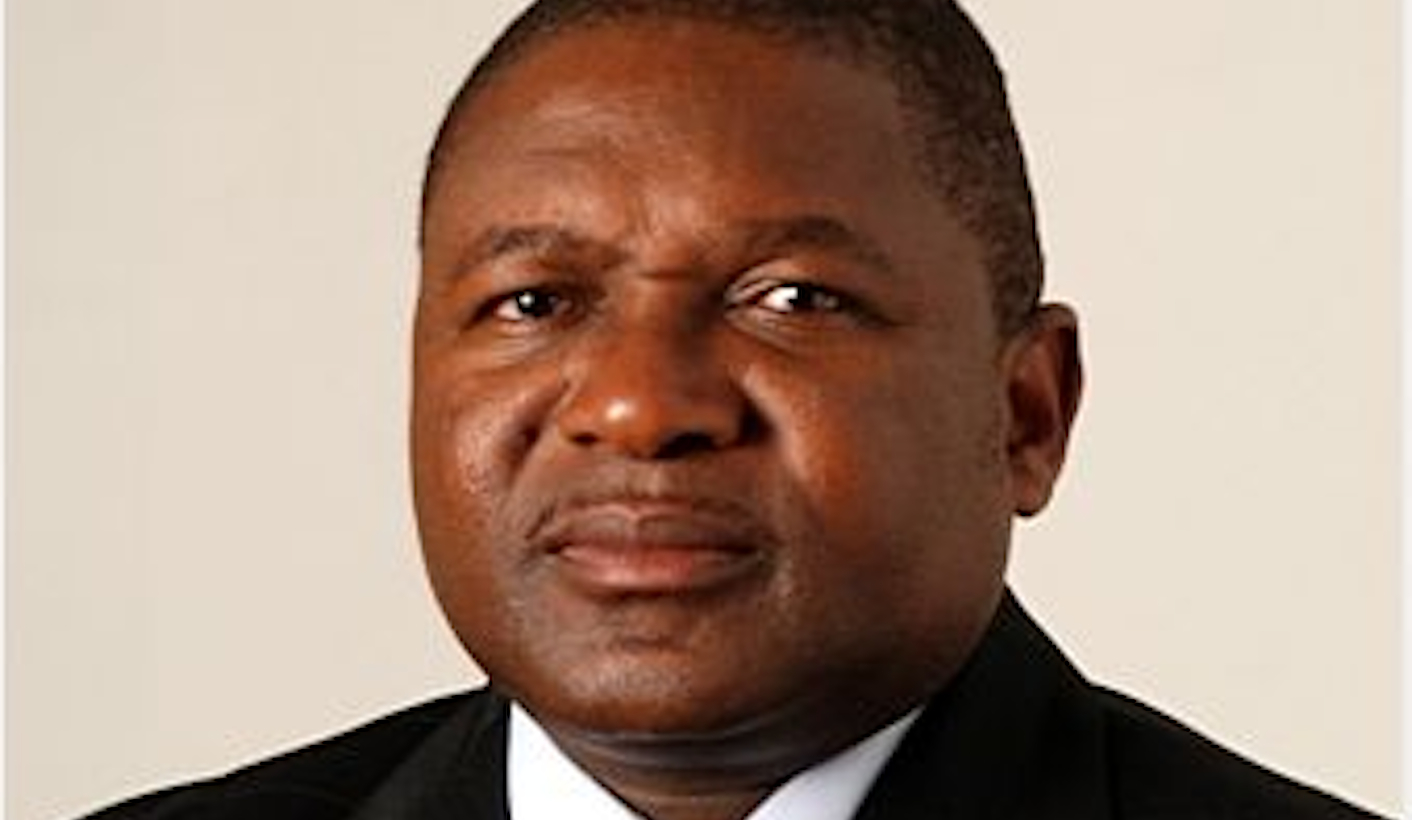 Don’t worry if you haven’t heard of Filipe Nyussi. Most Mozambicans don’t know much about him either. But it’s time to start learning. Unless something goes very wrong – and even though Graca Machel is none too happy about it – Nyussi will be Mozambique’s next president. By SIMON ALLISON.

On Saturday and, unexpectedly, into the early hours of Sunday morning, the inner circle of Mozambique’s ruling party gathered in Matola, near Maputo, to make a monumental decision. It was the task of the Central Committee of the Frente de Libertação de Moçambique (Frelimo) to choose the party’s next presidential candidate – and therefore the country’s next president.

The current president, Armando Guebuza, is reaching the end of his second term in office. As Mozambique’s constitution dictates, he must now step down, and he is – despite having a large enough majority in Parliament to alter the constitution and extend term limits. Once upon a time in Africa, this in itself would have been cause for celebration, but presidents-for-life are fast becoming the exception rather than the norm. Elections are scheduled for October.

Frelimo is an electoral juggernaut. Capitalising on its civil war record, and enjoying the advantages of incumbency, the party has increased its parliamentary majority with every election since the end of the civil war in the early 1990s. In 2009, it won 191 of the 250 available seats in parliament. In practical terms, Frelimo’s dominance means that their presidential candidate is almost guaranteed to be the next president of the country, even taking into account an unpredictable military engagement with civil war foes Renamo and a surge in support for the new Democratic Movement of Mozambique (MDM).

The Central Committee meeting was not quite so predictable. Like in many other de facto one-party states, the real politics happens within the party, and two factions had emerged in the run-up to the meeting: one aligned with President Guebuza, another representing the ‘old guard’ of former President Joaquim Chissano and former First Lady Graca Machel.

The competition within Frelimo is a good sign, argues Elisabete Azevedo-Harman, a regional expert with think tank Chatham House. “The uncertainty that surrounded the weeks before and the last minute candidates that came up show that the party does still have internal democracy and there is still this attitude of questioning leadership that has been typical in transition phases in Frelimo. In 2013 there was a real fear that this had finished, that Guebuza had been too charismatic, had taken too much control of the party’s internal organisation. But this process shows that no one really owns the party. I think it is good news for the consolidation of the country.”

Graca Machel played a crucial role in ensuring that Guebuza did not have it all his own way. As South Africans, we often forget that Graca Machel does not belong to us alone, and that she is far more active in the politics of her own country. Her presence was crucial on the day – an impassioned speech, combined with some serious backroom lobbying, ensured that there was at least a contest. In the run-up to the meeting, Guebuza’s allies had tried to fix the vote, presenting the Central Committee with a shortlist of just three people, all from the Guebuza faction. Between them, Chissano and Machel were able to add two of their own candidates to the shortlist.

Their efforts were ultimately in vain, however. After two rounds of voting, Defence Minister Filipe Nyussi emerged as the front-runner by some distance. It was a clear victory for Guebuza, who has been Nyussi’s political mentor. “A scenario in which Guebuza retains power and influence in an official position with Nyussi as president is now more likely than if for instance Luisa Diogo [the Chissano/Machel-backed candidate who came second] was selected as presidential candidate,” said Markus Weimer, an independent analyst who focusses on Mozambique.

Joseph Hanlon, a senior lecturer at Britain’s Open University and a specialist on Mozambique, concurred. “Nyussi is the least known – both to the party and the public – of the possible candidates. Point is not if he is close to Guebuza but rather that his rise has been entirely due to Guebuza and as the least experienced of the candidates [he] will, at least initially, be totally dependent on the Guebuza machine for advice, administrative support, etc.”

Nyussi is something of a dark horse, having sailed under the radar for much of his time in politics – even though he’s been minister of defence since 2008, usually a high-profile position. Prior to that, he directed the country’s state-run railway corporation, which is where he is thought to have crossed paths with Guebuza (the current president was once minister of transport).

“It is hard to see who is Nyussi in terms of political vision or political action. He’s not really known as a political figure in the country,” commented Azevedo-Harman. Two things, however, stand out. First, his relative youth. At just 51 years-old he is from a different generation to all of Mozambique’s previous leaders, and a full two decades younger than Guebuza. This will, inevitably, give him a different perspective. Second, his origins. Nyussi hails from the northern Cabo Delgado province, and will be the first Frelimo leader from the north. Although Cabo Delgado itself is a Frelimo stronghold, the north has traditionally been a source of strong opposition to the ruling party. “It is remarkable that Frelimo has, for the first time, a candidate from the north,” said Azevedo-Harman. It’s also worth mentioning that Cabo Delgado is where most of Mozambique’s offshore natural gas deposits have been discovered.

Despite the advantages with which Nyussi enters the presidential contest, he will still need to campaign hard. The MDM is a young, energetic opposition party which has scored some serious upsets against Frelimo candidates in municipal elections. It is particularly popular in urban areas. Although it’s unlikely to seriously challenge for the presidency, it has the potential to win a significant number of seats in parliament, depriving Frelimo of its two-thirds majority in the process. Nyussi will be trying to prevent that from happening – even though, ultimately, a more balanced parliament might be in Mozambique’s best interests.

Of equal concern is Renamo, which – frustrated with its lack of success in the democratic era – recently threatened to resume hostilities. A new deal was brokered, and the would-be rebels agreed to participate in the elections. However, there have been incidences of violence attributed to Renamo as late as 24 February. “This raises the question whether Renamo in Maputo and Renamo in the bush are on the same page or whether there are different wings with divergent interests,” said Weimer. DM