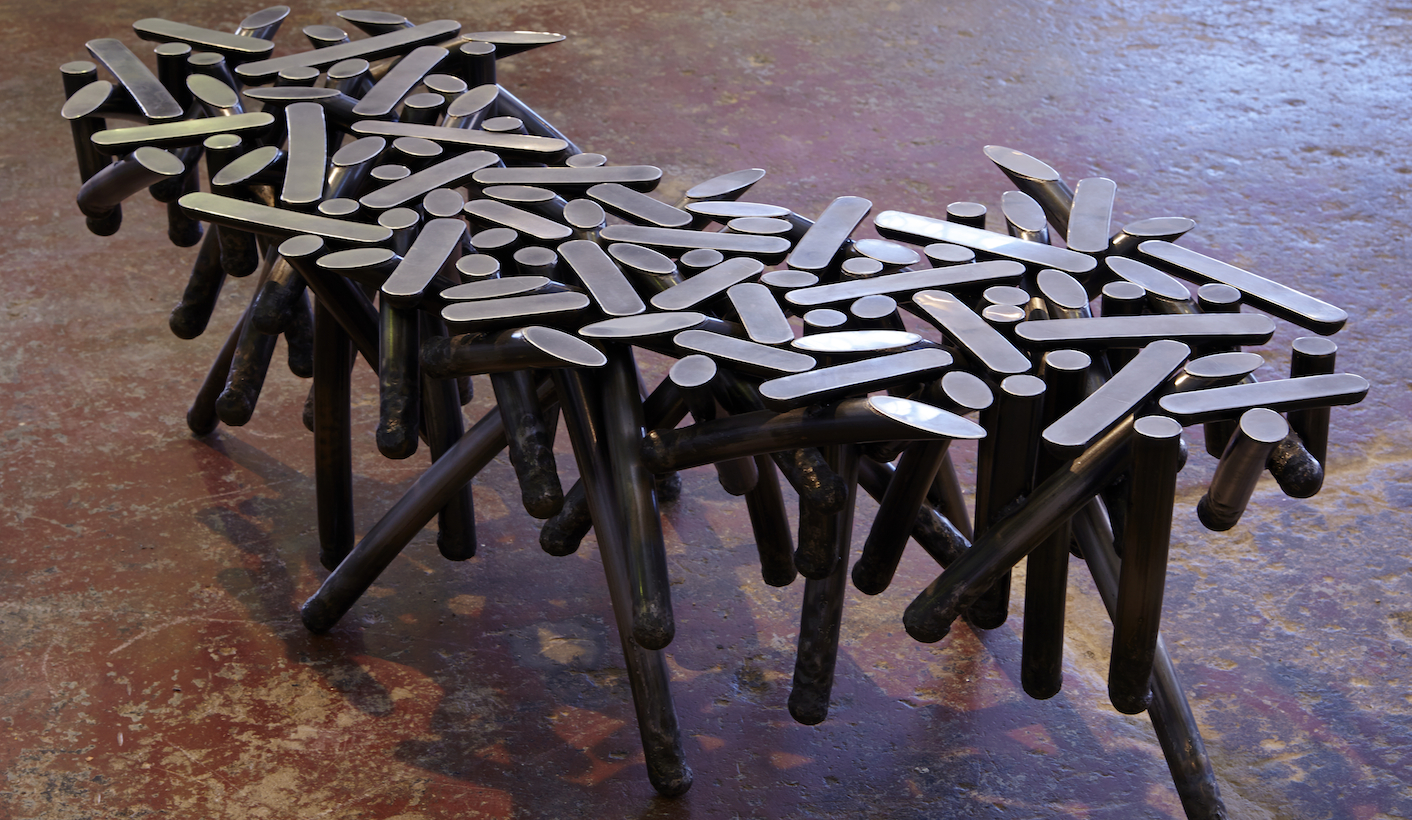 While the sheer beauty of contemporary design, objects, and materials at the GUILD exhibition left one breathless, the Design Indaba yet again took us beyond the fabulous and purely aesthetic into so many areas of discourse – substantial, sustainable and significant. By KATHY BERMAN.

It took the Danish contingent, towards the end of the 2014 Design Indaba Conference, to ram home the message of purely functional design. And this in the year of Cape Town as the Design Capital of the World 2014 and the morning after the opening of the Cape Town Art Fair and Guild exhibition which were devoted to aesthetic delight.

While so many Conference speakers are chosen because of their commitment to sustainability, function and reference to their contexts… in terms of developmental design, it was the Danes, the original home of Haute Design, who, in one visual conceit, remind us that real design lives, resonates and vibrates for 99% of humanity and not the 1% luxury market.

As Danish architect Nille Juul-Sørensen, CEO of the Danish Design Centre 1, noted in one metaphoric statement that when he was invited to work for a French fashion accessories company creating items that sold for $10,000, he emphasised that these were not a luxury. For 99 percent of the world, a glass of water was.

It is a statement that brings it all home.

This year was the first serious foray into Africa. While the Design Indaba signature exhibition within the Expo last year was curated by the famed trend stylist Li Edelkoort – who played with post-modernising traditional objects in the vibrant and vivacious Totemism Memphis Meets Africa last year – this year the Design Indaba went straight to source with its official exhibition, Africa is Now, which featured over 66 designers from 25 countries across Africa.

Africa is Now has to be evidenced in the sudden interest shown by global entrepreneurs for example the producer of Finding Fela – a commodities trader in NY who happened across a red and orange cover on Amazon and ordered a Fela CD, sight unseen, and went on to finance the Fela musical and then the documentary that is on at local art houses near you.

And then of course there’s Jochen Zeitz, the German industrialist whose architect, Thomas Heatherwick, unveiled the design for the Zeist MOCAA – Museum of Contemporary African Art – to be sited at the Waterfront, on conclusion of the first day of the conference.

The enduring theme of Africa and development carried through to young design talents and established names alike. Local artists featured included the grandfather of documentary photography, David Goldblatt, who received a standing ovation, science fiction writer Lauren Beukes, visual activist Zanele Muholi and fellow famed artist Nandipa Mntambo, as well as a band of young artists who collectively formed part of a curated project called 89Plus which highlights the work of what we in South Africa collectively term the “Born Frees” and who have come of age in our new Democracy.

But it is in the design and innovation space that the true value of Design Indaba lies as well as the valiant attempts of designers to change their world in a truly meaningful way.

Ivory Coast architect Issa Diabaté is building the first architectural school in Abidjan, while he awaits official approval for a large-scale urban revamp. His presentation brought home the contradictions shared in everyday (South) African life, as he juxtaposed village street images of dwellings built from wood with his new developments that draw from that vernacular. He delighted us with his explanation of how he gradually inveigled the community to upgrade their public spaces into sustainable green areas.

Adding gravitas to the developmental debate for architecture, while complying with the demands large urban commissions, was famed Mexican architect, Michel Rojkind (named by Wallpaper magazine as one of the “150 Movers, Shakers and Makers That Have Rocked the World in the Last 15 Years.”)

Cape Town Homeboy-done-good in the USA, Clive Wilkinson, with over 80 design awards and the 2012 Smithsonian Cooper-Hewitt Design Museum National Design Award for Excellence in Interior Design, astounded with his wonderfully innovative interior design for Googleplex and the 200-seater undulating desk that covers 4400 feet – for the Barbarian Group in NYC.

Japanese designer, Naoto Fukasawa – back for a second time and whose work is almost ubiquitous across many industrial designs – whose Without Thought doctrine dictates the minimalist simplicity of his methodology, noted humbly that “Aesthetics is beauty found in relationship between things”. And this bridges the gap between functional and beautiful.

While the vast base of the conference discourse is developmental and environmental, for the visually literate and witty, the Design Indaba also treats the graphic, and industrial design connoisseur with serendipitous visual conceits and aural delights.

This year, O&M’s Chris Gotz opened the conference, and graphic designers from Holland (Scholten and Baijings), Spain (El Ultimo Grito) and other locations, including Brazilian ad genius Marcello Serpa, spiced up the event with their wit and celebration of advertising, marketing and design. A highlight was the visual wit of New Zealand Dean Poole, whose work for the local Art Museum was supplanted by his graphic “novel”.

Visually sumptuous with its performance elements was the work of Danish fashion designer Henrik Vibskov.

But it was the final event this year which eclipsed all: Here Austrian graphic designer and cynic humorist resident in NYC, Stefan Sagmeister, highlighted a museum exhibit, originally commissioned by MOCA Philadelphia based on Sagmeister’s ten-year exploration of happiness. The Happy Show offers visitors the experience of walking into the designer’s mind as he attempts to increase his happiness via meditation, cognitive therapy, and mood-altering pharmaceuticals.

He started out by assessing the current score of the collective group of trendoids’ happiness on a scale to 10, and ended by exhorting the collective cynics to reach a score of  9 or 10 out of 10 on the happiness scale. It worked. As Design Indaba delegates exited the last of the lectures for 2014, the mood was exultant. It felt as if we were a group of initiates to a cult – a design cult – as we emerged ready to face the world again, transformed into believers of the power of developmental design… and sustainability. Or maybe just another Design Indaba supremely accomplished. DM