Analysis: Numsa’s imminent morphing into a political party – advice from a political hack 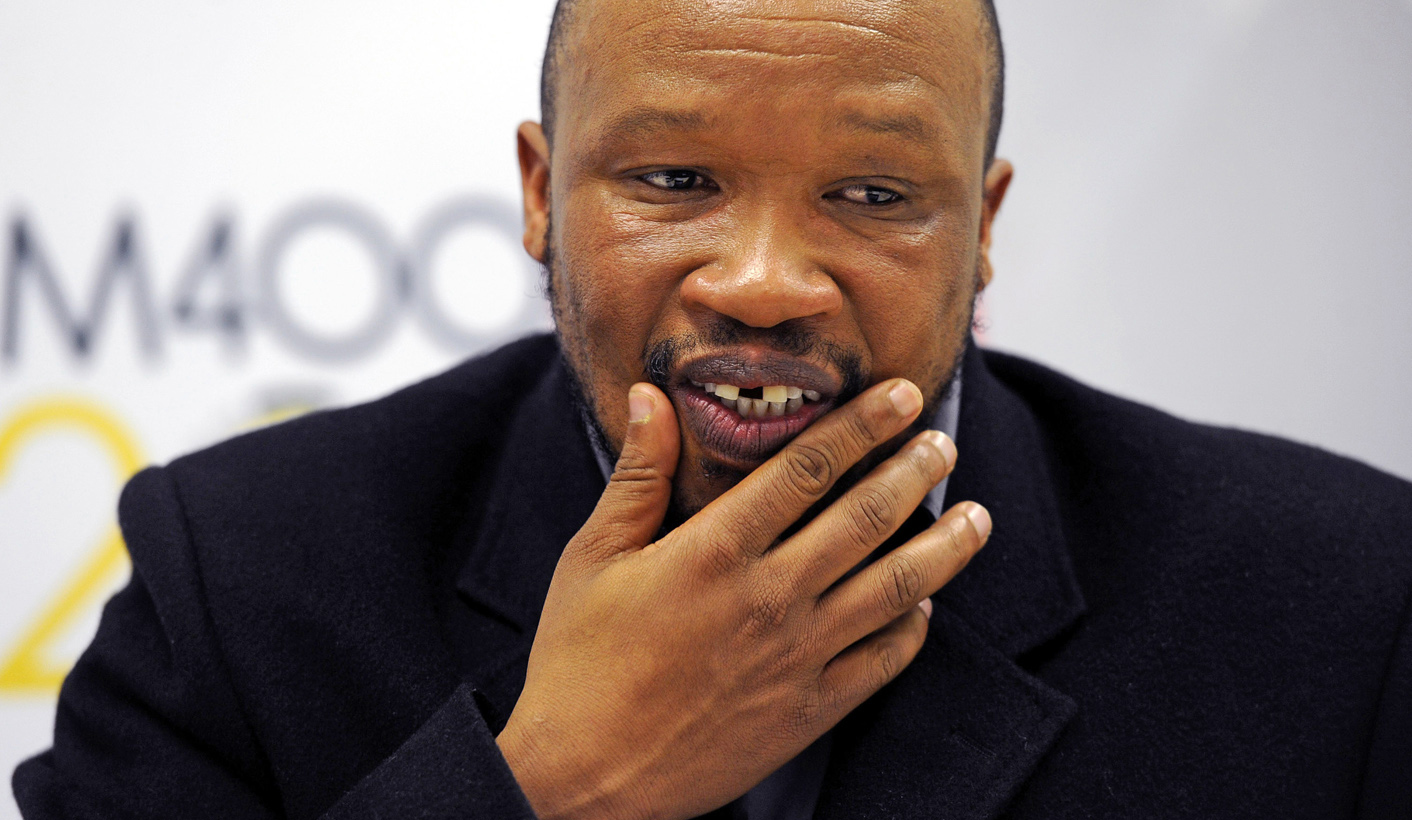 On Monday the National Union of Metalworkers of SA felt compelled to release a statement in which it confirmed that it would not be running as a political party in the May elections. But if you examine the statement carefully, it's clear that it's just a question of time. The union is starting something, and you can talk about formations and fronts and unity all you like - it's going to quack like a political party and walk like a political party. Therefore it will be a political party. It doesn't have a name yet, but we're campaigning hard for Shosholoza. And being in a charitable mood here at the Daily Maverick, we decided it would be nice of us proud capitalists to offer some helpful advice, although we're not arrogant enough to presume that the union will follow it. By STEPHEN GROOTES.

First things first: Don’t cock it up. The quickest way to do cock it up would be to rush into an election. So, from the point of view of starting your party, you’ve done the right thing. A small delay here won’t be a terrible thing, while rushing into it could be. The problem with speeding into an election is that you can do badly and never recover. Our history is replete with examples: the United Democratic Movement, the Independent Democrats, etc.

You might wonder why have we not mentioned Cope. Here’s why: it wasn’t really the timing that cocked things up for Mosiuoa Lekota and Mbhazima Shilowa. It was two other aspects: the two simply had more ego than is healthy in a country smaller than Canada, and their formation was riven with spies. The current head of the ANC used to be that body’s head of intelligence. Do you really think he’d forgotten all the skills and techniques that made him the ANC’s Number One spy?

As Cope tried to take people from within the ANC along, it was pretty easy to smuggle some Zuma-ites in for the ride. Look how many of them have now gone back to the ANC (yes, Philip Dexter, I’m looking at you. You write beautiful letters to the Business Day and I can’t wait for your response in the comments section below).

So it’s absolutely vital that NUMSA makes sure Shosholoza is absolutely clean of this kind of deployed cadre, particularly in the leadership echelons.

Then there is organisation. We’ve said before how important this is. Essentially the difference between the ANC, the DA and everyone else is structure, or the idea that the party is bigger than the individual. In other words, if your leader has to disappear tomorrow, the party has to be as strong without them. To achieve this, my dear Leftie friends, as a famous Conservative once said, I have nothing to offer you but blood, toil, tears and sweat. It requires work, serious work. There’s a reason Gwede Mantashe spends so much time in places like Kuruman. It’s because party structures all over the country matter. And come election time, that machine is what can really deliver the work [and the votes – Ed].

But, of course, you have some advantages here. You run unions, you know how to do this, you have people all over the place (certainly in the urban areas), you have structures of shop stewards and regions and provinces and National Office Bearers.

Now, to leadership. There will be plenty of speculation about who your Number One will be. Try not to get sucked into it. And good luck with that. Speaking as a political hack myself, it is going to be relentless. We will hound you, speculate, fulminate, and in the end, some of us will probably simply make it up. But try not to let it get you down.

And while you’re there, don’t be silly. Just make it Zweli. It doesn’t matter how you do it, or what pretence of democracy you use in the end, it must be Zwelinzima Vavi. He is the biggest national leader outside the Alliance right now and has the best reputation as a corruption-fighter. When it comes to 2019, or even the Local Government Elections in 2016, you are going to need someone who can be a good symbol against the symbol of the ANC. Make him the one. Make it so.

Then there is the process of becoming a party in the first place. Obviously it’s going to be a long process; you yourselves have decided that no formal decision will be made until next year. You are now about to start the coalition-building phase, the part where you slowly talk to certain organisations about whether or not they agree with you on certain issues, and what you need to sort out to make things a little more formal. Again, that is not easy. But be careful of the organisations you take in. Anyone with any claim of corruption against them is an absolute no-no. So is anyone who just wants to be a leader rather than help with the followers.

So no Lekota, no Shilowa.

Under any circumstances. It will just give the wrong impression, he will poison your organisation, and when he goes down, he’ll tarnish you for years. Don’t do it. Even if it’s tempting. You’ll pick up his votes without him, and be all the stronger for it.

Now, we wouldn’t be proud capitalists without wanting a quiet word on your ideology. Yes, we get it, you’re Lefties. I am not; ask Stuart Wilson. But never mind one’s economic ideology, there is one major question you have not ever been able to answer. And it’s not about the size of the state, or nationalisation, or anything like that. I get that that is what you want to do, it’s your major campaign plank, and the ANC’s economic policy is really why you’re doing this in the first place.

This may not matter too much on the stump in Tembisa and Buffalo City. But it is going to matter among the commentariat. We are going to hound you with this question. Your credibility is going to be on the line here. What are you going to do that will make South Africa work better than it does now? In the past, we have asked you this. You need to come up with an answer.

Having said all of this, I have to add that there is probably a hunger for you among the electorate. There is a desire for some form of opposition to the ANC. This is not some agenda-ed member of the fourth-estate’s view. It’s drawn from the fact that so many South Africans don’t vote. So, good luck. But remember, you have some of the best political operatives in the business working against you. So be careful. DM

Grootes is the senior political reporter for Eyewitness News, and the host of the Midday Report. NUMSA features highly in his book SA Politics Unspun.