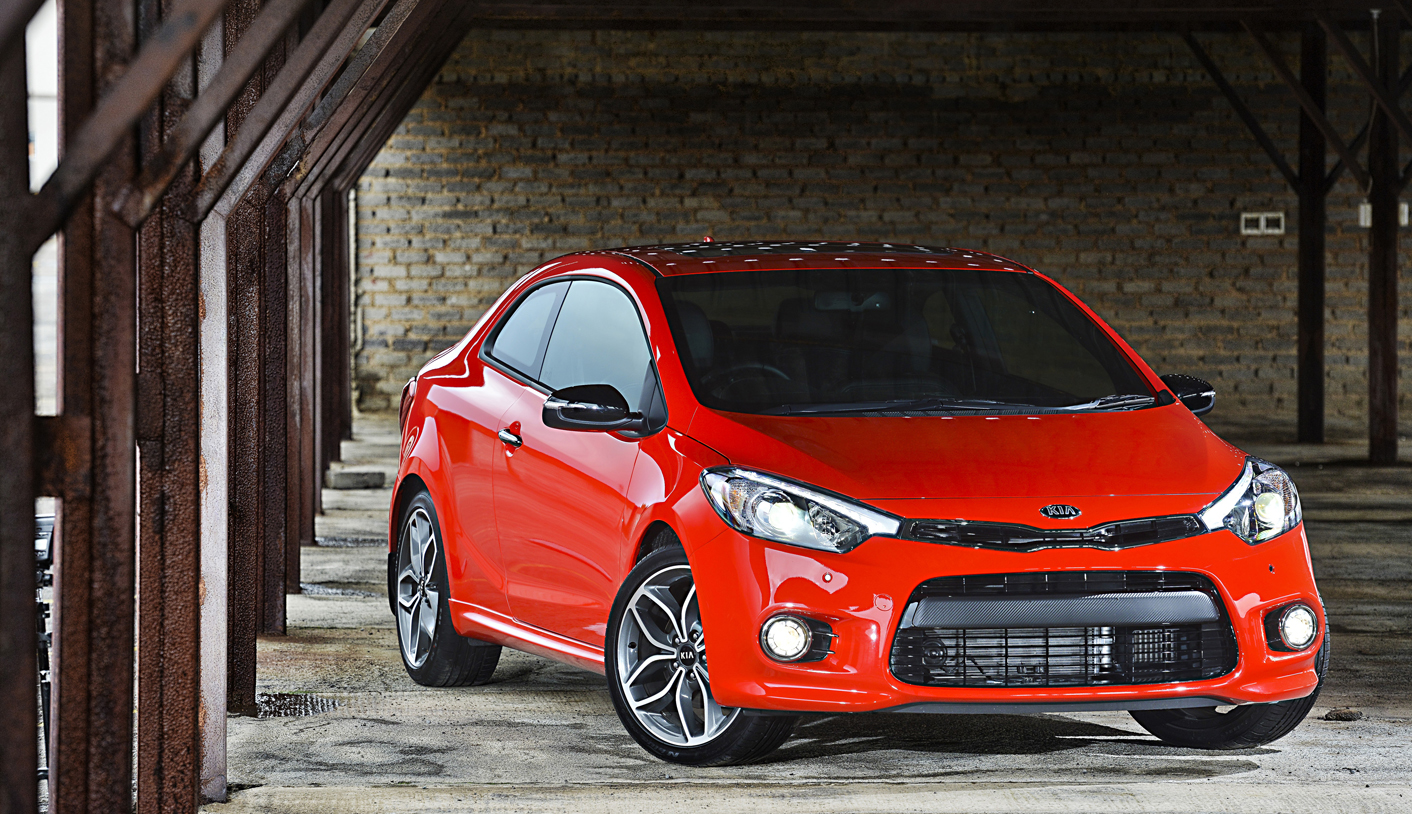 We all know that Korean cars used to be cheap and (some would say) nasty. We also know that that accusation no longer holds true. Most of today’s top Korean models cut a fine figure, feel reassuringly well engineered, and also deliver on the dynamic, comfort and safety fronts. The latest addition to Kia’s Cerato family is a good case in point. By DEON SCHOEMAN.

There is something inherently attractive about a coupé. Perhaps it’s the two-door configuration, which tends to allow a certain aerodynamic optimisation of shape and silhouette.

Or could it be that the inherent impracticality of that two door-configuration has allowed the coupé’s image to rise above the mundane practicality of the mainstream four-door model it is often based on?

Of course, the inherent desirability of the coupé could also be the result of the motor industry’s clever and concerted marketing efforts, which have not managed to make those two-door cars appear more desirable, but have also persuaded pundits to pay more for the privilege.

However, more than any practical or pragmatic aspect, the appeal of a coupé relies on its aesthetic execution. Nobody needs to ask why you drive a coupé (and accept its two-door impracticality) if the car looks the lithe, athletic, sexy part.

The Kia Cerato Koup is the two-door spin-off of the mainstream Cerato hatchback and sedan models. And while the latter duo aren’t aesthetically challenged, they can’t match the Koup when it comes to head-turning charisma.

The Koup (yes, that’s the way Kia spells it) is a head-turner. Now in its second generation, it builds on the original’s combination of sleek, probing nose and short, high rear deck, but delivers a look that is more purposeful, and more coherent than its predecessor.

The scalloped flanks, deep sills and high waistline create an impression of visual muscle, especially towards the rear of the car, where the wide track and flared wheel arches suggest a certain athletic intent.

The front combines a slim, almost delicate grille with wild-staring headlights, a hungry lower air intake and an integrated bumper with integrated spoiler and recessed fog lamps. The high rear is saved from blandness by tapered tail light clusters, and a prominent if largely cosmetic rear diffuser, finished in black and  providing a home to the twin exhaust tailpipes.

Step into the cabin via the wide-opening (but fairly large and heavy) doors, and the first impressions are of a comfortable, sporty and functional space. The dashboard layout is pure Cerato, but dressed up in fancier, faux carbon fibre finishes, yet sharing the same intuitive ergonomics.

A multifunction steering wheel frames the main instrument binnacle, with its analogue dials and digital trip computer, while the centre stack is home to a compact but clearly legible LCD display for the entertainment system. Aluminium-look pedals add further visual zing.

The boot will silence those critics who  complain that coupés don’t have luggage space: at 433 litres, the boot is generous, be it for large suitcases, active gear or golf clubs.

The seats look a little bulky, but provide and excellent mix of sink-in comfort and firm support. Being a two-door, the focus is mainly on the front occupants, but having said that, the rear seating is pretty comfortable, and access is made easier by the fact that those front buckets slide far forward to ease entry and exit.

One of the Koup’s showpieces is the engine: a 1,6-litre four-cylinder petrol unit with direct injection and a turbocharger. It’s a lusty mill, happily piling on the revs on the way to a maximum output of 152kW at 6,200 r/min, while the power peak of 265Nm is sustained between 1,750 and 4,500 r/min.

The Koup comes with a choice of six-speed manual or six-speed automatic, but the car I drove was the former, its chunky six-speed shifter nicely positioned, and delivering a mostly positive and incisive gear change action.

On the move, the Koup feels willing and able from the outset. The engine pulls strongly from low down, and enjoys being revved into the red, always sustained by more than enough torque. The result is athletic performance – not the tar-ripping, rubber-smoking kind, but swift and incisive enough to get off the mark smartly and surprise the traffic Grand Prix brigade.

Acceleration from rest to 100 km/h is in the mid 7-sec bracket, which won’t bother icons like the Golf GTI, but is brisk enough – in fact, the Kia always feels faster and rortier than the figures suggest. Top speed is 224 km/h.

Perhaps more important is the in-gear response and overall tractability. A nicely stacked set of ratios allows the engine to always deliver its best, and overtaking is child’s play.

The handling package could be crisper, though. The front MacPherson struts and rear torsion beam are conventional enough, and the spring and damper package finds a good compromise between firmness and comfort. But the electric power steering is less convincing, and lacks in both heft and feedback departments.

It’s not an insurmountable flaw and you soon get used to the somewhat anodyne steering feel, so that the car’s willing turn-in and flat cornering talents can be fully and pleasurably exploited. The Koup always feels nicely balanced, and never succumbs to excessive understeer unless you plough into the tight too early and too hard.

Mid-corner lift-off allows a tightening of the chose line and a slight rear lightness which never quite gets to oversteer, but adds to the driving appeal of the car. The brakes match the rest of the dynamic package, with a reassuringly resolute bite.

Most of all, the Kia Koup is fun to drive. It’s sporty without being intimidating or outrageous, while also scoring good marks in the comfort and convenience categories. You don’t have to live with the jarring, uncompromising ride so often a trademark of performance machines, while long-distance cruising is a smooth and unruffled affair.

Add a comprehensive list of standard kit, and an equally full-house array of active and passive safety features, and there’s little not to like here. Even the R334,995 asking price reflects decent value.

The Kia Cerato Koup proves that owning and driving a two-door coupé does not have to be a compromised experience. Yes, the absence of rear doors is inconvenient, but the aesthetic gains are considerable, while the rest of the package pleases at virtually every turn. DM