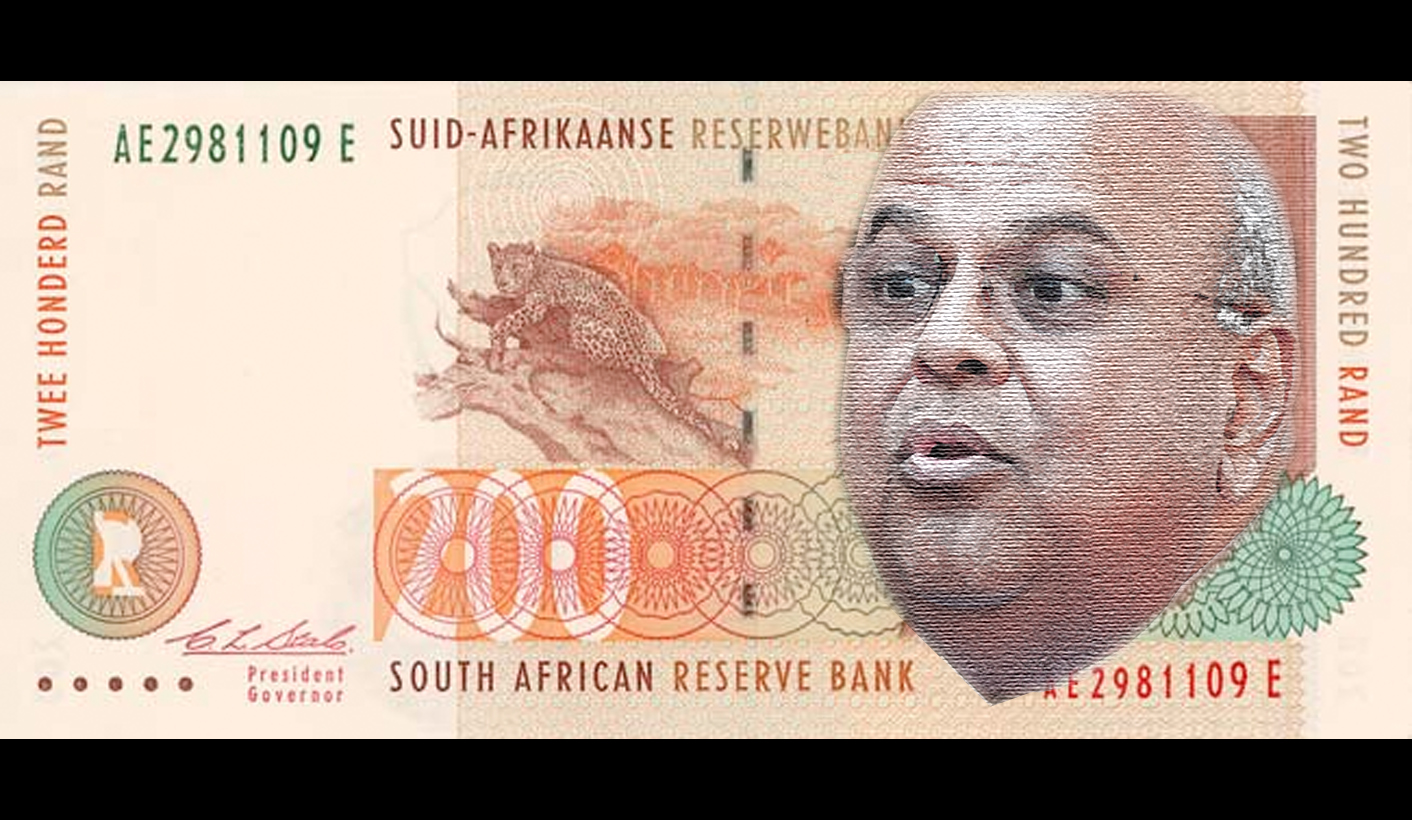 It was not the election year Budget many thought it might be, neither was it designed to drum up the ANC’s narrative of a “good story to tell”. Finance Minister Pravin Gordhan used the last Budget of President Jacob Zuma’s administration to provide a reality check about the state of the economy and what the South African state is able to do in a tough financial climate. And while Gordhan might have been under pressure from his party and its labour ally Cosatu to steer towards “radical” economic change, this was not reflected in the Budget. By RANJENI MUNUSAMY.

As Parliament adjourned following the presentation of the 2014 Budget on Wednesday, the first person to congratulate Finance Minister Pravin Gordhan was his predecessor Trevor Manuel. Manuel first high-fived Gordhan and then hugged him. If there was anyone in that House who could appreciate how difficult it was to present a well-rounded Budget in turbulent economic times, it would be Manuel. Asked a few minutes later whether he would have delivered the same speech Gordhan had done, Manuel responded “Probably. Considering the climate, he did all he could.”

While Gordhan’s Budget was conservative and austere, his boss President Jacob Zuma seemed to have something else in mind last week about where the economy should be heading. “After the elections, the country will enter a new radical phase in which we shall implement socio-economic transformation policies and programmes that will meaningfully address poverty, unemployment and inequality,” Zuma said in his reply to the debate on the State of the Nation speech.

But Gordhan made it clear in a media briefing before his speech to Parliament that the budget would be binding on the incoming administration for the next three years. While Gordhan said in his Budget speech that there was a need to “work together to radically change our economy”, there were no major shifts announced.

There was little attempt by Gordhan and his team to attempt to dress up the narrative as sunshine and roses on the 20th year of democracy or give a big present to the ruling party through big promises ahead of the elections, just 10 weeks away. The economy “continues to perform below its potential”, the National Treasury said in it 2014 Budget Review. In his speech, Gordhan cautioned that “our present circumstances oblige us to live and spend modestly and keep a “careful balance between social expenditure and support for growth”.

The expenditure ceiling, which commits government to spending limits for the next three years, also puts paid to any hopes or election promises that the state would splash out on new developments or projects anytime soon. Speaking off-the-cuff during the speech, Gordhan said: “Any new idea, project undertaking, must be below the ceiling”.

It has been difficult for Gordhan to maintain his line for the need for fiscal discipline and belt-tightening in light of excessive spending to fund the high-flying lifestyles of members of Cabinet and general wastage in government. In October last year, Gordhan announced cost containment measures to limit expenditure on conferences, travel, entertainment and catering. Cost containment instructions were issued in January, Gordhan said, and these will contribute to savings over the next three years. Departments will be audited on these measures in the preparation of annual financial statements.

The National Treasury, in partnership with the Department of Performance Monitoring and Evaluation, has launched a series of expenditure reviews. Gordhan said the office of the Accountant-General has stepped up efforts to strengthen the financial control environment and has undertaken 27 forensic reviews over the past 12 months.

Anticipating criticism from some opposition parties that government was still dragging its feet on the implementation of the National Development Plan (NDP), Gordhan told the media that projects were now being funded. “South Africa is a noisy place. Sometimes perceptions are stronger than fact,” he said.

The Budget Review lists the youth employment tax incentive, the upgrade of 1,400 informal settlements and new bus rapid transport systems in nine cities as part of the medium-term initiatives supporting the NDP.

With regard to the National Health Insurance (NHI), Gordhan said the Department of Health’s white paper on the NHI and a financing paper by the National Treasury have been completed and will be tabled at Cabinet shortly. These could be released publicly before the elections.

The area where the state can perhaps boast that it has a “good story to tell” is on tax compliance and collection. Over the past 20 years, tax revenue has increased tenfold, and will exceed R1 trillion next year. Gordhan said in the past five years, the tax register of individuals grew from 5.5 million to over 15 million to include all known economically active individuals. Companies on the tax register now stand at more than 2.3 million. The number of employers registered for pay-as-you-earn is nearly 404,000, Gordhan said.

The South African Revenue Service (SARS) is working with other government agencies to share “non-confidential electronic data”, Gordhan announced. “Without compromising privacy and confidentiality, this will contribute to reducing identity fraud, lower administration costs and enhanced compliance,” he said.

Acting SARS commissioner Ivan Pillay said this would enable the revenue service to continuously improve integrity of data. It would also improve the service offering from government as residents would not have to give same information to different government institution repeatedly. The type of data to be shared would include identity records, company documents and records of trusts, Pillay said. No confidential information would be shared, he said.

Opposition parties were hard pressed to condemn Gordhan outright for the Budget, even if election campaign politics demanded that they do so. DA finance spokesman Tim Harris said even though it was an election year, Gordhan “did not have the space to behave in a populist manner”. But he said the Budget paid “lip service to the NDP” and there were few bold reforms to increase growth and tackle unemployment.

ANC national treasurer Zweli Mkhize said there were “serious constraints” due to the financial climate and Gordhan could not have done better in structuring the Budget.

The IFP leader Mangosuthu Buthelezi agreed that the global economic situation left Gordhan with little room to manoeuvre. He said it “might not be his fault” that the Budget was so conservative in measures to increase growth and increase job creation. Asked whether he thought Gordhan should return to the portfolio, Buthelezi would only say he thought that he was a “good minister”.

There is one person’s view that does count in terms of whether Gordhan returns or not. Speaking at a Treasury reception after the Budget speech, President Jacob Zuma said he thought it was a “very, very balanced budget”.

“As I listened I said ‘What a good story to tell’,” Zuma said to laughter from high-powered business leaders and guests. “The world economy is in trouble and the Minister of Finance navigated that space under difficult conditions.”

Zuma joked that he “would never apply for that job”. He also said “I don’t have stress, it does not exist in Zulu”.

Despite the luminaries attending the reception, the Treasury only served biscuits and guests had to pay for their drinks. Zuma commended the department for not wasting money on catering. He said they were setting the example to tighten belts as “the situation is a little bit rough”.

Asked by Daily Maverick whether his high praise meant that he wanted Gordhan to return to his portfolio, Zuma would not disclose his thinking for his possible second administration. He said he was merely giving Gordhan the praise he was due for his management of the Budget.

Whether Gordhan returns or not, the incoming government will be bound by the 2014 Budget and his legacy of fiscal discipline will remain for the foreseeable future. DM