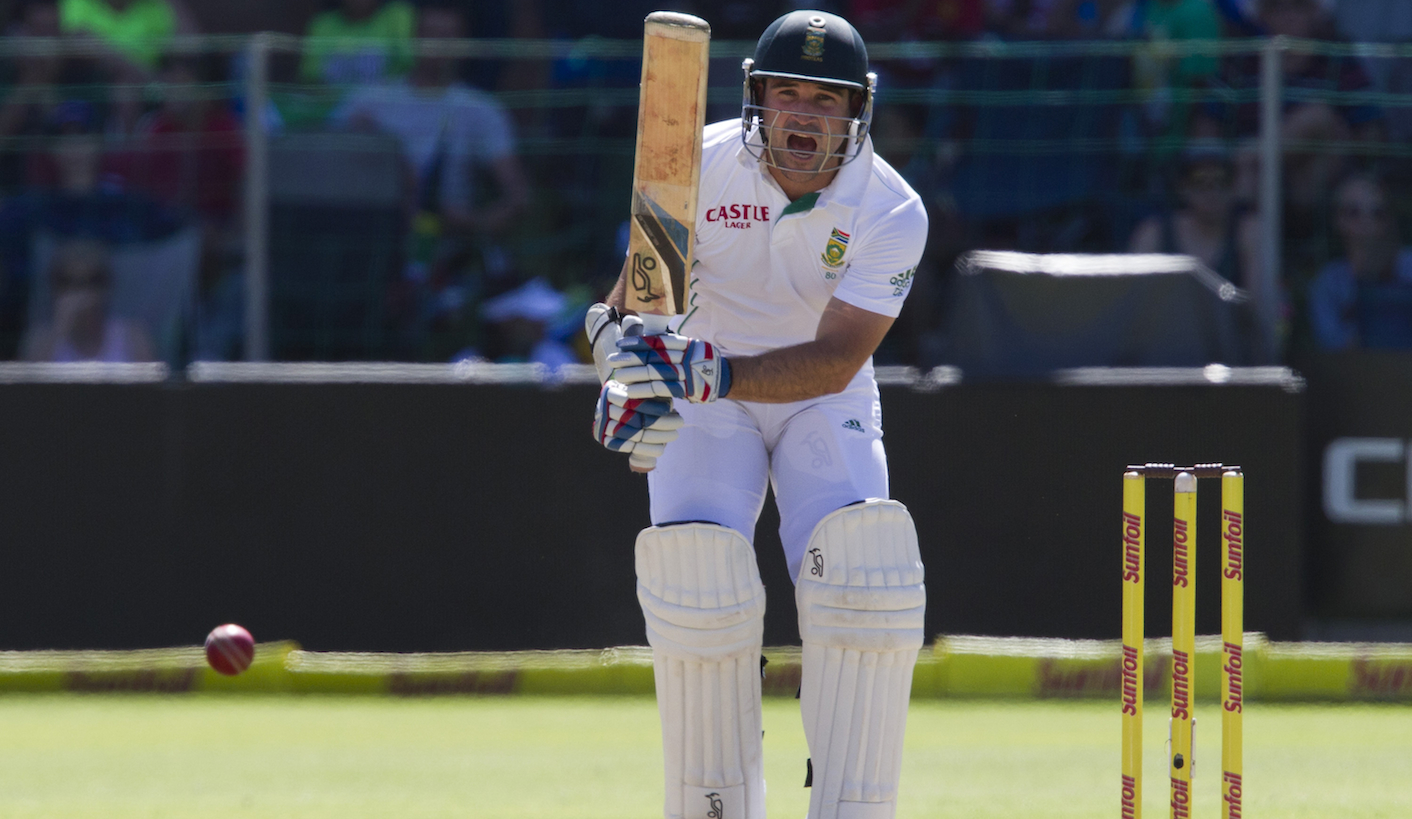 Who will and who won’t play will be the question on everyone’s mind as South Africa heads into the third and final Test against Australia. Coach Russell Domingo wasn’t giving anything away during his press conference on Wednesday, either, and it’s now a waiting game. ANTOINETTE MULLER looks at the options.

Those who might have hoped that South Africa would give anything away with regards to their team selection heading into the deciding Test against Australia at Newlands were mistaken. No matter how much journalists tried to angle questions to get South Africa’s coach Russell Domingo to drop any sort of hint, he was giving nothing away. Even when asked: You’re not going to give anything away, are you? Domingo simply smiled and said: No, I’m not.

The coach did say that he had eleven players in his mind, though, and these will be presented to the selection committee over the next few days for approval. South Africa made three changes for the second Test in Port Elizabeth and will now be forced into at least one other change, with Wayne Parnell being out injured. Quinton de Kock and Dean Elgar were the other two replacements for the second Test, but at least one of them is likely to drop out.

Robin Peterson was dropped in PE, while Elgar slotted into the side in place of an ill Alviro Petersen and the biggest selection conundrum hovers over Elgar. Petersen is fit and has recovered from illness, but his form at the top of the order has been questionable. Petersen has not scored a hundred for over a year and averages just 23.92 in his last nine Tests, with just two fifties in that time period.

Like most of South Africa’s batsmen, he looked particularly out of sorts in the first Test and although he managed some runs against India, lack of consistency has been worrying from the opener. He has not quite fallen from grace just yet and has come a long way since his Test debut. He scored a 100 at Eden Gardens and when he was asked whether he’d like to dedicate the landmark to anybody, he said with a straight face: “Yes, I’d like to dedicate this hundred to myself. I’ve put in a lot of hard work to get to this point, so I’d say I’ll dedicate this hundred to me.”

Petersen still puts in the hard work, but it hasn’t quite paid off in the same way lately. With the opener fit again, it leaves two options for the Proteas. Dean Elgar could remain at the top of the order with Petersen, perhaps somewhat unfairly, slotting in lower down or Elgar could drop down to six and Petersen could open and Elgar could drop down to his spot at six. In one of the very few hints Domingo did drop, he suggested that the latter might be a suitable solution. Elgar, although naturally an opener, has previously batted at six for South Africa and scored a hundred there. With both batsmen being openers, either one could be handy at number six to come in when the second new ball is taken, but Elgar is most likely the player who will drop down.

Should Petersen return to the side, Quinton de Kock will most likely be the player to get the chop. Although he has remained with the group for the final Test, there are still doubts over whether he is mentally ready for Test cricket. His first innings effort ended with a reckless shot and although he looked much better in the second, South Africa might not be quite progressive enough to stick with the youngster, despite ignoring the usual conservative selection protocol for his call up in the first place.

De Kock was only fourth in line behind Temba Bavuma, Reeza Hendricks and Stiaan van Zyl, but it’s hard to argue with scoring three hundreds in limited overs at international cricket, and thus De Kock ended up leapfrogging his competitors.

The Cape Town wicket is likely to be similar to PE in that it will offer enough for both the batsmen and bowlers who are patient enough to make it work. But what of the spin option then? Domingo has previously said that he doesn’t really like going into a match without a frontline spin option, but on Wednesday praised the way Elgar and JP Duminy fulfilled their part-time roles. Peterson’s contribution with the ball has been innocuous at best and with South African conditions very rarely favouring the slower bowlers, it’s hard to see him returning to the team for the deciding Test, especially if Elgar plays.

Once the conundrum of the batting order has been solved, there is one more puzzle to make fit. Wayne Parnell is out injured and there are three possible replacements for him. Ryan McLaren played in the first Test, but didn’t offer the attack anything different so is the most unlikely candidate to slot in. Rory Kleinveldt is technically next in the pecking order but he has not played competitive cricket since the start of February which might sway the decision in Kyle Abbott’s favour.

Abbott played for the Dolphins against the Cobras over the weekend and took 12 for 125 in a match on a relatively flat deck in Paarl. He is also level on most wickets with Simon Harmer in the domestic four-day competition. Abbott has 22 wickets at an average of just 13.09 and had a memorable debut Test against Pakistan last year, bagging seven scalps at Centurion.

While there is a certain pecking order, the decision to opt for De Kock might hint that South Africa are moving towards a more progressive selection policy. If that is indeed the case, then it’s only good news for SA cricket. With Jacques Kallis now gone and retired from the Test team, it’s the ideal opportunity to start a new era and add new dimensions to the side. DM