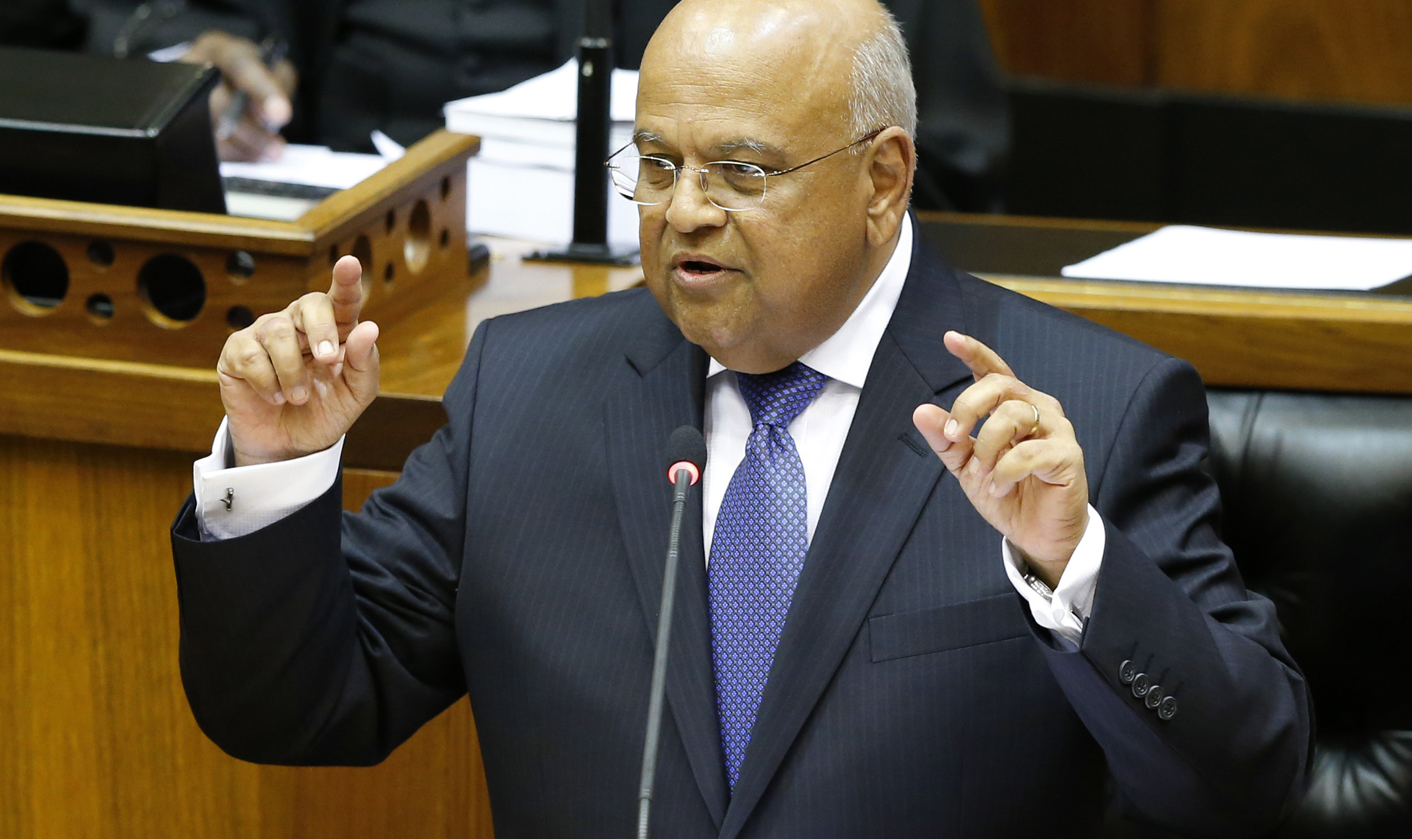 Finance Minister Pravin Gordhan released the final budget of President Jacob Zuma’s first term administration on Wednesday. Gordhan had to walk a fine line and opposition parties are asking whether he did enough to boost jobs and, more importantly, whether the proposals can be implemented. By GREG NICOLSON.

Democratic Alliance shadow finance minister Tim Harris commended Gordhan for not bowing to election pressure but criticised the budget for failing to tackle South Africa’s problems. Gordhan frequently cited the National Development Plan (NDP) as guiding the budget but little has been done on the implementation of issues such as holding teachers to account, getting infrastructure investment to 10%, reforming the public service, and boosting business growth through regulatory reform. “We needed really brave announcements and we didn’t get that from the minister today,” said Harris.

“Implementation has not happened because the ideological enemies of the NDP are many, at the highest level of governments and the president is not prepared to take them on. The main result is that we have failed to create sufficient jobs to begin to absorb the 1.4 million South Africans who have become unemployed in President Zuma’s term of office,” said Harris in a statement. He blamed Zuma for not having the political will to confront those challenges.

Harris welcomed Gordhan’s announcement that government costs would be contained but he sees little to hold the state to the budget promises. “Already today one rand out every ten we spend goes to debt repayment,” said Harris. The only solution is economic growth, he added, and the state must do more on tax relief. Gordhan announced R9.25 billion in personal income tax relief, to promote individual and business investment.

Professor Jannie Rossouw, Wits University’s head of the School of Economic and Business Sciences, told Daily Maverick the budget was “very good, the best to be expected under the circumstances.” Given the economic constraints since the global financial crisis he said it was commendable that the minister managed to contain the budget deficit to 4% of GDP. There were some worrying aspects. Rossouw said the budget uses a 6.2% inflation forecast which is above current forecasts of 6% which suggests interest rates may rise again, putting pressure on consumers borrowing and using credit. He also would have liked to see more on the “growing civil service remuneration bill, which has been increasing at an unsustainable rate.” Gordhan might not have wanted to talk about cutting those costs so as not to scare voters ahead of the elections, he said.

After the budget announcement, politicians filed out of Parliament to the awaiting media crews. The African Christian Democratic Party’s Steve Swart was out early, telling SABC that the budget was balanced and could be supported across political lines. His positives: more policy certainty and a reigning of the budget deficit, which will please credit agencies. The increase in fuel costs will hit consumers. “All in all a very balanced budget presented in very difficult circumstances,” he said.

The Inkatha Freedom Party (IFP) was skeptical. Narend Singh said the proposals on job creation and growth may not go far enough and despite Gordhan’s proposals, we still don’t know if they will be effectively implemented, which has been the challenge in the past. Mangosutu Buthelezi continued, “On the whole there was no earth shaking story that I expected.” Gordhan presented an honest budget, said the IFP leader, acknowledging South Africa’s problems, but the challenge comes when implementing solutions. “A couple of years ago the president promised that he would create half a million jobs but jobs were lost.” The IFP also commended the commitment to working with other African economies.

Pieter Mulder from the Freedom Front Plus said Gordhan’s promise of R8 billion for land reform was hardly enough considering Parliament passed a Bill on Tuesday opening up the land claims process again, expected to cost up to R179 billion. This means voters could be misled, he said. “My problem with the budget is it’s a very propaganda election thing,” he said. On the positive improvements, he asked, “But is there enough fiscal discipline in there?”

The ANC was of course happy with the budget as another notch in the party’s “good story” of governance. “It showed in numbers what we’ve been saying over the last years,” said Minister of Economic Development Ebrahim Patel, referring to infrastructure investment and growth. “This was a budget that fittingly brought to conclusion the work of this administration.”

ANC Secretary General Gwede Mantashe said, “I’m happy with the budget, the balanced way [it works]. It’s quite a tight budget but the minister has found a way through those difficulties.” He said the party appreciates the call to the private sector to help promote growth and was happy Gordhan warned construction companies against colluding. Public Enterprises Minister Malusi Gigaba said Gordhan’s commitment to increased infrastructure spending was positive and would boost jobs, help local suppliers, and promote black businesses.

While Gordhan delivered his speech inside Parliament, the National Union of Metalworkers South Africa (Numsa) led a demonstration arguing against funding for the Employment Tax Incentive and arguing for a wholesale change in the country’s economic trajectory. “We do not expect any new changes to the budget. Pravin will announce that will fundamentally alter the capitalist neoliberal spending patterns South Africa has been following since 1994. We expect, as usual, our people to be fooled and lured to sleep with false promises of millions of jobs from construction and other capitalist projects. We expect the youth to be lied to about jobs from the Youth Employment Tax Incentive law,” said Numsa’s second deputy president Basil Celle.

On Tuesday, civil society organisations rallied outside Parliament to deliver a “people’s budget”. “For the past 20 years we have been presented with a financial budget that does not speak to the needs of the people on the ground. That’s why you see a spike in service delivery protests,” commented the Treatment Action Campaign’s Anele Yawa.

Tuesday’s demonstration was joined by the Black Sash group and on Wednesday Social Development Minister Bathabile Dlamini met with the group to discuss concerns. She said the new biometric social grant payments would help alleviate concerns that people are losing money on their grants through illegal deductions.

On the slight increases to grant recipients, Bathabile said, “The increase in the value of social grants is a step in the right direction, especially in these hard economic times occasioned by high cost of food, petrol and other basic necessities, and we welcome this move by the minister of finance.” DM