Budget 2014: Expenditure ceiling, some tax relief and a cautionary tale 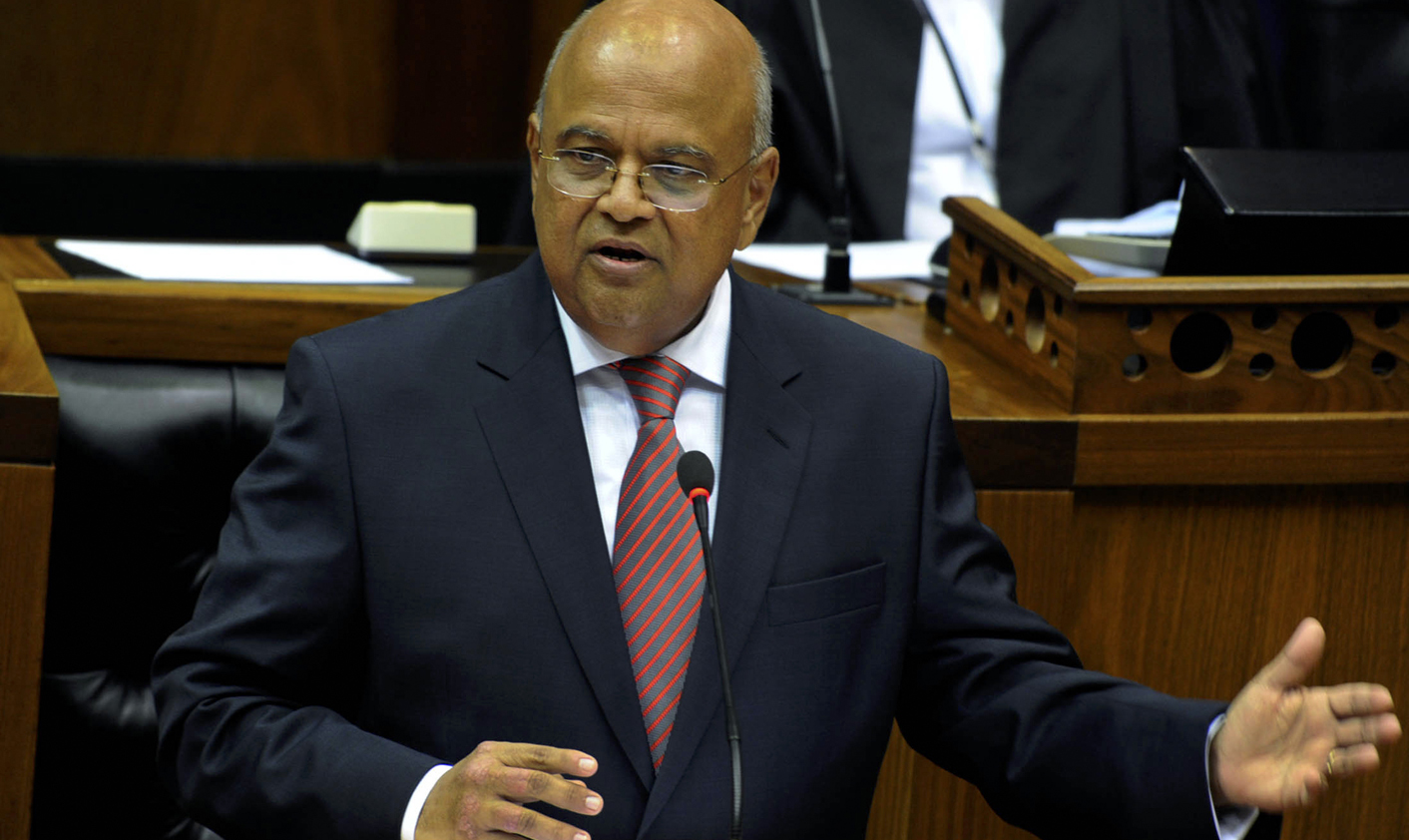 South Africans can look forward to personal income tax relief of R9.3 billion, while reform of the tax regime will ease the compliance burden for small businesses. Sin taxes go up, as usual, as does the fuel levy, while social grants have been bumped up (marginally less than aspirant president Julius Malema had promised his supporters). Finance Minister Pravin Gordhan has presented a no-shocks Budget for the coming year but, due to the low economic outlook, has imposed an expenditure ceiling, binding for the next three years. By RANJENI MUNUSAMY.

There were no big bang announcements in Minister Pravin Gordhan’s 2014 Budget, but there was a word of caution that South Africa needs to “live and spend modestly” due to the economic climate. Presenting the Budget for President Jacob Zuma’s outgoing administration, Gordhan said growth was expected to be 2.7% this year and the weaker exchange rate was a risk to the inflation outlook.

“Despite slower economic growth, the 2013/2014 budget deficit is projected to be 4% of GDP, lower than projected in October,” Gordhan said.

Speaking at a media briefing ahead of his speech in Parliament, Gordhan said the Budget would be binding on government for the next three years and would be taken up by the next administration after the May elections.

He said in the tough global economic climate and recession over the past five years had “really tested our fiscal policies”.

“I can’t say we have bounced back as many bigger markets have,” Gordhan said. But South Africa had registered “more than modest growth” and there had been a recovery of some of the jobs lost. While the narrative of some countries had been the imposition of austerity measures to counter the economic tremors, “that is not a direction this government will take,” Gordhan said.

But the firm grip on spending is testament to the tough economic climate. No additional funds have been added to the total expenditure announced in last year’s Budget. “Spending continues to grow in real terms, but much more slowly than in previous years. Inflation and a nominal spending ceiling will put real budgets under pressure over the medium term, requiring government departments to work more efficiently,” the Treasury states in its 2014 Budget Review.

To promote economic growth, Gordhan said R10.3 billion has been allocated for manufacturing development incentives over the next three years, in addition to tax relief offered through incentive programmes. Special economic zones in economically disadvantaged parts of the country have been allocated R3.6 billon to promote exports and generate jobs.

The Budget provides for personal income tax relief of R9.3 billion for individual taxpayers. The tax relief has been structured to benefit the most taxpayers who earn below R350,000 a year.

The tax proposals also propose an increase in the tax-free lump-sum amount paid out of retirement funds from R315,000 to R500,000, benefitting especially lower income members who did not benefit from deductible contributions.

Last July, Gordhan appointed a Tax Review Committee headed by Judge Dennis Davis to investigate aspects of the tax system and make recommendations for possible reforms. While the committee’s work is ongoing, Gordhan said in his speech that government had accepted two of its recommendations to ease the compliance burden of small businesses.

Gordhan said that despite moderate economic growth, tax revenues have remained “buoyant” over the past year. In 2013/2014, R899 billion will be collected while revenue next year is expected to rise to R1 trillion.

As was to be expected, there is an immediate increase in excise duties on alcoholic beverages and tobacco products. A 340ml can of beer will cost nine cents more while whisky goes up by R4.80 a bottle. Smokers will pay 68 cents more for a packet of cigarettes.

Motorists will continue to be squeezed at the pumps with a general fuel levy increase of 12 cents per litre on 2 April 2014. The road accident fund levy is also being hiked by eight cents a litre.

Gordhan said the number of people eligible to receive social assistance grants is due to reach 16.5 million by 2016/2017. From April the old age and disability grants will increase from R1,270 a month to R1,350. The foster care grant increases from R800 to R830, and the child support grant will increase from R300 to R310 a month in April and R320 a month in October.

R180 billion is being spent on public services such as the Cabinet, the wage bill and Home Affairs. Public order and safety receives R115.7 billion. The contingency reserve for this year is R3 billion.

Public infrastructure investment will amount to R847 billion over the next three years.

Gordhan also announced that the implementation of the carbon tax has been postponed by a year to 2016.

Gordhan said he would not delve into speculation about his future in the next government after media speculation that he might leave the Finance portfolio. “All of us serve at the pleasure of the president. Wait for the elections and the occasion when the president formally tells you what his Cabinet is going to look like. I invite you to be disciplined,” he told the media. DM