BlackBerry goes back to basics in quest to recover customers 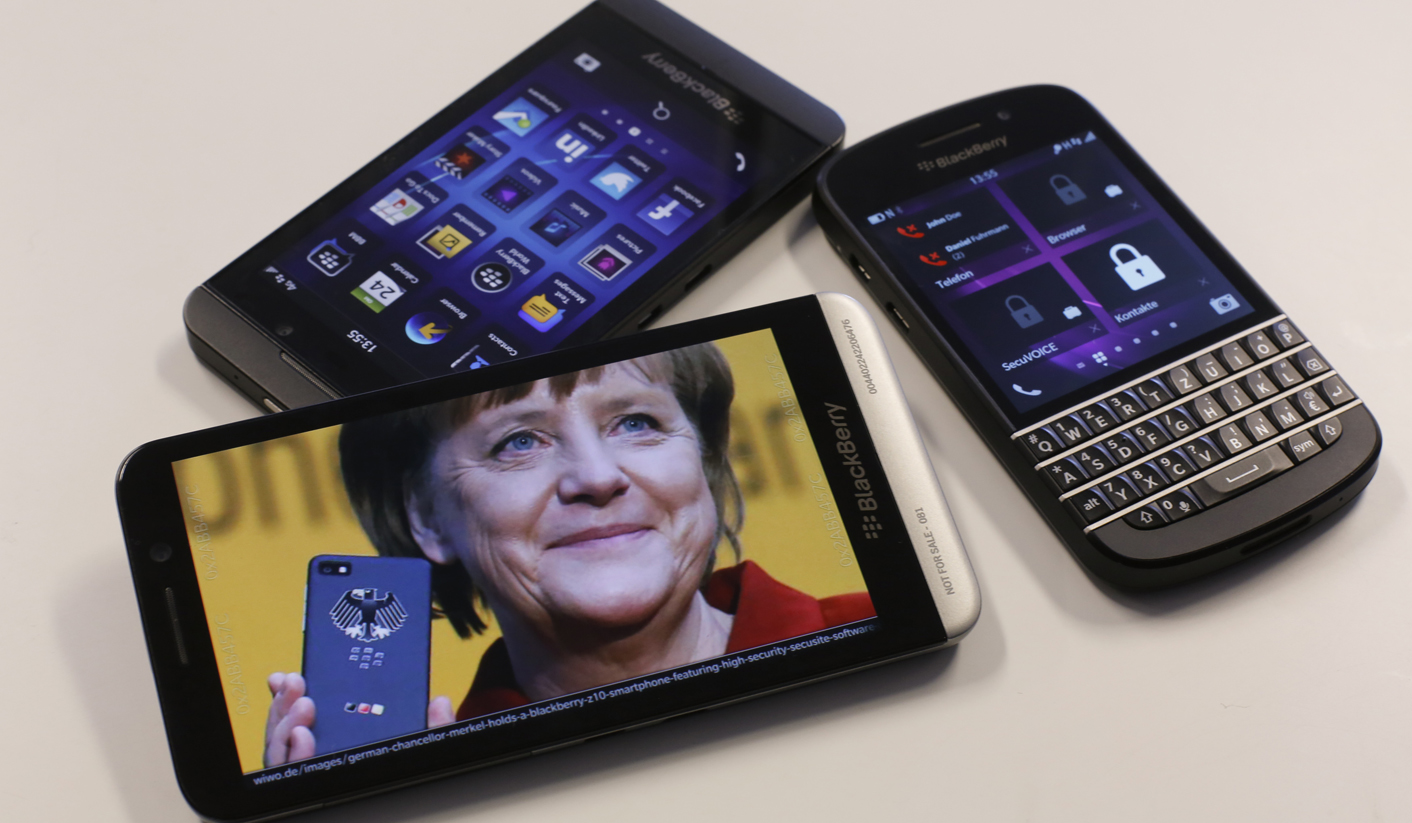 BlackBerry Ltd unveiled a new, cheaper touchscreen smartphone and a "classic" model with a keyboard on Tuesday, as it tries to stem losses and win back once-devoted security-conscious business and government users. By Paul Sandle and Euan Rocha.

The news, coupled with more details about the company’s strategy in its services business, helped send shares in BlackBerry surging more than 9 percent.

The lower-end Z3 smartphone, priced at under $200, is being built under a partnership deal with FIH Mobile, the Hong Kong-listed unit of Taiwanese electronics company Foxconn Technology Co Ltd.

Code named Jakarta, the device will go on sale in April in Indonesia, where BlackBerry’s BBM messaging service is proving very popular, said John Chen, who took over as the group’s chief executive late last year.

“It’s a 3G phone, and we have a plan to expand the phone to different parts of southeast Asia after Indonesia,” he said at the annual Mobile World Congress trade fair in Barcelona. “We have a plan to go global with an LTE (high speed 4G) version of it some time in the future.”

BlackBerry, once a must-have device for every business executive and government official because of its pioneering secure email service, has haemorrhaged market share to Apple Inc’s iPhone and rival devices running on Google Inc’s Android software.

Opening its admired BBM messaging service to other operating systems – with Microsoft Corp’s Windows Phone being the latest addition – has further hit BlackBerry sales, particularly in emerging markets. Research group IDC put BlackBerry’s share of the smartphone market in the fourth quarter of 2013 at just 0.6 percent, down 77 percent from a year ago.

Chen appeared on stage with Foxconn Chairman Terry Gou, reflecting a burgeoning relationship that is set to deepen as the Taiwanese company manufactures the new, high-end “classic” BlackBerry.

The Q20, available before the end of the year, will have a traditional BlackBerry layout, aimed squarely at the company’s original core business and government customers, Chen said.

The reintroduction of Blackberry’s traditional keyboard was at the top of customers’ wish list, he said.

The line of keys that included the ‘Menu,’ ‘Back,’ ‘Send’ and ‘End’ buttons, along with a trackpad, had been dropped on its high-end Q10 keyboard device that was launched last year.

The lack of the familiar keys, coupled with the device’s all new BlackBerry 10 operating system, had left many long time fans disenchanted with the Q10 device.

Chen’s strategy is to focus more on its profitable services segment that helps its large government and corporate clients manage and secure mobile devices on their internal networks.

Admitting the company had spread itself “a little too thin,” he said it would focus on the 30 percent of the enterprise market where the strength of BlackBerry’s operating system in terms of security played best – regulated industries like banking and telecommunications, and government.

“We don’t want to lose the rest of the market … but for the next 18 months I think you see us very much intent on going back and winning the regulated industries,” he said.

He also unveiled changes to the company’s mobile device management tool for companies and government in Barcelona, taking prices lower with the aim of winning back some of the market share lost to competitors.

Although the announcements helped boost BlackBerry shares about 10 percent to $10.78 on Nasdaq at mid-afternoon, some analysts remain skeptical about whether the company can turn around in its fortunes.

“In our view, BlackBerry has yet to prove that it can stabilize its subscriber base and cost structure, before establishing a baseline profit level and new path to growth,” GMP Securities analyst Deepak Kaushal said in a research note.

Despite shifting the focus away from its money losing handset business, Chen has indicated that the segment remains a core asset for the company.

The price of BlackBerry’s devices, while competitive, reflect the company’s security credentials, he said.

“We need to build very solid phones that are more skewed toward the high-end,” he said. “We are not going to play ‘let’s build a $75 phone.’ That’s not our sweet spot.”

BlackBerry signed a 5-year deal last year with contract Foxconn, in which it would no longer pay upfront for parts used in its devices. Instead, Foxconn, the trading name of Hon Hai Precision Industry, will take a share of profits on each device in return for taking on inventory management.

The partnership also gives Foxconn a step up in the value chain – a chance to not just assemble smartphones, but help to develop and design them as well. DM