Sally Gross: The fight for gender equality loses a giant 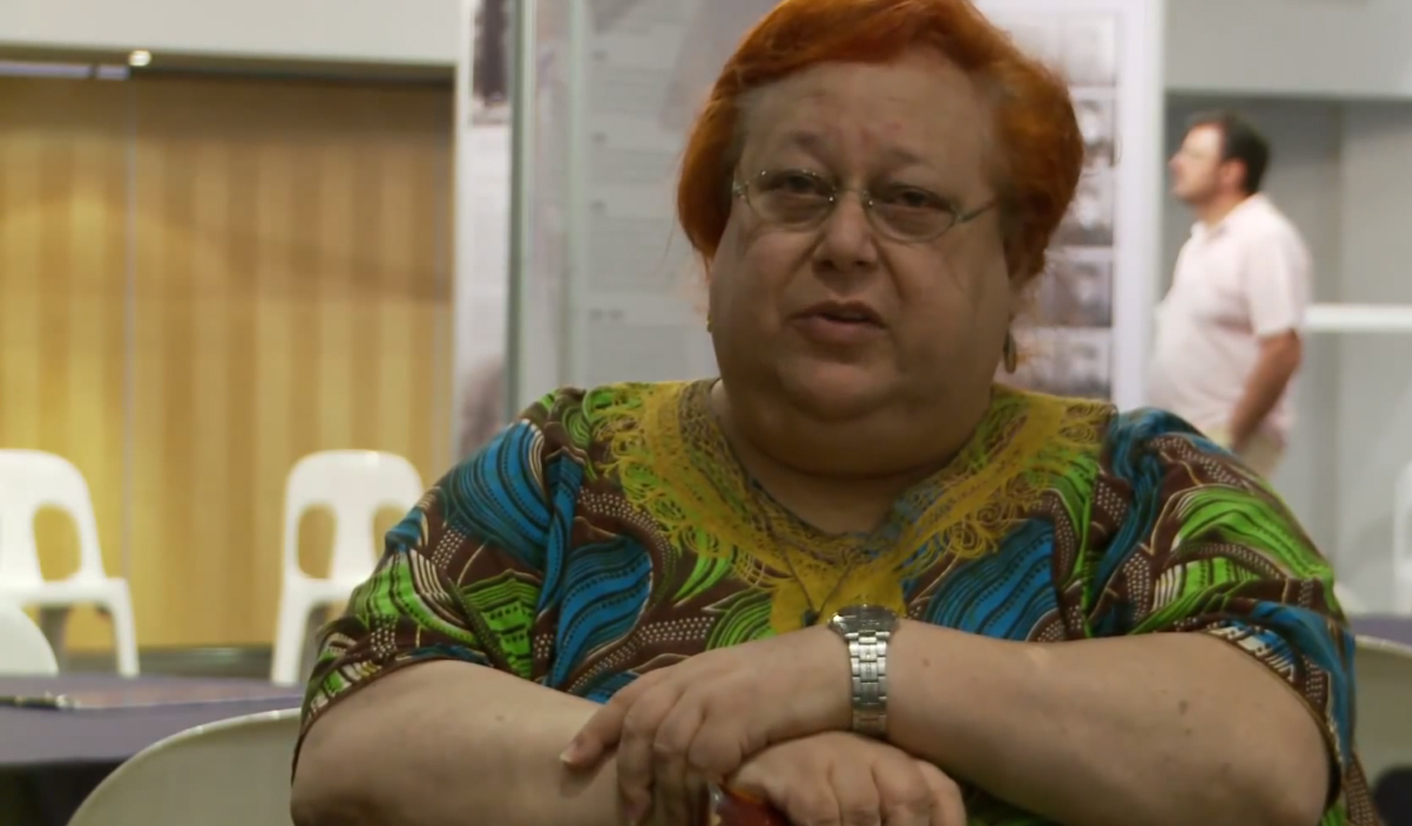 The death of Sally Gross, the intersex activist, also a formerly exiled anti-Apartheid activist, a Palestinian activist, writer, philosopher and teacher, on 14 February 2014 revives the achievements of a truly transformative struggle. By MAUREEN ISAACSON.

Sally Gross urged intersex people to speak out because it was “much, much better to be in a position to present oneself as oneself”. She had explained that “hermaphrodite” was probably a more familiar term than “intersexed”: “With its Greek mythological connotations; however, it makes those like me sound like mythological creatures. We are real people: “intersex” describes us more adequately.”

Born Jewish, with ambivalent genitalia on 22 August 1953, she was reared as Selwyn Gross and it was to take forty years before she was to resolve her gender identity, to change her name to Sally, to don a frock and bear the consequences. The journey to this point had begun with a failed circumcision, later “tidied up” and an early sense that her gender was “awry”, made no clearer by the fact that she was asexual. She was spared the medical genital surgery that was to become standard practice a few years after her birth. She was grateful for this, always sure of her parents’ love, and attributed her acceptance of her body to their acceptance. They were, however, clearly unable to protect her from the ostracism, rejection and subsequent alienation that is an indictment on the social and moral order of our time.

Sally died alone, in her flat in Cape Town, having been forced to appeal to friends for funds to pay rent and medical bills as her health deteriorated; she was virtually immobile. Her own resources were depleted by contributions to Intersex South Africa (ISSA), the organisation she directed having founded it in 2010 after taking early retirement from her work as Research and Policy Advisor for the Commission on Restitution of Land Rights: Western Cape.

In her writings, and in interviews, on which this tribute is based, she has told of the many doors that were closed on her remarkable journey, which led to the amendments she drafted bearing on intersex for the Alteration of Sex Descriptions Bill and the Promotion of Equality Act, being lobbied into law. She brought the seriousness of intersex as a human rights issue to the awareness of the SA Human Rights Commission. She fought against imposed genital surgery and brought awareness to the issue of the superstition as well as ignorance and intolerance that led to the murder of intersexed infants in the Northern Cape and elsewhere and engendered awareness of the prevalence of intersex births in South Africa. She understood the impact of her own wounding: “Several lifetimes worth of experience are packed into 56 years, and perhaps my health problems reflect this. My body is like a car, which bears the marks of heavy and productive use,” she wrote in 2009.

The generation she has left behind will benefit from her labours and she told them, in a recent recorded message, to “hang on in there, be proud of what you are, don’t be afraid of what you are, our world is changing. It gets better.”

There was a time when things looked like they could not get worse for Sally Gross. An orthodox Jewish education and a year of intensive rabbinical training behind her, she opted to become a Christian, in 1974 at Oxford University, without surrendering Jewish identity. At the end of 1981, she joined the Oxford Priory of the English Province of the Order of Preachers (Dominicans). She was ordained a deacon in around 1985 and a priest in 1987, earning an MA in philosophy and theology through Blackfriars, Oxford. In 1991 she moved to the Dominican Priory in Cambridge, becoming a sub-prior in 1992. She remained unresolved about her identity, sought to resolve what she considered unfinished emotional business, but what transpired blew her world apart. She had laid great store in the image of the cross as an icon of all manner of confusion and suffering, as she told the Natal Witness in 2000. “The Holocaust was there, the horror of Apartheid was there, and my own personal confusion and pain – which I could never publicly admit – was there as well. And in the resurrection was a symbol that this was transcended. And at the back of my mind, there would have been an awareness that in Christianity there are strands of tradition in which celibacy is valued and turned to positive use.”

When she was classified as intersex after extensive medical testing found that her testosterone levels were in the middle of the normal female range and less than an eighth of the bottom of the male range, she was cast out. Options on offer by the Prior Provincial included being sent off to the West Indies bound by vows of silence about her situation or being committed to an institution and sectioned. In the end she was left to deal with the severity of the intolerance she likened to being “socially dead”, a concept developed by Orlando Patterson in his analysis in Slavery and Social Death (1982) and taken up by Daniel Goldhagen in Hitler’s Willing Executioners (1996) in reference to the notion Jews were unfit to inhabit the Aryan moral and social order.

She lamented that she was “not able to satisfy the divine criterion for humanness, which requires that one objectively be either determinately male or determinately female.” She wrote: “It follows that, like dogs, cats and tins of tuna, I am not the kind of thing which could have been baptised validly. I presume that this is not the official view of the Church into which I was baptised as a young adult almost twenty years before either the Church or I realised that my anatomy was way beyond the tolerances of ‘industry-standard’. She won the battle against financial stress and depression which took her to the brink of suicide; became a communist and a Buddhist and later a secularist. She served as a member of the ANC delegation under Thabo Mbeki that met the South African government in 1987 in Dakar, Senegal; she nonetheless faced a 15-month wrangle with South African authorities for a passport.

She was unable to return home until the matter of her identity was resolved. It was suggested informally that if she submitted to genital “disambiguation” surgery the matter would be resolved. “I considered this an immoral suggestion – to undergo dangerous and unnecessary surgery as a condition for having a legal identity. I made it clear I would take legal action if this was put to me formally.”

The Bill of Rights, in the hands of a brilliant human rights lawyer she consulted, resolved this issue. In 2013 she understood that civil society activity alone was not sufficient; that government needed to act as a catalyst. She suggested that a modest Directorate within the department for Women, Persons with Disabilities and Children, and with a mandate to engage with other Departments regarding the rights and needs of the intersexed, could achieve a great deal at minimal cost. Sally Gross would have committed to such a programme.

She leaves us with her insights, and the remarkable achievement of having come through, “just insisting on being myself and insisting people encounter me as a human being – it has taken work, it has taken patience.”

She was describing her battle for tolerance and acceptance of the intrinsic dignity of intersex people and their right not to be pathologised. At a conference on Intersex, Theology and the Bible in March 2013 under the auspices of the Manchester University’s Religion and Civil Society Network, she presented a paper via Skype, “Not in God’s Image: Intersex, Social Death and Infanticide”. Although she was no longer a believer in God, she had come to understand that “underneath the apparent turmoil, all is perfect, as is and as has always been. Beneath the waves, there is a vast ocean of stillness and peace. What is needed is to stop clinging to misleading categories and to false dualisms, accepting people and things as they are.” DM