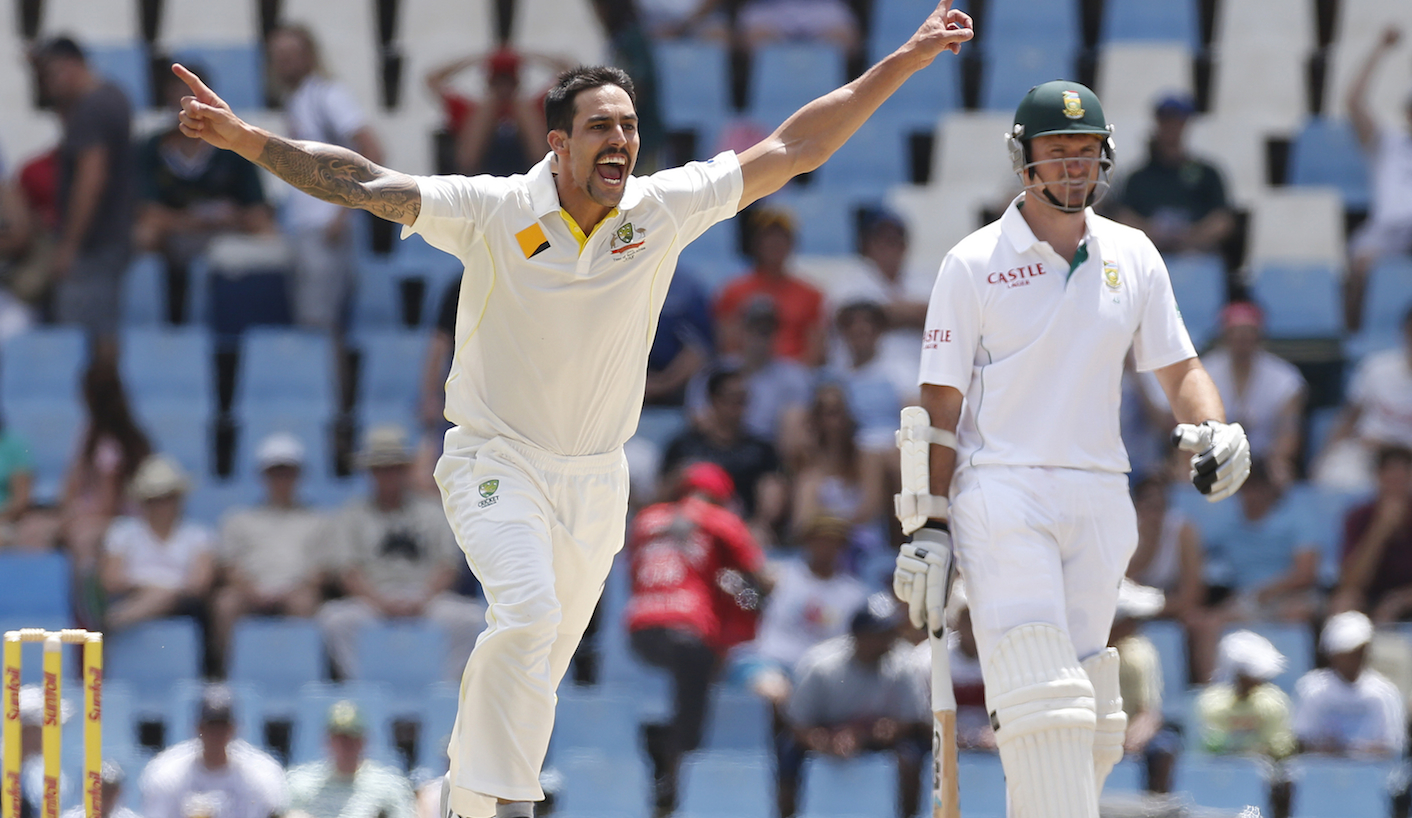 After being obliterated by Australia in the first Test at Centurion, South Africa will have to respond convincingly at Centurion. Much has been said about the pitch and the conditions, but Morne Morkel hopes the side can shift focus away from outside factors. By ANTOINETTE MULLER.

You’d have been forgiven for mistaking Port Elizabeth for Durban on both Monday and Tuesday, with humidity to match the usual sub-continental conditions. The pitch can be low and slow and offers a little bit of turn for the slow bowlers, but that does not mean the quicks haven’t thrived here.

Allan Donald leads the wicket-taking list at the ground with 40 sticks in the seven matches he played here, while Shaun Pollock is second with 37 wickets in nine games. In fact, the top five of the wicket takers at the ground are quicks, and Dale Steyn has taken 16 wickets in his three Tests at the ground.

With South Africa 1-0 down against Australia in their three-match Test series, the second match, which begins on Thursday, is a must-win encounter. They can still draw the series if the Test is drawn and they manage to win in Cape Town, but with expectations of this being one of the best teams of their generation, the Proteas are expected to respond to the hammering they copped at Centurion.

Mitchell Johnson has been the key for Australia’s bowling department and he brutalised South Africa in the first Test with his 12 for 127, ripping apart South Africa’s top order batsmen, save for AB de Villiers. Finding a new focus point is key for the side and the rejuvenation began on Tuesday with a strategy session in the morning followed by an intense training session in the afternoon.

The pitch out in the middle was still covered in grass on Tuesday, similar to how the Centurion pitch looked a few days prior to the start of the Test, but Morne Morkel believes that focusing too much on conditions isn’t the right approach.

“It’s about taking the focus away from things like the pitch. The conditions in PE feel like a subcontinent, and we have to adjust to that as quickly as possible,” Morkel said.

“You need to deal with conditions on the day and for me and as soon as I get caught up in conditions and the smaller things, I tend to move away from my game plan.  I don’t want to play the game two days before it actually begins. I like to go into a game with a clear mind,” he added.

Ryan McLaren has been ruled out of the second Test due to a concussion sustained from a Johnson bouncer, and the Proteas now face a tricky selection dilemma, the same one convenor of selectors Andrew Hudson spoke about earlier in the week.

Having spent nearly two decades with the luxury of an extra seamer in Jacques Kallis, how exactly should the squad be balanced? As things stand, Wayne Parnell is the favourite to come in as a replacement. He has been bowling quick in the nets and with Port Elizabeth as his homeground, he knows the conditions really well. However, with the batting cataclysm South Africa suffered, they might be tempted to bring in Dean Elgar as a batsman and back the bowlers to do their job. Elgar had a horror debut in Perth, making a double duck. Morkel, though, described him as a “Staffie” and believes that, should South Africa opt for the extra batsman, Elgar will slot in just fine.

Aside from their selection conundrum, the side will need to find a way to counter Johnson and despite the pace assault the group has shifted their focus, even though some of the top order struggled to adjust. Hashim Amla, who was also peppered by a bouncer, described it as “one of the best bouncers of first balls he’s ever received in his life.”

Johnson has become the focal point of the tour and has made himself the enforcer in the team. Despite all of that, De Villiers showed that it is possible to front up to Johnson, though, and Morkel says it’s all part of the game and new challenge.

“He’s been bowling really well, and coming from The Ashes, where he has had so much success, is all part of sport. For us it’s a great challenge to play against players like that. There’s no fear, it’s for us to come up with game plans and stick to them. It’s about fronting up and I know our top six are seeing it as a nice challenge,” said Morkel.

South Africa will remain number one despite the result of the series. However, in recent times, they have responded time and time again when their backs are against the wall and Morkel hopes that now that the team more or less knows what they are up against, they can respond to the pressure.

Photo: Australia’s Mitchell Johnson who has become a focal point of the tour celebrates as he takes the wicket of South Africa’s Alviro Petersen during the fourth day of their first cricket test match in Pretoria (REUTERS/Mike Hutchings)