CAR: Calls for a UN intervention get louder 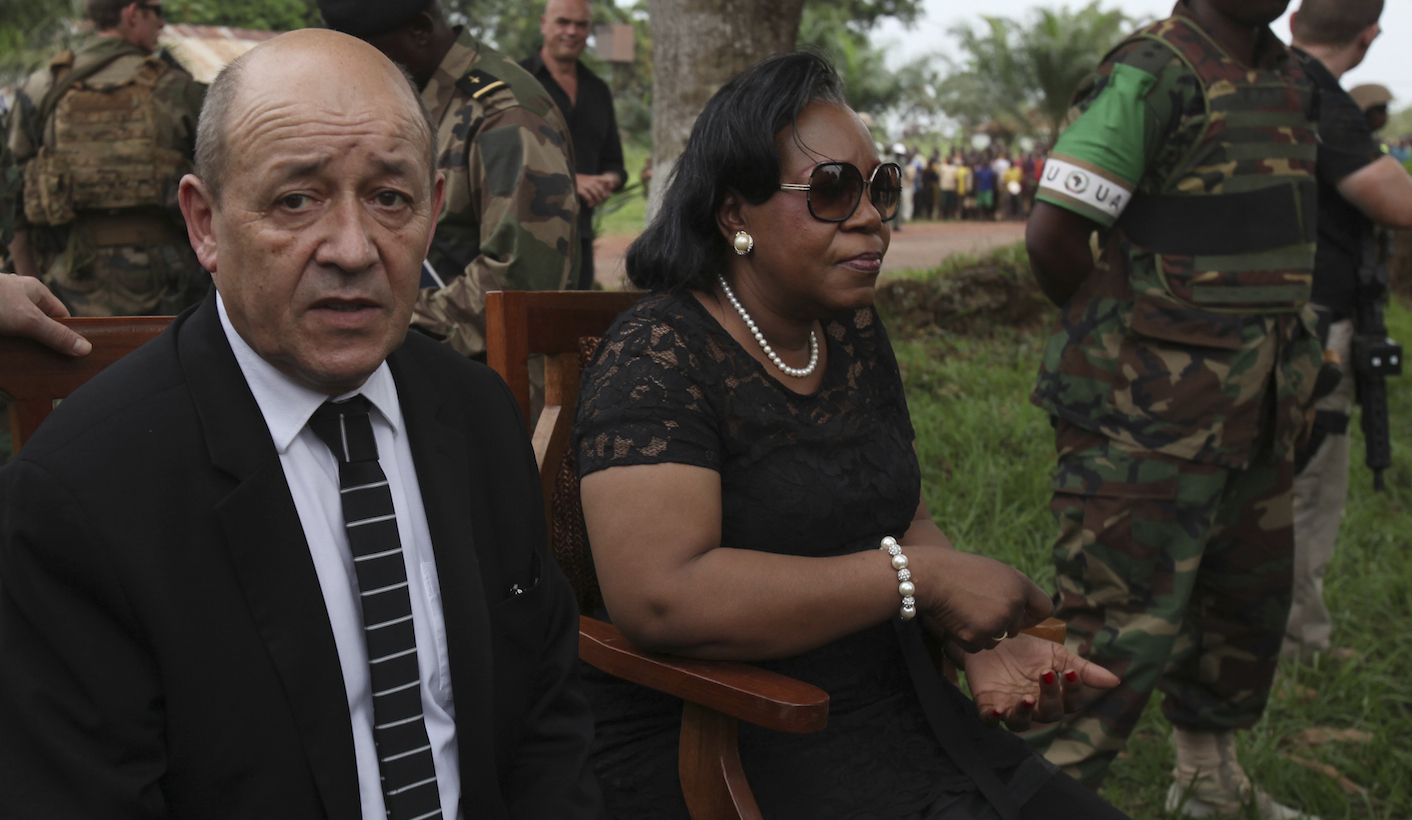 The noises coming out of the Central African Republic are becoming louder and increasingly frantic. From the chaos, the message is clear: the country’s Muslim population is no longer safe. Unless somebody does something, a devastating exodus – or worse, a genocide – appears unavoidable. Is it time the United Nations intervened in force? By SIMON ALLISON.

Emerging from the Central African Republic is a growing consensus that the situation there is no longer under anyone’s control, and that the existing forces operating in the country are powerless to prevent it getting even worse – not the paltry, compromised Central African force, not the contingent of French troops (even with the extra 400 on their way from Paris), and certainly not the interim government.

Although the rebel Seleka coalition has now been booted out of power, and has retreated back to its northern strongholds tail firmly between legs, its defeat has sparked a backlash against Muslims, who are perceived to have supported Seleka. Leading the backlash is a chaotic, loosely-organised movement known as the anti-balaka. Initially, the anti-balaka sprung up as civil defence groups for the protection of towns and villages from Seleka brutality. Since Seleka’s defeat, elements within it have morphed into vigilantes intent on exacting revenge on all Muslims, regardless of their actual support (or lack thereof) for Seleka.

Although it is hard to get comprehensive information on what’s going on, the few reports that have emerged are chilling. For a sample, read BBC Africa Correspondent Andrew Harding’s “Obituary for a village mayor”. Harding tells the story of a venerable old man, known for preaching harmony and tolerance, who was hacked to death in the middle of the night and finished off with a shotgun. His crime? He was Muslim.

As a result of the targeted violence – described as ethnic cleansing by some, and genocide by others –  there has been an exodus of Muslims desperate to protect themselves and, where possible, their livelihoods. Already tens of thousands – perhaps hundreds of thousands – have fled to Cameroon, Chad, Niger or Senegal. Already, this has had a devastating effect on CAR’s already-devastated economy, as many of the country’s traders are Muslims. There are now severe shortages of food and goods in most towns, exacerbating the humanitarian crisis which had already affected nearly all the country’s citizens.

As the situation has worsened, so the calls for international intervention have got louder. “International efforts to protect civilians the Central African Republic have failed to stop slaughter and a humanitarian catastrophe is unfolding while international leaders remain disengaged to urgently mobilise a massive humanitarian response,” said Doctors Without Borders (MSF) in a statement. MSF has been active in the CAR throughout the crisis. “MSF today calls on the UN Security Council and African states to act now to halt violence and scale up humanitarian relief as the levels of violence MSF teams witness on the ground has reached unprecedented levels.”

Chad’s President Idriss Deby echoed this sentiment. His perspective is important, as Chadian troops comprise the bulk of the MISCA force, and have been implicated in facilitating Seleka’s victory over the government last year. “We need more men, more assets. Only the UN can provide this. We need to move to a UN force,” he said. Deby also warned that CAR’s interim government can’t afford to alienate Seleka entirely, or it will risk the partition of the country.

Republic of Congo President, Denis Sassou Nguesso, who is the AU’s appointed mediator in CAR, told French paper Le Figaro that lots more soldiers are needed to cover such a large country. “To achieve a nationwide footprint we need an international contingent of at least 10,000.”

So far, however, only France is showing any sign of increasing its commitment to CAR. It is adding 400 more soldiers to the 1600 already there, and has conceded that it will remain in the country for longer than anticipated. “I think it will be longer than expected because the level of hatred and violence is more important than we had imagined,” said French defence minister Jean-Yves Le Drian. “A military operation is not decreed as clockwork, we have to adapt.”

Meanwhile, CAR’s interim government, led by President Catherine Samba-Panza, knows that it has no capacity to deal with the problems itself. At a recent meeting with French parliamentarians, Samba-Panza begged the French to keep soldiers in the country until elections scheduled in 2015.

At a UN Security Council meeting this week, the CAR will be making the same argument – and urging the UN to commit even more troops. At this point, an international intervention may be the country’s only hope of preventing a genocide. DM