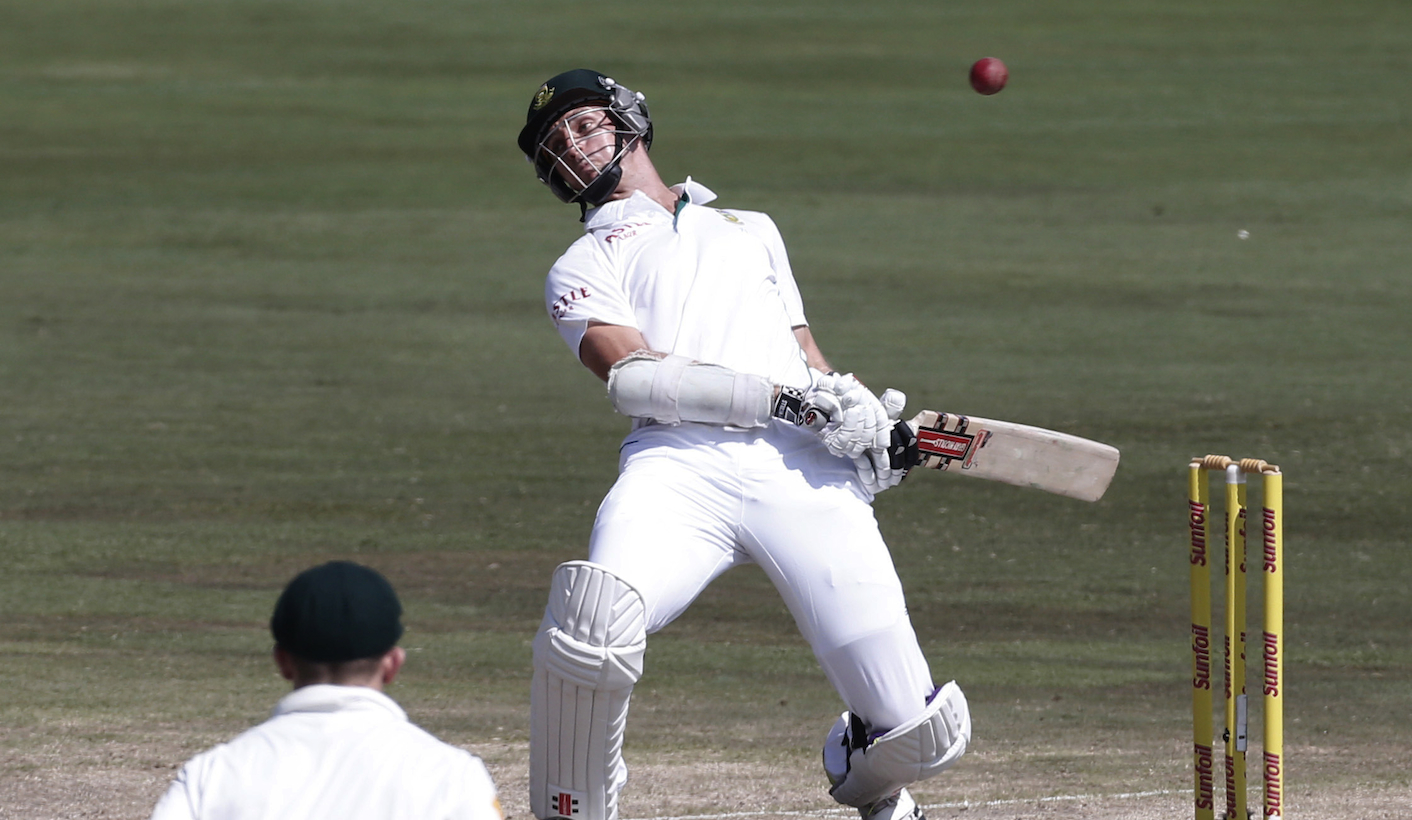 With Ryan McLaren ruled out of South Africa’s second Test against Australia due to a concussion, ANTOINETTE MULLER looks at a company making helmets which challenge the conventional design, but all for the good of players’ safety.

It doesn’t happen often, but every once in a while, batsmen get struck on the head when facing up to a fierce bouncer. It’s never good to see and, as in the case of Ryan McLaren, it can rule a player out of a match. McLaren was pinned on the side of the head during the first Test against Australia and Mitchell Johnson’s bouncer had him bleeding from behind his ear.

The South African bravely got up and carried on, but started showing signs of concussion the following day and was eventually hospitalised for a check-up – and has subsequently been ruled out of South Africa’s second Test starting on Thursday.

Helmets have evolved a lot since they were first introduced in the seventies. They have, literally, saved lives. Yet, injuries still occur despite many evolutions in the designs and they happen far more often than you think.

McLaren isn’t the first player to be pinned and badly injured by a nasty bouncer. In the last few years a number of players, from Kieron Pollard to Kevin Pietersen, have been hit in one way or another. Injuries range from a little bit of blood to bruised or broken jaws and fractured eye sockets, across different levels of professionalism.

That kind of fast bowling is all part of the sport, though, and players like Morne Morkel believe it adds a little bit of spice to the game.

“I think spectators like that kind of bodyline bowling. It’s also part of why we love the game. You have to prepare for it and you have to be aware of it, but injuries are never nice to see,” Morkel said.

One particular injury, namely Daniel Flynn having his front teeth knocked out, inspired a company to try to come up with something completely different.

While most people have become accustomed to the traditional design of helmets – a cap-like lid with a front on grille – Ayrtek have thrown all of that tradition out the window with their helmet style.

Kumar Sangakkara, James Taylor and Michael Carberry have all been seen wearing them. The helmet has challenged the traditionalists’ perception of  helmets. It looks futuristic and somewhat out of place for those who have become used to the old-school look, but the manufactures of the Ayrtek helmet believe they have one of the safest products on the market.

“We spoke to the Sports Technology Lab at Loughborough University before designing our helmet back. They were studying cricket helmet impacts at the time and identified areas of weakness that were leading to injuries still occurring even when wearing a helmet. The major area was peak weakness that led to the ball being able to pass through the gap between the peak and grille area,” explains Tom Milsom, the founder of the company.

The injury to Flynn came as a result of the helmet deforming sideways which caused the grille to be forced upon his face. The Ayrtek design incorporated the central rib at the front to add rigidity to the peak and avoid flexion while providing a solid structure. The flared arches at the side are present to avoid the sideways deformation if the helmet is struck at the frontal area. The shape also helps with deflecting impact instead of absorbing it and to make sure the helmet fit snugly, sponges inside the lid can be inflated and deflated. This all helps with preventing things like concussion – and safety in cricket, just like any other sport, is crucial.

Innovative design is something manufacturers and cricket boards are constantly thinking about and tweaking in order to ensure that players’ safety remains the utmost priority.

The study focused on  35 different injuries and the key points looked at the following:

The study found the following breakdown of injuries:

–       Four injuries occurred without the ball touching any part of the helmet.

There are still challenges, though, and as Dr. Ranson’s study found, one of the biggest problems, with all helmet shapes, is the ball penetrating the peak/grille area at speeds the ball is fired at during the testing.

Injuries in sport will always happen. Whether that’s a twisted ankle during fielding or a bowler running up or an awkward catch which damages somebody’s fingers. Some serious injuries are entirely preventable, though, and the importance of good gear should not be forgotten. DM