Volunteer Man: A witty, harrowing look at death and dyi...

Volunteer Man: A witty, harrowing look at death and dying 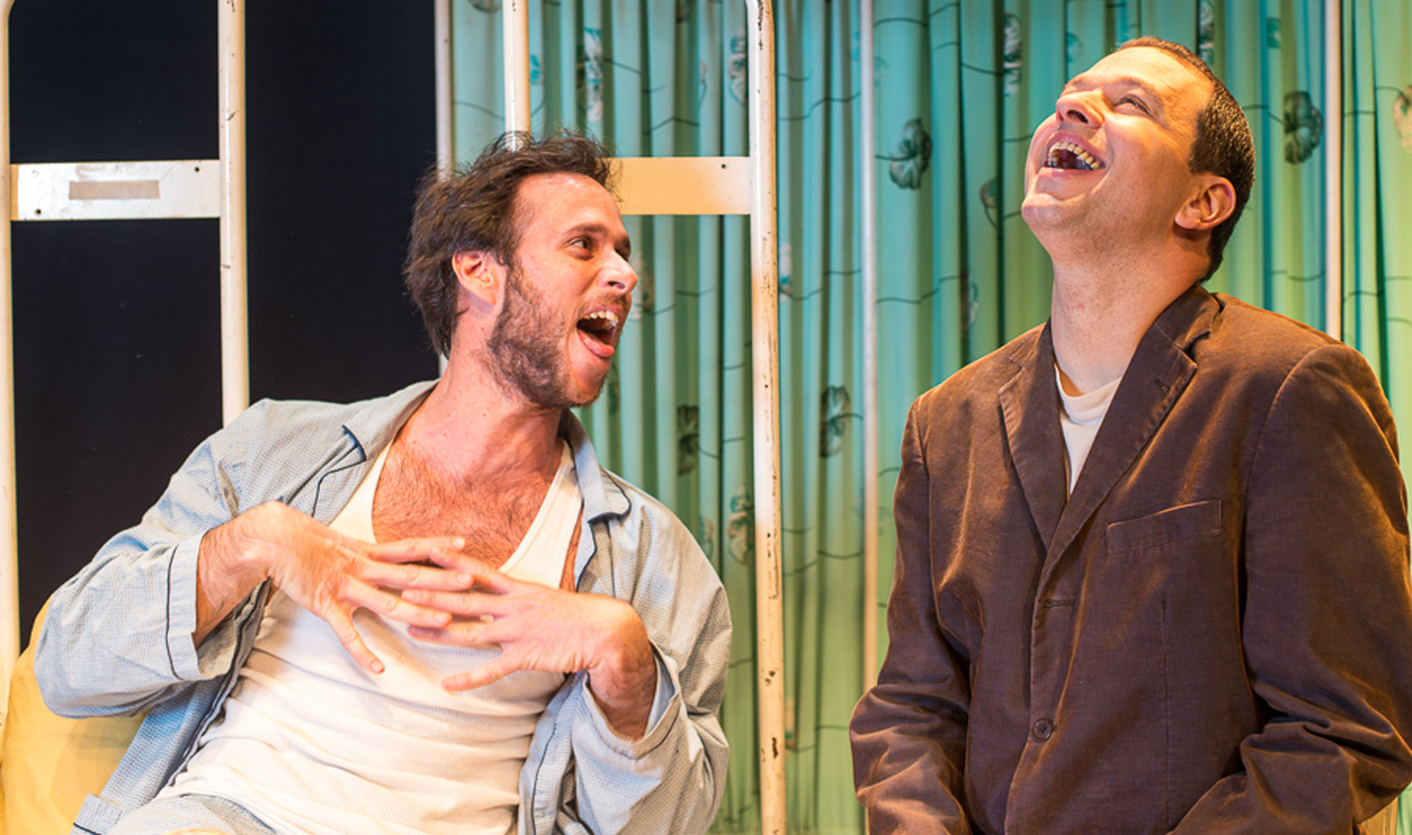 Maybe when you know that time is running out, everything you do needs to be done much quicker. Perhaps that’s partly why the exchanges between a dying man and his visitor in Volunteer Man are delivered at such a death-defying pace. By LESLEY STONES.

The same can be said of their verbal sparring, with uncomfortable questions delivered in flares of anger and answers flung back in brief, embarrassed timidity.

Volunteer Man is a play featuring the encounters between Melvin (Michael Gamliel), a tough young man dying of Aids and Adam (Roy Horovitz), the volunteer visiting him in hospital. The script is funny, stirring, challenging and sad, yet many of their barbed lines and increasingly bold retorts were lost through their over-rapid delivery. Argument and attack is naturally heated, but when the content and nuances of the script are diminished, a slightly less garbled pace would improve the production immeasurably.

That said, Horovitz and Gamliel are both superb in this script by Dan Clancy, who also wrote the excellent play The Timekeepers, which Horovitz brought to South Africa in 2010.

Volunteer Man raises provocative questions that lead ultimately to the end game – would you help somebody to commit suicide?

Help him die, he demands of his frightened volunteer.

Horovitz is excellent as ever, this time as a fey, timid gay man visiting an Aids victim in a show of thanks that he himself has somehow been spared. But he wasn’t expecting such a feisty patient, and he is thrown by Melvin’s abrasive insults and rattled by his observations.

Stoically he sticks it out, returning for more abuse until he begins to toughen up, finding his own backbone at the hands of another. Adam refuses to help Melvin die, so the arguments and reasonings rage, again in that over-ferocious pace that has you sitting forward to pay attention and cursing when you miss some of the whys and wherefores.

Around them struts a nun (Carol Brown), the very opposite of Christian sympathy, with a face that judges and condemns even if her voice is silent.

She’s like a clock that ticks away the time, bringing drinks then bedpans, marking the days until soon there will be no more and this sinner is eradicated from her reluctant care.

At the end the actors return to the stage for a brief question and answer session when the audience can express views about euthanasia, homosexuality, drugs or any other issues that prickle them. Horowitz says that has become a tradition to enhance the impact of the subject matter. “I hope it’s not the end of the discussion. I hope people walk out and keep discussing euthanasia,” he says.

It’s not obligatory, of course. You can go and watch Volunteer Man just to enjoy a smart, controversial and enormously well written play. But when you know it’s based on a genuine experience of the author, it does add an extra dose of disturbing reality.