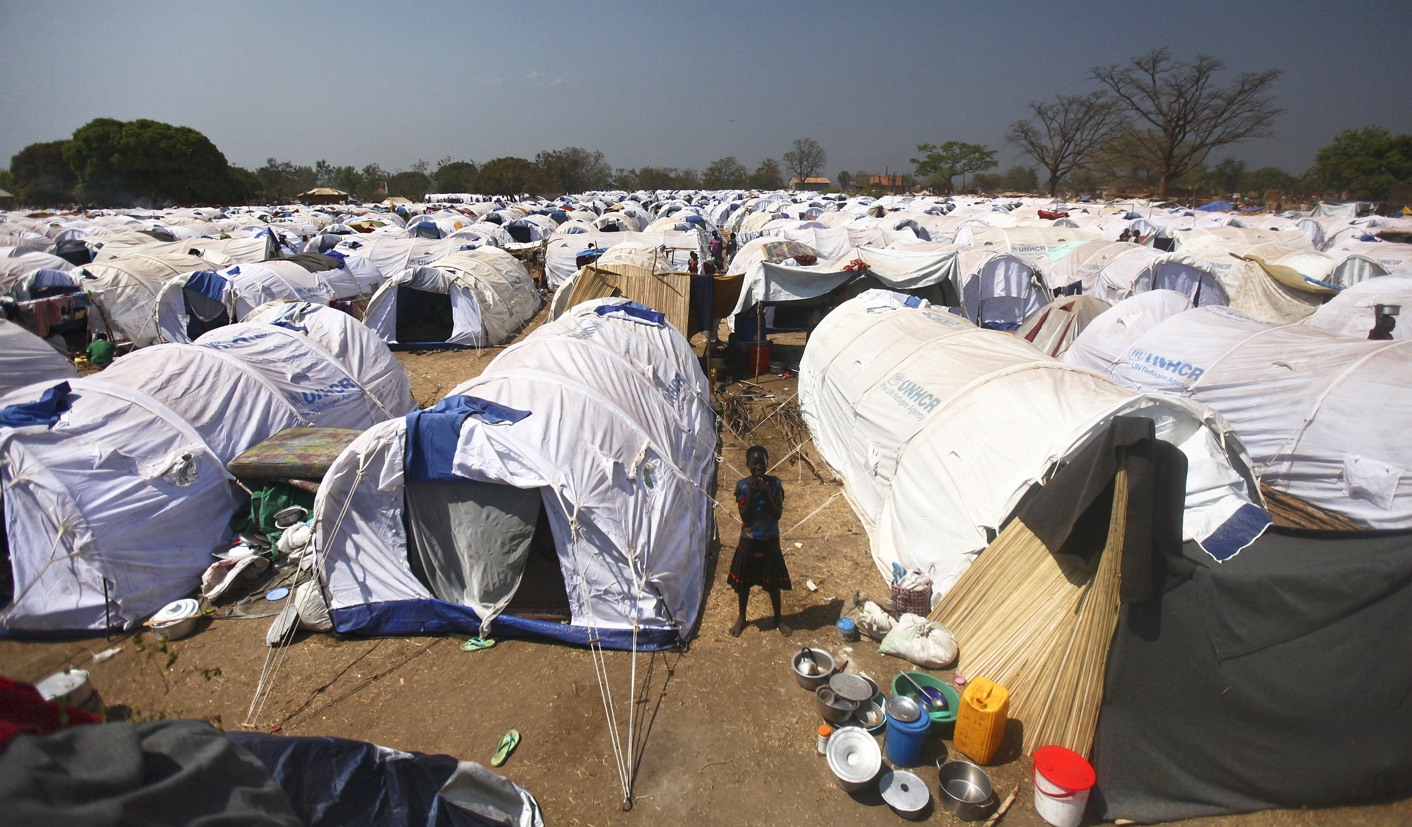 Uganda was the first country to respond as South Sudan threatened to slide into full-blown civil war late last year. Their intervention helped prop up the government, securing a vital market for Ugandan exports in the process. But now their presence is sabotaging peace talks. The rebels, furious with the foreign intervention, want them out. Uganda should listen. By SIMON ALLISON.

One of the golden rules of United Nations peacekeeping missions is that never, not under any circumstances, should the mission include troops from neighbouring countries. The principle is simple: there’s no such thing as a good neighbour in the cut-throat world of international politics. Peacekeepers are not meant to have a stake in the conflict themselves.

It’s not always easy to enforce this rule – especially as self-interested neighbours are sometimes the only forces willing to commit to dangerous assignments. Various (non-UN) African peacekeeping efforts have flaunted the no neighbours rule, and with predictable results.

Think of the thousands of Ethiopian and Kenyan soldiers operating in Somalia, where both countries have very obvious geo-strategic goals of their own (and, having achieved these goals, seem content to consolidate their position rather than push harder for a resolution that works for Somalia as whole).

Or consider Chad’s role in the Central African Republic: Chad has always been a meddlesome neighbour, yet it was trusted to provide the bulk of troops for the military force despatched to the CAR by the Economic Community of Central African States. Sure enough, instead of safeguarding the civilian population, Chad’s soldiers have been implicated in facilitating the rebel victory, and the chaos which followed.

All of which is a round-about way to explain why Uganda’s role in South Sudan is so dangerous.

Uganda and South Sudan go way back, to a time long before South Sudan was a country. Uganda’s financial and military support for the Sudan People’s Liberation Movement/Army (SPLM/A) was a crucial factor in their eventual success. And Uganda paid a heavy price for its involvement: responding to Uganda’s threat, the administration of Sudan’s President Omar al-Bashir quietly supported the brutal rebellion of Joseph Kony’s Lord’s Resistance Army, from which northern Uganda is still trying to recover.

The close relationship has continued post-South Sudan’s independence. The SPLM is now the ruling party in Juba, and Uganda one of its main trading partners. This trade is vital for Uganda, too: in 2012, exports to South Sudan were worth $1.3 billion, overtaking tourism to become Uganda’s leading source of foreign revenue.

Uganda, in other words, has a lucrative asset to protect. And when that asset threatened to implode, it wasted no time in stepping in to protect it.

The troubles began in mid-December, when fighting broke out between rival factions of the elite presidential guard. This escalated swiftly into a near civil war, with forces loyal to President Salva Kiir and the government on the one side and those aligned with former Vice President Riek Machar on the other. Some of the fighting took on ugly ethnic overtones: Nuers were targeted by Dinkas for their perceived support for Machar, and vice-versa.

The fighting, which claimed upwards of 1,000 lives, also precipitated a humanitarian crisis as it forced hundreds of thousands of people out of their homes, and cut off the existing humanitarian networks upon which so many South Sudanese rely.

It was, in short, a disaster for South Sudan – and Uganda could not allow the situation to get any worse. Shortly after fighting broke out, Uganda sent troops over the border in support of President Kiir (exactly how many troops is still unclear; Ugandan officials have only admitted to “a battalion” which could comprise anything between 300-1000 soldiers). This was done under the umbrella of the Inter-Governmental Authority on Development, an East Africa regional grouping (although other IGAD members are starting to have some qualms as Uganda has demanded that IGAD foot the bill for its South Sudan adventure). Subsequently, IGAD has overseen peace talks between the government and the rebels that culminated in a partially-observed ceasefire on 30 January.

For Kiir’s embattled administration, the Ugandan assistance was gratefully received.

“It may be a stretch to say that Uganda’s intervention kept Salva Kiir in power, but it is has proven critical in keeping cities in the government’s hands over the past few weeks,” commented Lesley Anne Warner, Africa analyst at CNA’s Center for Strategic Studies, in comments to the Daily Maverick. In particular, Uganda has helped government forces keep control of the strategically important city of Bor, which changed hands several times in the early days of the crisis.

“Uganda’s interests in South Sudan are tied to its desire to maintain political and economic stability in its neighbourhood, and its historical support for the SPLA, which dates back to the civil war,” explains Warner. “However, aside from Uganda’s longstanding interests, it’s important to call attention to the statements coming from the Ugandan government that have sought to cast their intervention in terms of genocide prevention. This is a very strategic public relations move, as the rhetoric of genocide prevention links their intervention to the commemoration of the 20th anniversary of the Rwandan genocide later this year. Yet at the same time, UPDF actions in South Sudan on the side of the government of South Sudan do not appear to be restricted to civilian protection, which makes the genocide prevention narrative seem contrived.”

The rebels certainly think so. With Uganda frustrating their ambitions, they’ve promised to boycott any further peace talks until Uganda pulls its troops from South Sudan. In a statement, the rebels said they had proof that Uganda is “still actively engaged in combat”.

As far the rebels are concerned, it’s not an unreasonable demand. In South Sudan, Uganda’s soldiers are not peacekeepers, they are combatants, and their presence hopelessly tilts the playing field against the rebels. The rebels want the Ugandans out.

And perhaps they should go. Uganda has achieved its objective of keeping Kiir and power and preventing South Sudan from sliding completely into the abyss; and with the United Nations bumping up its own peacekeeping force to 12,500 soldiers, there should be enough boots on the ground to guarantee the terms of any peace deal. Any further meddling, and Uganda might incite more of the very conflict it came to halt

But Uganda has a poor track record in this department. As the Nicholas Bariyo observed in the Wall Street Journal: “Over the past decade, Kampala has been quick to rush into regional conflicts and not quick to leave. Uganda has dispatched troops to Democratic Republic of Congo, Somalia and other war zones, sometimes irking neighboring nations who see them as aggravating hostilities rather than defusing them.” With no word yet from Ugandan authorities, it looks like the country is set to repeat its mistakes. DM