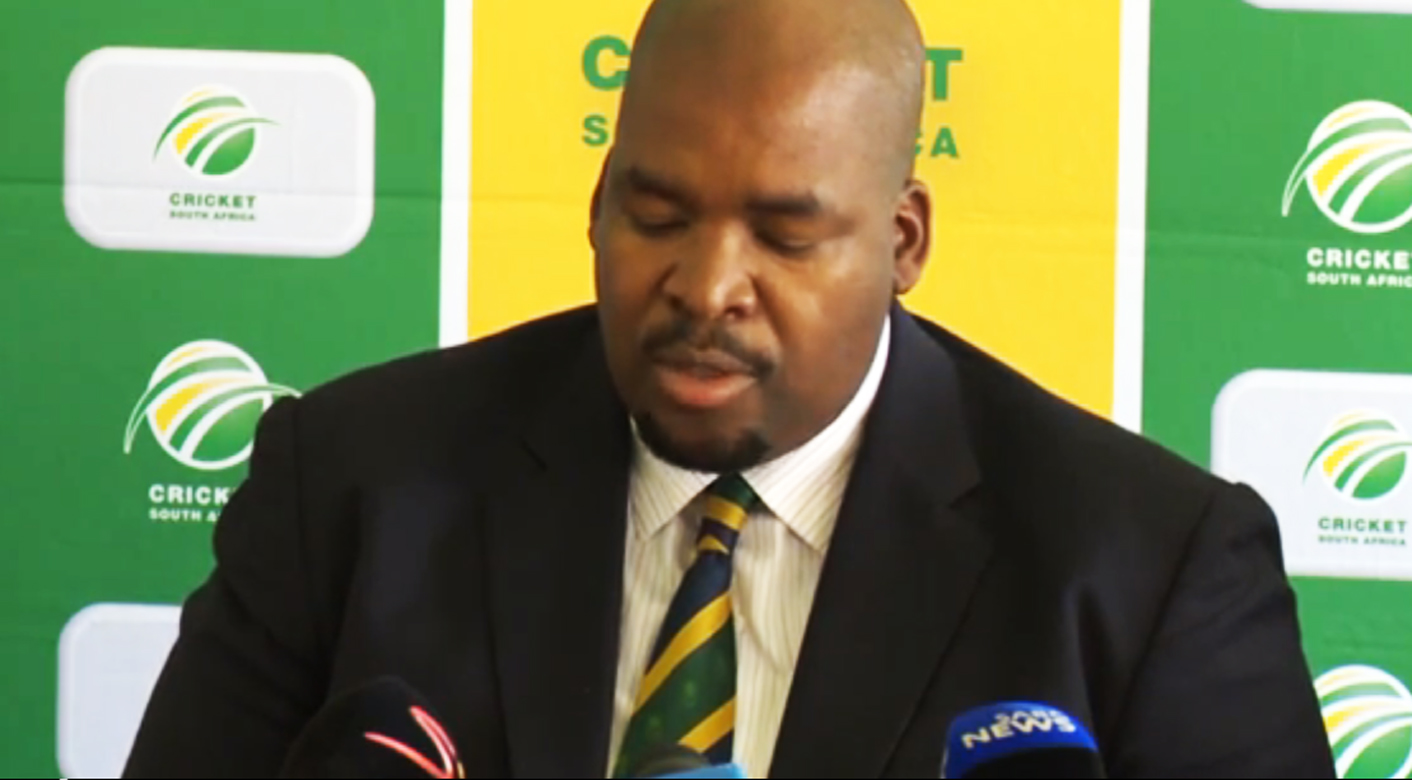 Cricket’s governing landscape has been changed. CSA’s swing voted ensured that a renovated Position Paper was voted through. There are many questions, but not many straight answers. CSA president Chris Nenzani held a press conference on Tuesday to address some burning questions. Here’s what he said. By DAILY MAVERICK STAFF REPORTER.

Cricket’s new world order will begin soon and there is much huffing and puffing from all those who keep a keen eye on the governance of the sport. Below is a transcript of the statement by CSA’s president, Chris Nenzani, who answered some questions related to CSA’s vote.

CSA sent a letter to the ICC president with objections. What changed since that letter was sent?

We sent a letter to the ICC president and had a meeting to discuss what was on the table. The proposal had been restructured in a sense. The letter I sent, before the meeting in Singapore this past Saturday, contained the position that the board had taken subsequent to the revamped proposal. In that letter we made it clear even though we had a certain level of discomfort, we were in a position to support the proposals. We did this while understanding it’s not a perfect world.

What about the objections to the FTP and financial distributions? Did anything change regarding those in the last few days?

Details of those issues are contained in the proposals. There is an agreement within the ICC that even though the FTP has returned to bilateral agreements, the ICC will set certain standards to govern it. As such, later this month, there will be a scheduling summit hosted by the ICC. With regards to the distributions, you‘ll enter into a discussions at a bilateral level and also the originators of the document. That information might not be conclusive, but our major source of income is not necessarily the ICC distribution, but it’s quality FTP programmes.

Have you met with the three major boards to agree to future tours?

I have met with three boards and we have not concluded anything at this stage. But discussions are at an advanced stage to ensure quality opposition. We are in the process of concluding with other nations, too.

You mention the outcome is not ideal, so what are the concerns that remain?

We need to go into details of the contribution costs and how we as a country will score. We need to enter into details, but not in a negative way. We want to know what are the areas in which we can improve and where we have done well. So when we go into the next rights cycle, we can say we deserve more. We also need to make sure the committees are subcommittees of the board and the board must oversee everything. Those committees are recommendation committees and will have to recommend things to the board.

So no deal was struck with any other nations before the agreement was signed?

No deals were struck. We continue to engage everybody. We need to make sure that there is cricket. There were no deals to say that “if you don’t do this, we’ll do that”.

What was the mandate given to you before the vote?

The mandate given to me by the board was: These are the proposals that have been improved since the original proposal. Therefore, as CSA, we approve. However, we give you an open mandate in terms of negotiating on the details of the matters.

Have you been contacted regarding the possibility of hosting the IPL?

All I know is that the IPL governing council is meeting on 13 February. That is all you know. There has been no formal or informal approach to us.

When you say you’ve been negotiating with other boards, has there been any talk of a four Test series with India, etc?

The view is that we want to have more Test matches played against your serious Test playing countries. That is the foundation and premise we move when we negotiate with them. We are on the verge of concluding those agreements. When you negotiate there is a lot that happens. It can change from one hour to the next, but that’s where we are. We want more Test matches.

The perception out there is that the big three have offered something, and that’s why the vote has changed.

These discussion took place even before the revamp was put on the table. For example, last year in London I spoke to Giles Clarke because England are coming here, and even late last year in Australia we had a discussion.

You mentioned you made Sri Lanka and Pakistan aware of your position. They are not happy; what was their reaction?

We did not want them to follow our position. It was more out of respect to tell them this is where we are and we are taking this route. I’ve seen and I’ve read that they said they felt cheated. But if you understand that they did not vote against the proposal, they abstained because they wanted to consult their own stakeholders. I don’t understand why they feel cheated. If they wanted to make a statement in terms of their own interest they could have vote against it, but they did not.

You mention it’s not the ideal outcome, so would it not have been better to try to push for an ideal outcome?

In life there is nothing perfect. You need to take what you get and try to see how best you can engage on the possibilities that exist. As a member of the ICC we need to make sure we can make contributions to shape the content of these resolutions. Even though you feel it is not perfect, perhaps on the journey of possible outcome, you can be faced with opportunities to ensure change.

Were you hasty in your decision, and is there any sort of animosity towards the big three?

We do not feel that we were hasty. As for animosity, we as CSA had a serious level of the discomfort as the proposal was initially presented to us. But there had been fundamental improvements. I don’t think there is animosity, rather a difference of opinion of what has been put on the table. DM