Tango Fire: A show to make a song and dance about

Tango Fire: A show to make a song and dance about 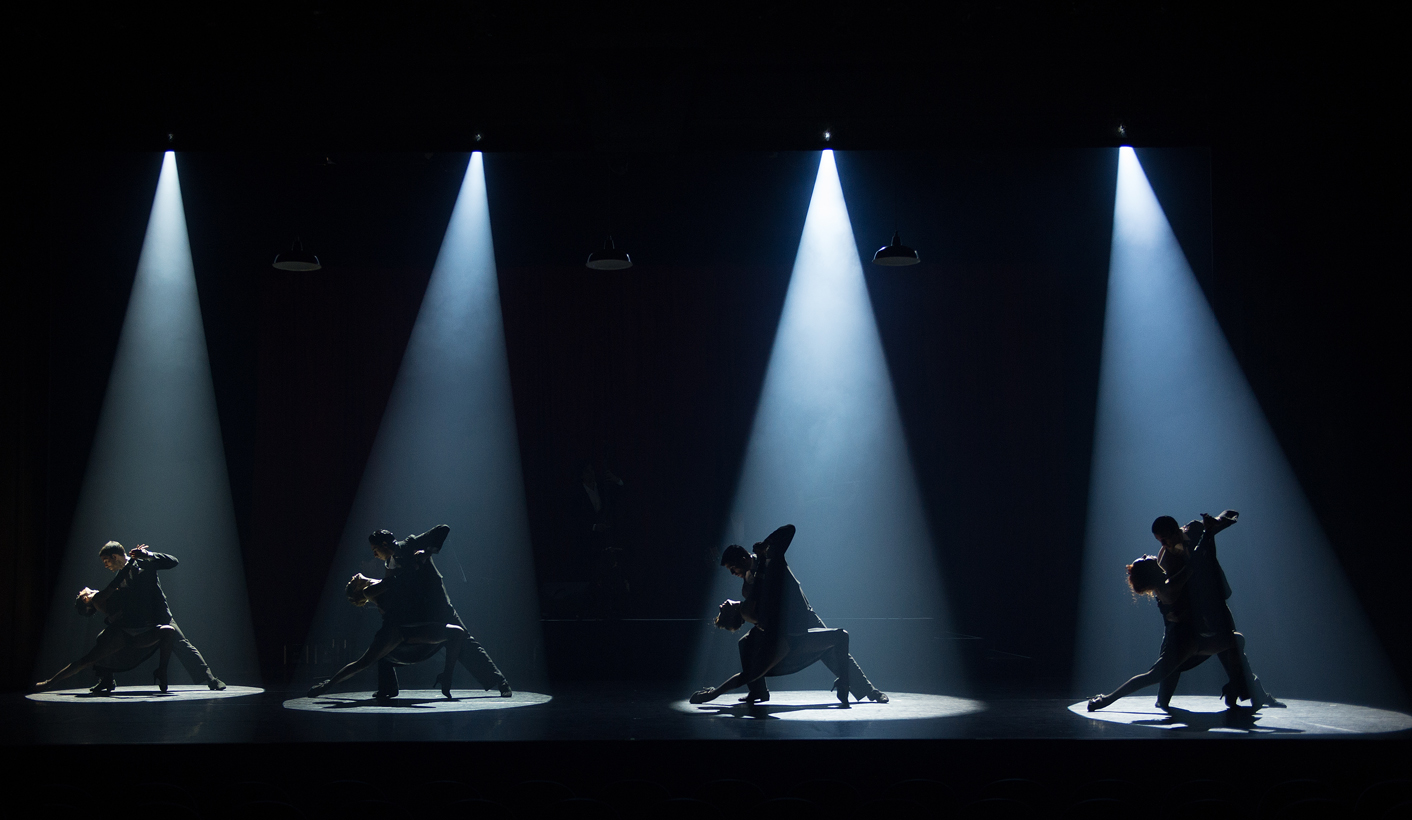 Turns out it actually takes ten to tango. Tango Fire is a visual feast of ten professional Argentinian dancers in a series of displays that sometimes feature one stunning couple or another and sometimes the entire troupe, kicking, swirling, spinning and strutting in dances that range from sorrowful to seductive. By LESLEY STONES.

Watching the Tango Fire dance show at Jo’burg Theatre inevitably made me think about the differences in culture between Argentina and South Africa.

Or between Latin America and the rest of the world in general, really.

Argentina is place where it’s almost a social necessity to dance well, and where men can dance together without anyone denigrating their manhood. The tango is a macho dance of note, a feast of strutting and flamboyance, masterful leg swishes and perfect poise.

It’s a dance of seduction, where the women are as feisty and fiery as the men, not afraid to take the lead or spurn a suitor not considered fit to be their match.

Yet it’s a melancholy dance too, originating from the poorer districts, where life is tough and dance is often a form of escape rather than a celebration. Well, if you were earning Argentinian Pesos, you’d be pretty miserable too.

Those various threads and influences all merge in Tango Fire, which isn’t only the exuberant ra-ra dance spectacular you might expect. At times it’s downright melancholy and moody, with music that my escort deemed fit to be played at a Russian funeral.

Tango Fire is presented by 10 young and flawless Argentinian professionals, in a series of dances that sometimes feature one stunning couple or another and sometimes the entire troupe, kicking, swirling, spinning and strutting in dances that range from sorrowful to seductive.

Sharing the stage is the Quarteto Fuego, a live band with a violin, double bass, piano and a bandoneón, or an accordion to those of us not familiar with this instrument’s proper name.

There’s a singer too, Jesus Hidalgo, also immaculately dressed and with a voice that’s often even more melancholy than the overall mood.

Tango Fire has some less entertaining moments when the musicians play some solo numbers, and at times the show becomes repetitive, since there are only so many ways you can present the same steps in a different combination. Yet the last 10 seconds of each dance are absolutely spectacular.

The dances are choreographed by German Cornejo, who is also the lead performer, along with his partner, Gisela Galeassi. They produce some truly spectacular moves, highlighted by excellent lighting and the atmospheric use of spotlights.

Tango Fire features five couples, and unless you’re close to the front it’s difficult to match up the dancers with the faces in the programme. But it doesn’t really matter, because each couple is almost equally brilliant.

The programme also explains the different steps involved, so you can actually try this at home. Better clear some floor space in the bedroom.