Elementary, dear Watson: one computer’s plan to save Africa 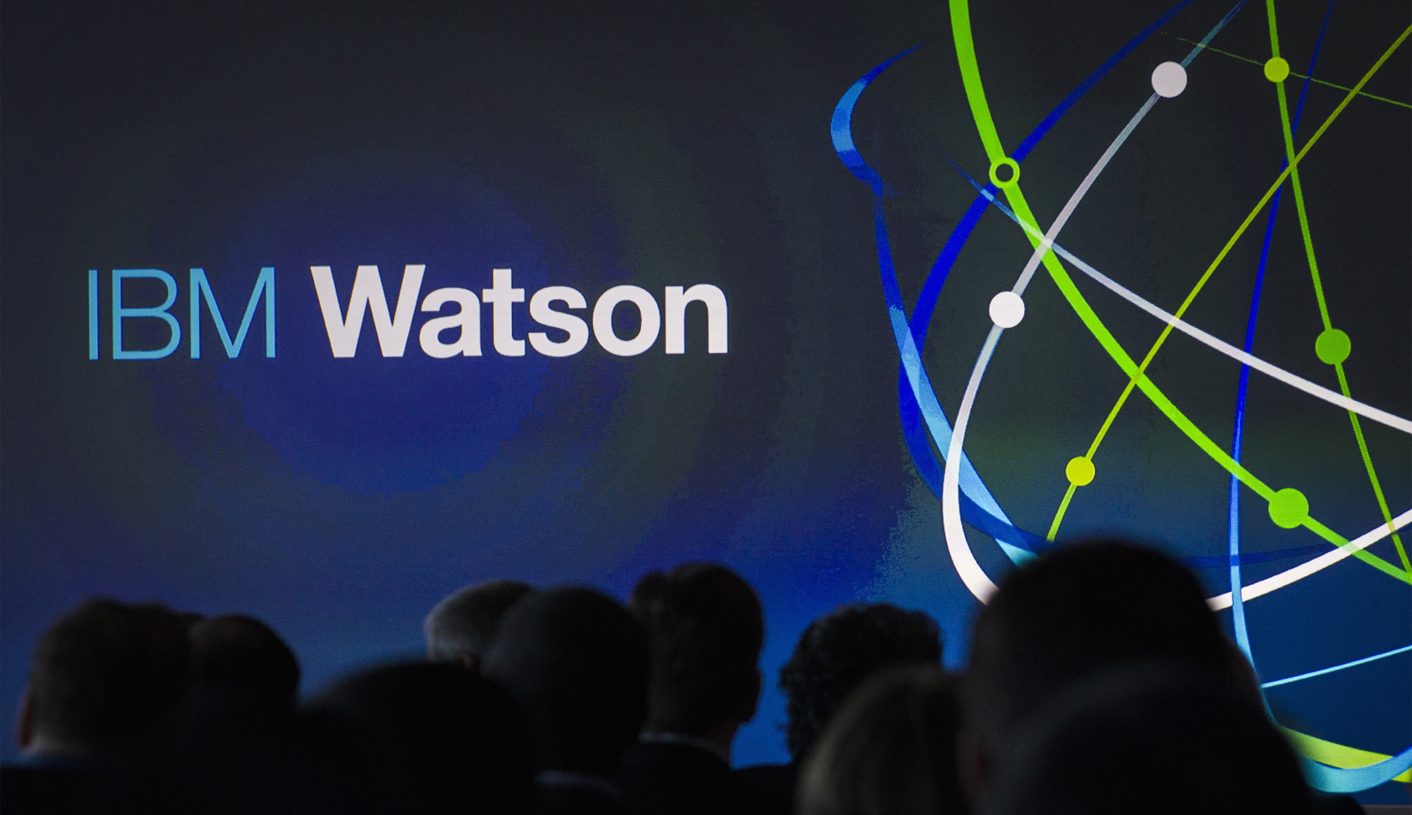 We all knew the machines would take over eventually – we just didn’t realise it would be quite so soon. With Africa needing a “fix”, IBM thinks that its supercomputer Watson has the answer. Will artificial intelligence succeed where humans have failed? By SIMON ALLISON.

Watson is a computer – a supercomputer, to be precise – but he’s got a lot more personality than your average, run-of-the-mill desktop. He’s the pinnacle, so far, of humanity’s development of and interaction with artificial intelligence. Think of him as Siri on a lot of steroids – a vast processing unit that couples advanced data-mining techniques with a unique cognitive ability, allowing it to understand and respond to sophisticated human queries.

Remember this introduction, because if IBM get their way, we Africans will be hearing a lot more from Watson in the future.

IBM has just put $100 million into a ten-year project to bring Watson to (or at least make his intelligence available within) the African continent. “In the last decade, Africa has been a tremendous growth story – yet the continent’s challenges, stemming from population growth, water scarcity, disease, low agricultural yield and other factors are impediments to inclusive economic growth,” said Kamal Bhattacharya, director of IBM Research for Africa. “With the ability to learn from emerging patterns and discover new correlations, Watson’s cognitive capabilities hold enormous potential in Africa – helping it to achieve in the next two decades what today’s developed markets have achieved over two centuries.”

Watson, in other words, is on a civilising mission, following in the illustrious footsteps of the likes of Bono and Bill Gates. Africa’s got problems, and Watson is here to fix them. Yes, that is a touch of hubris from IBM, who seem to think that a machine will succeed where humans have failed. Then again, Watson has done it before.

In 2011, Watson virtually appeared as a contestant on Jeopardy!, a long-running TV series which describes itself as “America’s favourite quiz show”. He took on record-holding Jeopardy! champions Ken Jennings and Brad Rutter in a battle of general knowledge and wits, and won handily.

Watson, of course, was not the first computer to beat humans at their own games – that honour probably belongs to Deep Blue, the machine who shocked the world by defeating grandmaster Garry Kasparov at chess. But Watson’s Jeopardy! win is an achievement of an even higher order.

“Chess kept Deep Blue in the realm of what computers are good at, using statistics and probabilities to determine strategy. Jeopardy!, on the other hand, pushed Watson into an unfamiliar world of human language and unstructured data,” explains Will Grunewald on  Popular Science.

Game shows are one thing; tackling Africa’s health, education, and agriculture challenges is quite another. But IBM is confident that Watson can help, specifically through the supercomputers’ unparalleled ability to uncover insights by analysing vast amounts of data, making connections between various data sets that human beings simply don’t have the brain power to come up with for themselves. Initially, the company envisages that it will help with understanding food price patterns, calculating more accurate GDP figures and generating current poverty statistics (the ones we have now are often woefully outdated).

Of course, Watson still needs some direction, and the plan is that this will come from African researchers and scientists who will be given access to the supercomputer, from IBM’s new research station in Nairobi. This is an encouraging sign that Watson will be made available as a tool for Africans, rather than used to impose yet another set of rules for the continent to follow. Businessmen will also have access to Watson’s systems, which can do everything from improving delivery times for logistics companies (by giving accurate traffic pattern predictions, taking potholes and broken traffic lights into account) to providing advanced cloud-based computer resources in places where technology is a little behind the times.

Whatever Watson comes up with, it won’t solve the fundamental issue at the root of so many of Africa’s problems, for which there are plenty of solutions floating around (I’ve thought of a few myself): poor governance. Without the leadership to implement the supercomputer’s ideas, IBM’s investment in Africa’s development won’t be worth the memory chips it’s written on.

For IBM, however, there’s a consolation prize – or possibly the main objective, a cynic might observe. After declining profits for seven successive quarters, the company is in dire need of a new strategy, and Africa has been identified as the most promising market for growth. The more Africa develops, the bigger that market will be. If Watson can help achieve that goal, then everybody wins. And even if Watson can’t help, IBM won’t object to the barrage of free publicity that its supercomputer has generated on the continent. DM

Photo: Attendees gather at an IBM Watson event in lower Manhattan, New York January 9, 2014. IBM said it will invest more than $1 billion to establish a new business unit for Watson, as the tech giant hopes to get more revenue from the supercomputer system that beat humans on the television quiz show “Jeopardy”. The world’s largest technology service provider said the IBM Watson Group will be headed by Michael Rhodin, who was previously senior vice president of IBM’s software solutions group. REUTERS/Brendan McDermid