Investing in a country that doesn’t exist: Somaliland’s hard sell 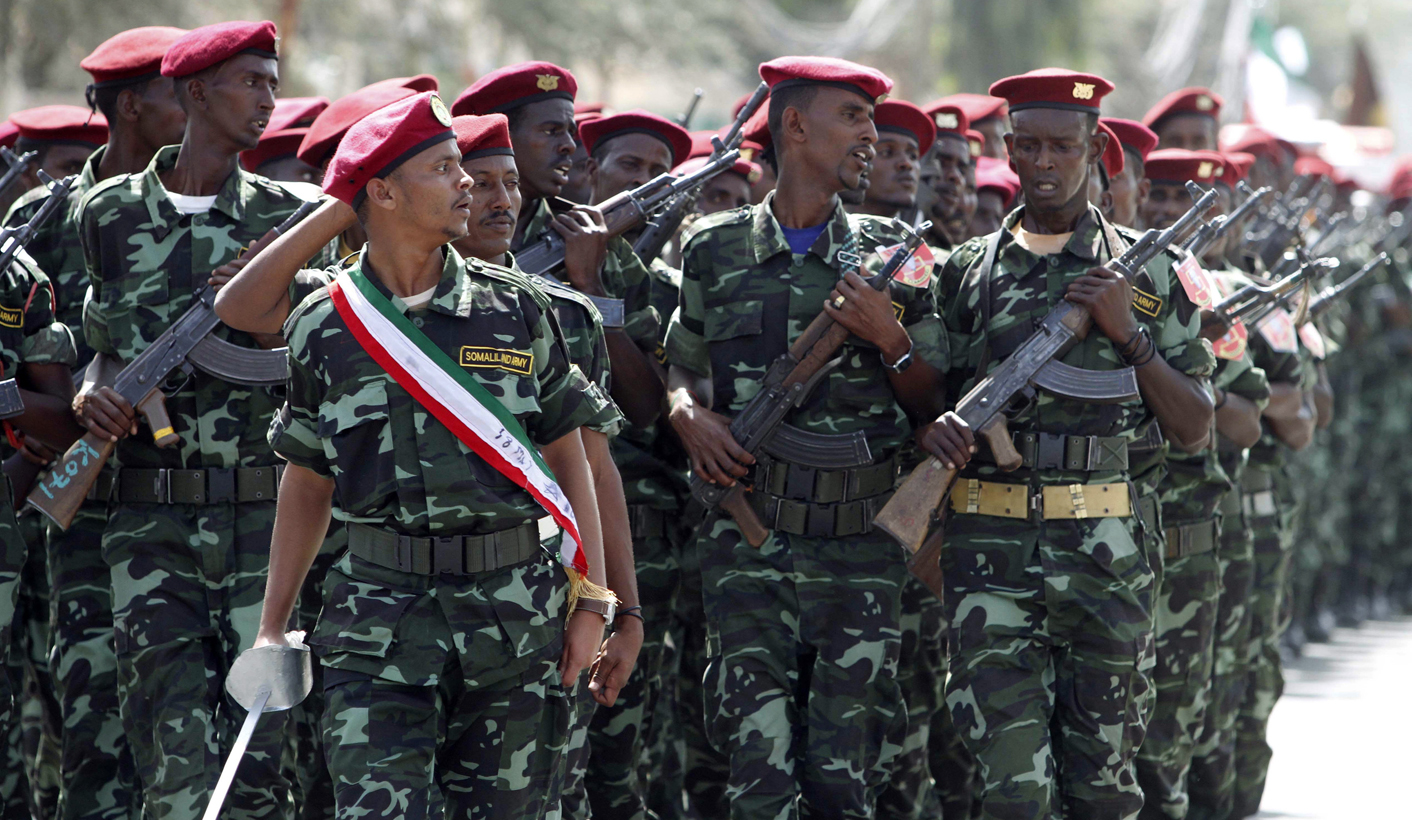 Somaliland, the self-declared republic, is desperate for someone to find vast mineral reserves under its soil. But without international recognition – and the probability of legal battles in the future – it’s a big risk for any company to take. Somaliland too should be careful. Having dodged the aid curse, will it fall victim to the resource curse instead? By SIMON ALLISON.

At the recently concluded Mining Indaba in Cape Town, Somaliland’s energy minister Hussein Abdi Dualeh had possibly the hardest sell of all. It was his job to convince the assembled mining bigwigs that his country was a viable, risk-free environment in which to invest millions and millions of dollars – all on the hope that there might be base and precious metals hidden somewhere under its drab scrubland.

He tried hard. “We have also a unique geographical location,” the minister said in his speech at the conference. “If you have a mineral deposit and if you exploit it, it will be very cheap to take to market…it’s definitely much less costly than a really getting fantastic deposit the middle of continent, which will cost you really huge amount of money to export it…even the small deposit is commercially viable considering the logistics involved in taking the minerals to market.”

It was a good effort, but will it be enough? There are, after all, a few other factors which mitigate against Somaliland becoming Africa’s next mining hotspot.

The biggest problem is that Dualeh’s country is not actually a country. Officially, legally, Somaliland is a territory of the Republic of Somalia. A rogue territory at that, one which refuses to answer to the writ of the central government in Mogadishu. It considers itself independent, and operates accordingly, with all the trappings of sovereignty: the flag, the currency, the national anthem. Dualeh himself is part of Somaliland’s government, which is chosen in free and fair elections every five years (some say Somaliland is the most functional democracy in the Horn of Africa, and there’s substance to this description).

This de facto autonomy is no bad thing: while Somalia proper has been mired in civil war and violence for the last two decades, Somaliland has been stable, secure and relatively prosperous; its self-declared independence a conscious attempt to isolate itself from Somalia’s chaos which, by and large, has worked.

But as Somaliland seeks to develop, this independence – not formally recognised by anyone else in the world – is also holding it back. As miners contemplate entering Somaliland, they have to first ask and answer some tough questions about whether the government in Hargeisa has the authority to grant exploration licenses in the first place; and, once granted, if those will be honoured if and when Mogadishu is in a better position to assert rights of its own.

Already, these problems have crippled Somaliland’s oil sector. For years, oil exploration was dormant as companies fought over ‘legacy contracts’ (those granted in the late 1980s by dictator Siad Barre’s Mogadishu-based regime) and new contracts issued by the Somaliland government. Exploration has now started, but getting to this point was a long and complicated process.

Minister Dualeh claims there are no legacy contracts that could influence the mining sector – but that doesn’t mean there won’t be problems in the future between the two competing centres of power.

Somaliland’s lack of formal independence has also cut it off from another lucrative source of income: aid money. Almost all international aid to Somalia is all channeled through Mogadishu. With the exception of a few minor United Nations programmes, Hargeisa gets nothing.

Not that Hargeisa minds. Dualeh argues that the lack of aid has actually worked in Somaliland’s favour. “That is a blessing in disguise. Aid never developed anything,” he told Reuters’ Ed Stoddard on the sidelines of the conference. “Aid is not a panacea, we’d rather not have it… How many African countries do you know that developed because of a lot of aid? It’s a curse. The ones that get the most aid are the ones with the problems.”

Intrigued by this counter-intuitive position, the Daily Maverick contacted Minister Dualeh and asked him to elaborate. “There wasn’t really any aid opened to us because we weren’t recognised,” Dualeh explained in a telephone interview. “We’re not like Kenya that gets 40% [of its budget from] aid money; tangible aid hasn’t been coming our way because of our political status. Aid comes with strings attached but we don’t have any of that. We don’t owe anything to anyone.”

In practice, Dualeh believes that this leaves Somaliland free to make its own decision, unbeholden to any external backer that might not have the territory’s best interests at heart. “We have our own organic solutions to our problems; we have no outside influence; I think a lot of the good things that have happened to us are because we have found our own solutions.”

As an example, Dualeh cites the original decision to break away from the then-Federation of Somalia in 1991. This, he argues, was Somaliland taking its destiny into its own hands. In Somalia proper, on the other hand, decades of foreign meddling has just made the situation worse. “The difference between us and Somalia is that we sat down under the proverbial big tree and we basically stated our independence and tried to find our own solutions through uniting; we found a solution that has resulted in power right now, with no war or conflict.”

Somaliland may have avoided the aid curse, but as Dualeh seeks to drum up investment in the mining sector he would do well to recall the lessons of other African countries, where the curse of vast mineral wealth has proved just as devastating. Dualeh dismisses these concerns. “The resource curse is just a cliché. We’re not taking it lightly, we are trying to avoid it by making sure that we have good governance and good legal regimes to make sure that everything gets sorted ahead.”

In the Horn of Africa – a part of the world not famed for good governance or tight legal regimes – this might just be the one thing that Somaliland has going for it.  DM

Photo: Somaliland troops march past during a parade to mark the 22nd anniversary of Somaliland’s self-declared independence from the larger Somalia, in Hargeisa May 18, 2013. REUTERS/Feisal Omar.