Cricket: Kevin Pietersen goes out with a whimper 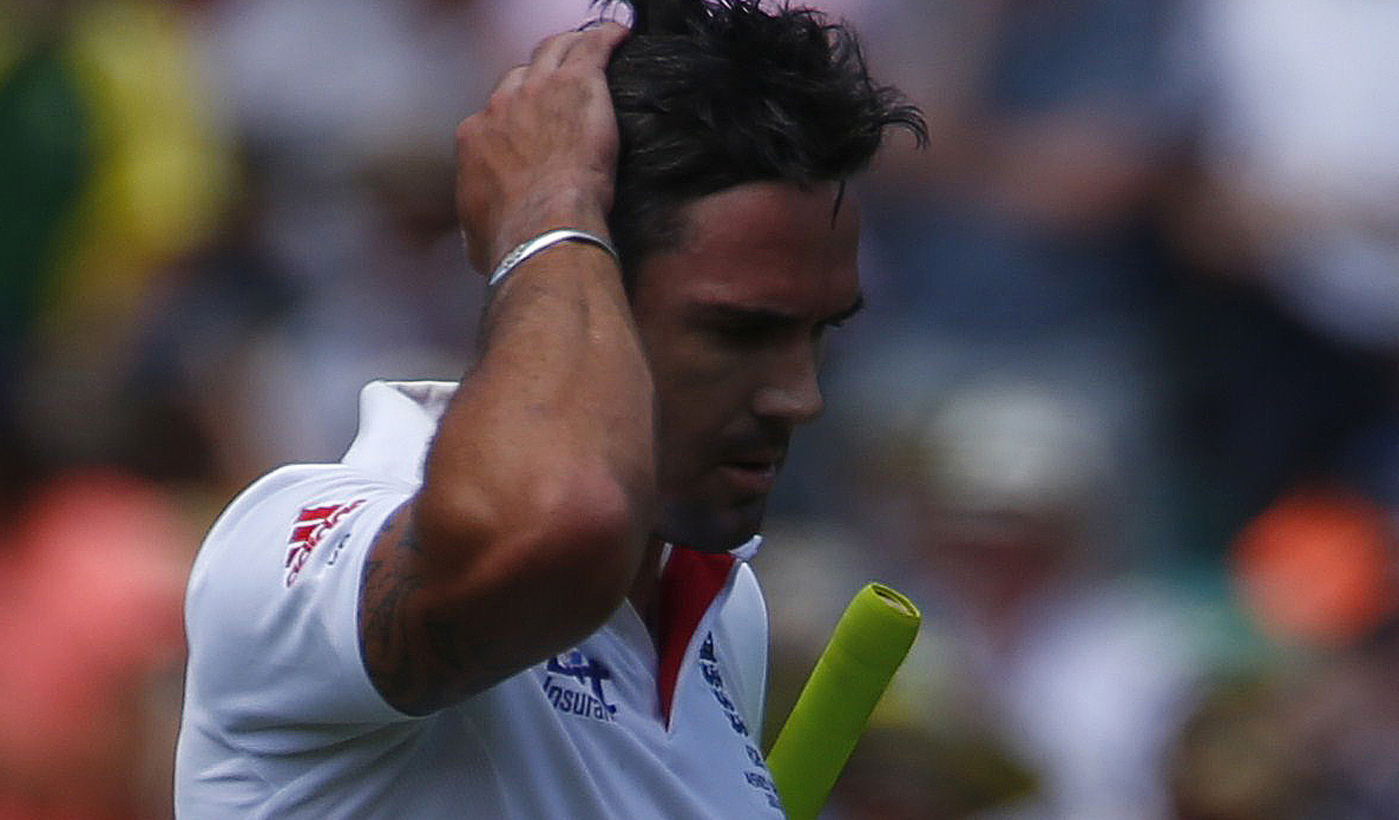 The international career of Kevin Pietersen, the most talented and flamboyant England batsman of his generation, ended in untypically quiet fashion on Tuesday. By Ed Osmond.

The 33-year-old South African-born right-hander was left out of the one-day party to tour West Indies this month as England look to rebuild following their recent ignominious Ashes defeat.

Coach Andy Flower quit after the calamitous tour of Australia and the axing of Pietersen signalled another bold move to begin a new era for English cricket.

Pietersen scored 8,181 runs in 104 tests, including 23 centuries, and over 4,000 runs in one-day internationals but he always divided opinion, a brilliant stroke-maker who never appeared to fit comfortably into the team environment.

“There’s only certain players that you can fear and they’re the Pietersens, the (Brian) Laras and Viv Richards,” former Australian batsman Damien Martyn said before last year’s Ashes series in England.

“In Pietersen you can sense he can win a game in a session – he’s dangerous.”

Dangerous, but supremely unpredictable, and always an outsider when it came to the team ethic England tried so hard to foster and which took them to the top of the world rankings from 2011-12.

From the regular twitchy starts to his innings to careless dismissals and allegations of intolerance towards less experienced team mates, Pietersen always courted controversy but his ability was rarely questioned.

“He is a big physical presence and a big personality, and those people influence sporting contests,” Flower said last year.

He frequently dazzled crowds and opponents with his flamboyant strokeplay, such as the swashbuckling 158 at the Oval in 2005 that helped secure the Ashes.

Pietersen was appointed England captain in 2008 before quitting five months later following the breakdown of his relationship with coach Peter Moores, who was sacked.

The advent of social media only served to bring examples of Pietersen’s impetuous nature to the notice of a wider audience.

In 2010, he was fined for a foul-mouthed outburst on Twitter after being left out of the England squad for a series against Pakistan and was punished again in 2012 for using the social media site to criticise a pundit.

He was also dropped for the final test against South Africa at Lord’s in 2012 after sending provocative texts to opposing players.

Pietersen underwent a reintegration process and committed to playing for England in all three forms of the game before being allowed back into the national fold.

He made his comeback in India and, in characteristic fashion, reminded England what they had been missing by blasting 186 in his second test back.

“When Kevin’s got a point to prove he usually proves it with the bat,” his former England team mate Andrew Flintoff said.

Aside from his many external conflicts, Pietersen appeared to be battling an internal one.

“I’m very much an introverted person. I like my own company, my own family. I don’t really go out much,” Pietersen said.

“I think the confidence has grown from what I’ve achieved on the cricket field but I’m not as confident as anybody thinks.”

Born in Natal in 1980 to a South African father and English mother, Pietersen began his cricket career as an off-spinner.

He first came to England’s notice in 1999 when he made 61 not out, batting at nine, and took four wickets for KwaZulu-Natal against Nasser Hussain’s side in a tour match.

Frustrated at South Africa’s racial quota system, Pietersen left for England and ended up at Nottinghamshire in 2001 where he averaged almost 60 with the bat in his first season.

He became eligible for England in 2004 and made his debut in a one-day series in Zimbabwe, announcing his international arrival with a man-of-the-match 77 in the second ODI before going on to make three centuries against the country of his birth in 2005.

His England career was studded with highlights but in 2013 he failed to sparkle.

One century in the victorious home Ashes series was a modest return and he failed to reach three figures in the humiliating 5-0 defeat in Australia, giving his wicket away with rash strokes on several occasions.

“Although I am obviously very sad the incredible journey has come to an end, I’m also hugely proud of what we, as a team, have achieved over the past nine years,” Pietersen said in a statement.

“I feel extremely fortunate to have played at a time of great success for England cricket alongside some of the best cricketers the country has ever produced.

“I believe I have a great deal still to give as a cricketer. I will continue to play but deeply regret that it won’t be for England.”

With English cricket at a low ebb, the end of Pietersen’s career will divide opinion again.

Sad, but probably the right decision for the future of the England cricket team. DM

Photo: England’s Kevin Pietersen reacts as he walks off the field after he caught out by Australia’s Shane Watson during the second day of the fifth Ashes cricket test at the Sydney cricket ground January 4, 2014. REUTERS/David Gray