Intent, opportunity and focus: Buzzwords for the Austra...

Intent, opportunity and focus: Buzzwords for the Australia series 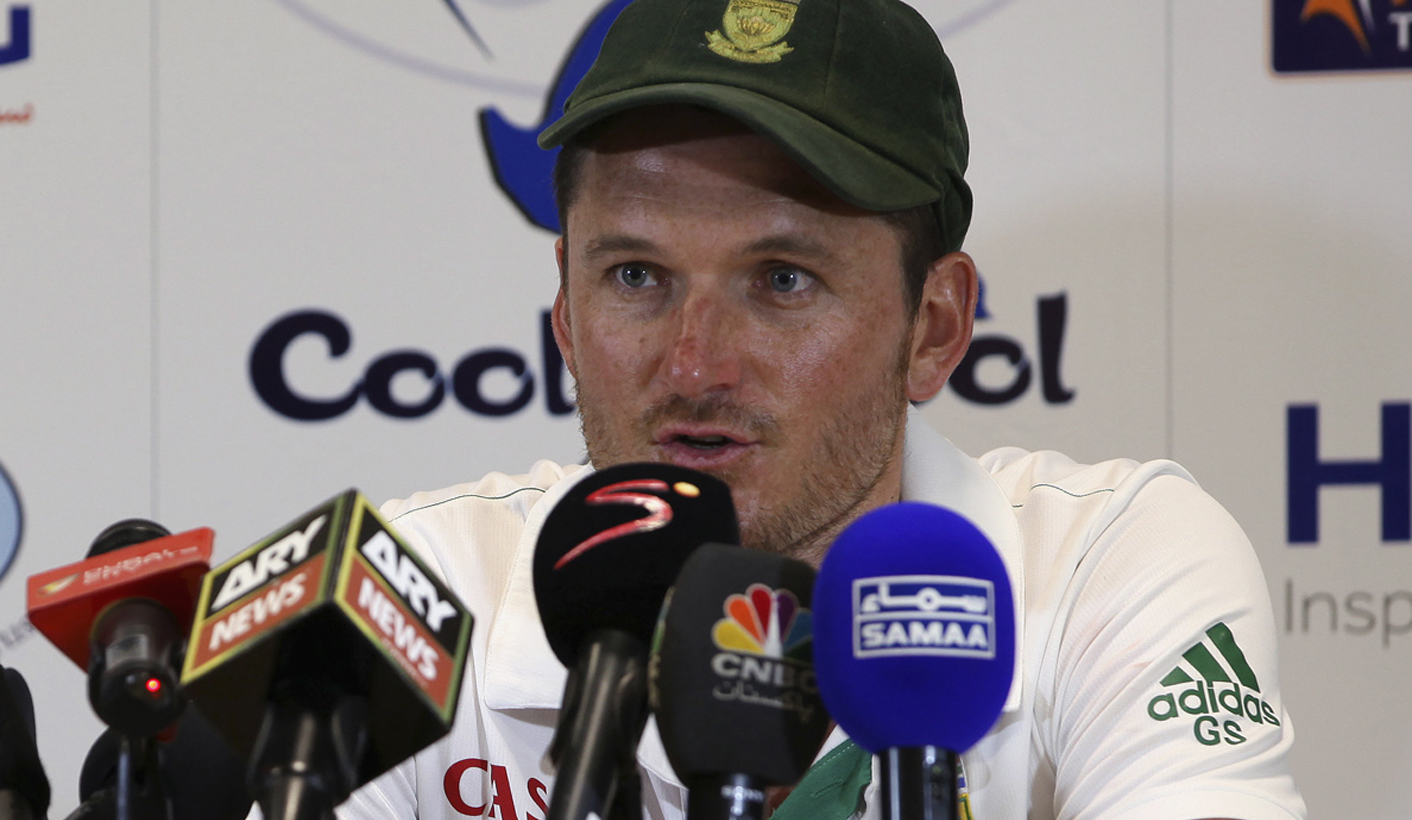 Preparation for a three-match Test series against Australia, and life after Jacques Kallis, will begin with a three-day warm-up game for the Proteas on Tuesday. The side has assembled a whole nine days prior to commencement of the series in order to ensure they are as prepared as they can be when the battle begins at Centurion next week. By ANTOINETTE MULLER.

Get ready to hear the words in the title of this story a lot over the coming weeks. Intent to win and prepare as well as they can and opportunity for whoever might step into the side as South Africa begin their post-Jacques Kallis era. The squad assembled on Monday to begin preparations for the three-match series against Australia and Graeme Smith spoke to the media for the first time.

With over a week left to go, South Africa are clearly making sure they’re not taken by surprise when the first Test begins. Smith admitted as much in his press conference, saying that if the side had assembled three days before kick-off, they would have probably found themselves undercooked. The Proteas will play a three-day practice game at the Wanderers in Johannesburg against a Composite XI which will consist of four Proteas players and seven additional players. Those players are Temba Bavuma, Quinton De Kock, Simon Harmer, Beuran Hendrickjs, Reeza Hendricks, Rilee Rossouw and Stiaan van Zyl.

The idea is to give everyone in the Proteas set-up some game time ahead of the Test and create a strong and competitive challenge ahead of the first Test. Australia, meanwhile, have already been dealt a blow in their preparations with torrential rain forcing the abandonment of their warm-up match before the toss even happened.

The eleven players picked for the warm-up are unlikely to resemble the exact same team as the one which will play in the first Test, but getting some time out the in the middle is the key motivation.

With two frothing bowling attacks, batting is not something which has been discussed much in the lead-up to the series. Aussie skipper Michael Clarke mentioned that the batsmen will really come under pressure because conditions in South Africa can be tough. Smith agreed and believes that pitches in Australia are far easier to score runs on.

The Aussie batting line-up is fragile and although they hammered England 5-0, the Australian batting hasn’t been convincing for a long time. During the Ashes Down Under Australia passed the 400-run mark twice in five Tests and only got beyond 300 five times. Against a tired and distinctly average bowling line-up, those scores aren’t exactly bringing the ‘wow’ factor. It’s also not too long ago that Australia were thumped by an average English side and swatted around in India.

With a far more fearsome line-up coupled with decks that bounce unevenly, the Australian side will face a much tougher challenge on these shores. Add to that the fact that the number three and six position has not been decided yet and there is a dark cloud of unease hovering over Australia.

Despite their obvious weaknesses, though, the Aussie camp have been banging the drum of positivity when it comes to their bowling. Michael Clarke has repeated time and time again that he believes Australia have the best bowling line-up in the world. It’s the kind of thing which certainly gets under the South African public’s skin and something which riled the team when they toured England in 2012. David Saker, the English bowling coach, made similar comments about James Anderson compared to Dale Steyn, but this kind of petty back and forth is something the South African team tends not to get involved in.

It does provide a little bit of extra motivation, though, although Smith knows it’s all part of the hype that comes with playing Australia.

“I think motivation, definitely. When you play against Australia enough, you learn to sift through…what’s the word…the bull, dot, dot, dot. I think one of our best assets has been to focus on ourselves and get ourselves ready. The internal strength is important we don’t feel the need to get caught up in all that stuff. We know this series will be decided by the cricket played over the 15 days and that’s our focus,” said Smith.

Away from the field, South Africa and Australia face different challenges. The ICC Coup still hangs over everyone’s head at the moment and nobody is more familiar with off-field sagas than the Proteas. Smith, though, insists that because of so many distractions in the past, the team is more than used to shifting focus to what matters.

“Our motivation in doing well is always very high. There’s so much that’s happening around the stuff that we just have to focus on the field. We’re unfortunate as a team that we’ve had to deal with a lot of issues outside of our playing camp. We’ve found ways to make sure we can be successful without being impacted by those things.

“We have to trust the administrators to make decisions in the best interest of the game. Away from that, though, we want to prove that we are the number one team in the world and we want to prove we deserve to be there,” the captain said. DM