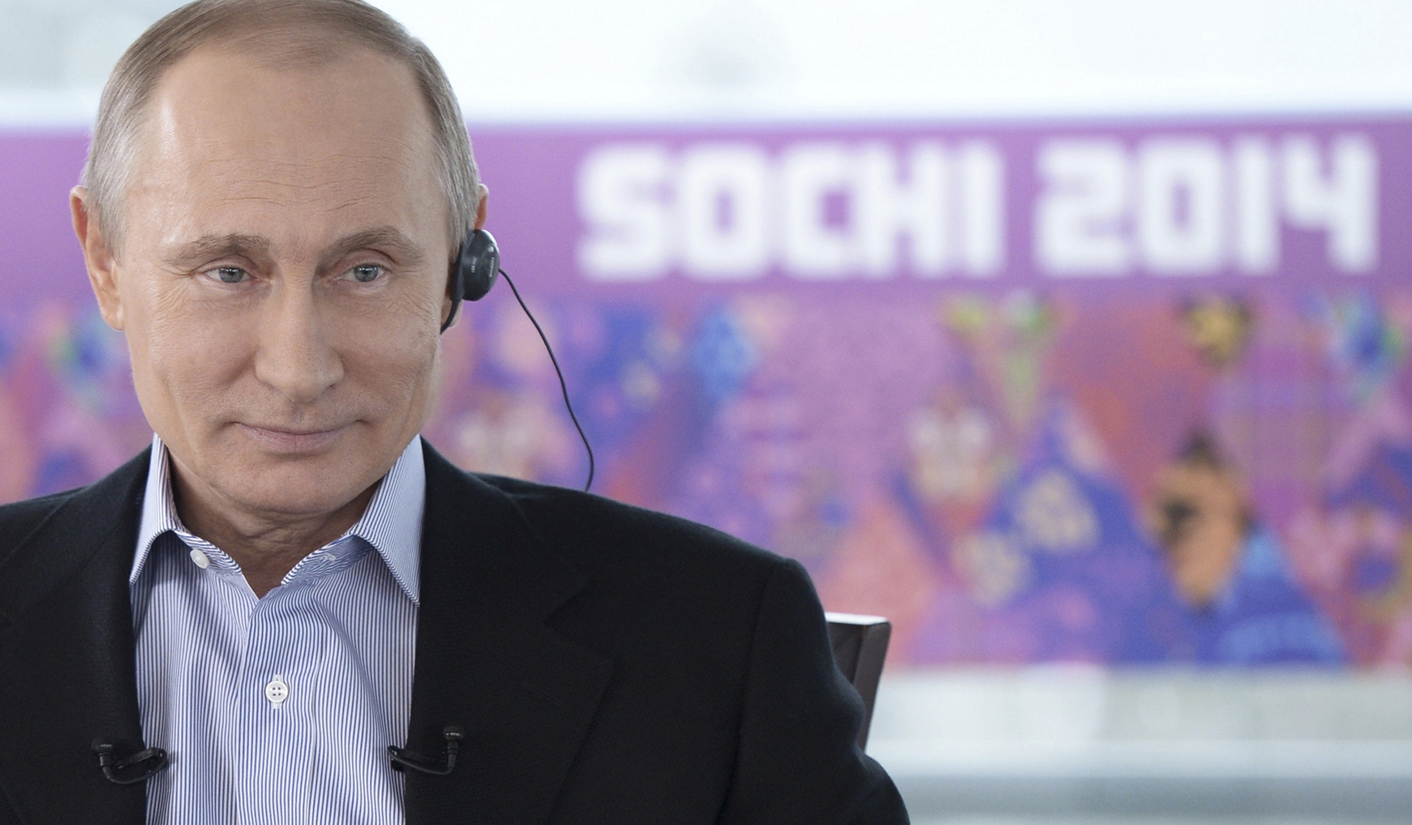 A Russian campaigner who says Olympic construction work has damaged the environment was detained on Monday in what rights groups say is growing harassment of civil rights activists before the Games. By REUTERS.

President Vladimir Putin has staked his political and personal prestige on the Winter Olympics, which open in the Black Sea resort of Sochi on Friday, and any sign of a clampdown on opponents could damage those efforts.

Yevgeny Vitishko was taken in for questioning by police on suspicion of theft in the town of Suapse near Sochi, the watchdog Ecological Watch on the North Caucasus said.

His lawyer Alexander Popkov was quoted by the Caucasian Knot, a group that defends human rights, as saying Vitishko had been detained after seeking permission from local authorities to leave Suapse. Amnesty International said he had been held for swearing in public and could face up to 15 days in jail.

“Vitishko and his friends have been trying to expose environmental violations during the preparation of the Sochi Olympics. For this they are being punished.”

Vitishko was thought to be planning to present a report on the environment in Sochi. He is not allowed to travel while a court considers his appeal against a three-year prison sentence for writing “thief” on a fence around the residence of the pro-Kremlin regional governor Alexander Tkachyov.

Russian authorities could not immediately be reached for comment but the Kremlin denies using the courts for political purposes, says there are no political prisoners in Russia and has denied cracking down on opponents.

Putin wants the Games to show how far Russia has come since the Soviet Union collapsed in 1991 but the preparations have been marred by concern abroad over the state of civil society, human rights and democracy in his third term as president.

Monday’s incident followed complaints by two rights activists, Semyon Simonov and Nikolai Levshits, that they have been barred from attending the Games after criticising the Russian authorities.

The New York-based Human Rights Watch has also accused the authorities of “abuses against Sochi residents” and local people have complained of damage to the environment and soil erosion which they blame on Olympic construction work.

Human Rights Watch says Vitishko was sentenced “to silence him so that he does not raise questions important for environmental protection and linked to the Olympics”.

Russia’s parliament announced at the end of last year an amnesty for thousands of prisoners, including the Pussy Riot protest group. Putin also pardoned one of his biggest critics, former oil tycoon Mikhail Khodorkovsky.

Opposition leaders and rights groups say the moves are cosmetic and intended only to improve Putin’s image in the run-up to the Games.

“The concern is what will happen to civil society after the closure of the Olympics, after the international focus moves away,” Krivosheev said. DM