Cyril in South Sudan: The grooming of an African statesman 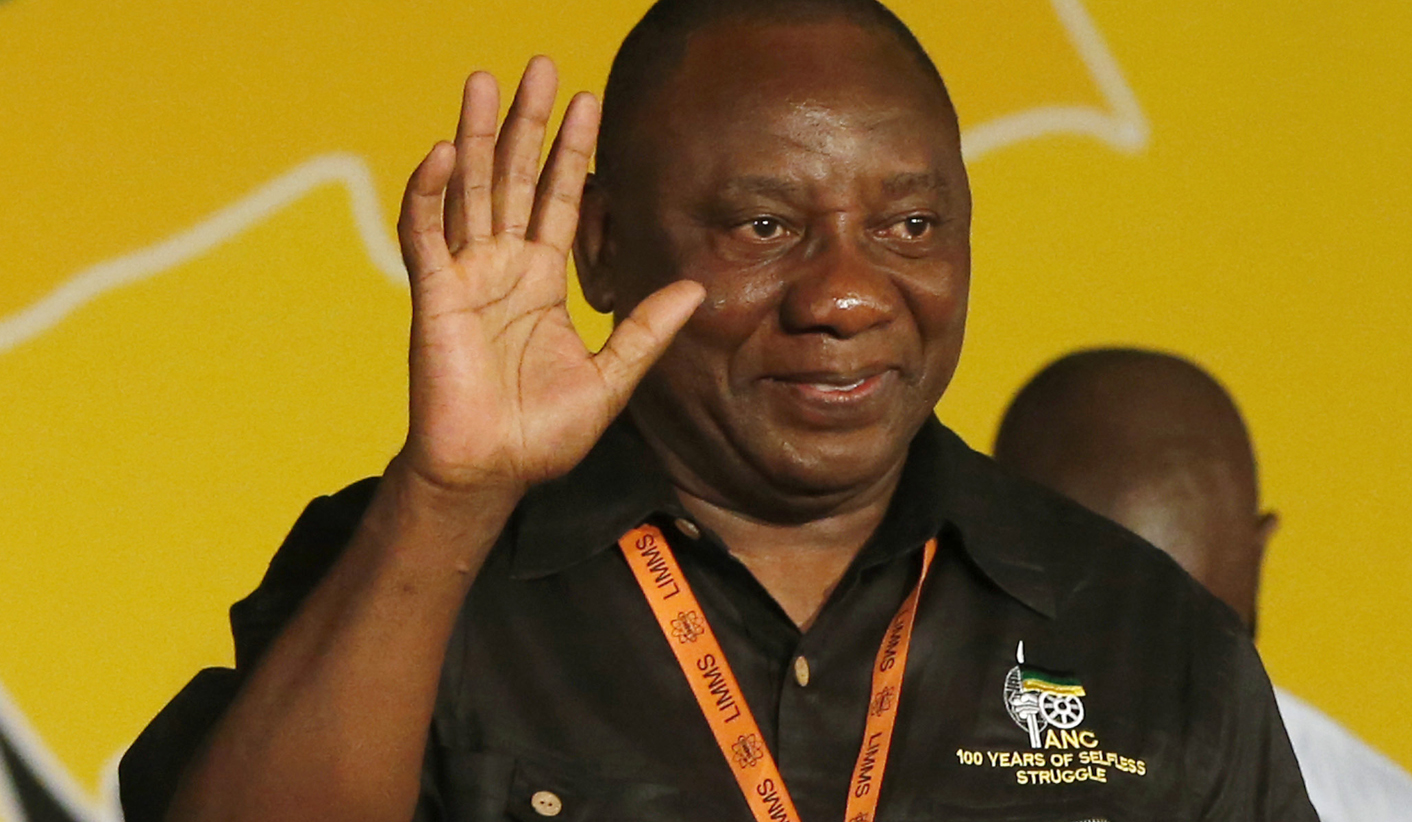 Out of the goodness of its big heart, the ANC is sending Cyril Ramaphosa to fix the mess that South Sudan has got itself into. The party’s deputy president has a decent track record of negotiating his way out of tricky situations, even if he is a bit late to the party on this one. In the process, though, he’ll also give Thabo Mbeki a bloody nose and polish his minimal credentials as an international statesman and future president. By SIMON ALLISON.

On the sidelines of the African Union summit in Addis Ababa this weekend, news broke that ANC deputy president Cyril Ramaphosa would be undertaking the delicate task of mediating between the warring factions in South Sudan.

It was an unexpected announcement.

For one thing, Ramaphosa’s appointment did not come from South Africa’s international relations department, the usual avenue though which South Africa meddles in the affairs of foreign countries. On Monday, Dirco spokesman Clayson Monyela told the Daily Maverick that he knew nothing about Ramaphosa’s proposed mediation, and that it is definitely not a Dirco initiative.

For another, there’s already plenty of mediation in South Sudan. Ramaphosa’s a little late to the party on this one. In fact, the two sides – the government headed by President Salva Kiir, and the rebels led by Riek Machar, his former deputy – signed a ceasefire agreement in Addis Ababa on January 23. Since then, fighting has simmered down, although it certainly hasn’t stopped completely, and there are still plenty of difference that the two factions need to resolve. It’s unclear, though, why Ramaphosa is needed to replace or supplement the existing mediation team from the Intergovernmental Authority on Development.

Finally, Ramaphosa himself has little track record on the continent – at least in the conference halls and State Houses that serve as backdrops for continental diplomacy (he may be more familiar with Africa’s corporate boardrooms, but South Sudan’s near non-existent economy doesn’t have many of those). If South Africa and the ANC are determined to get involved, there are more obvious candidates that spring to mind: former president Thabo Mbeki perhaps, who knows both Sudans inside out and has a track record of diplomacy there (more on Mbeki later); maybe deputy international relations minister Marius Fransman, who has just overseen the SADC-sponsored rehabilitation of Madagascar; or even President Jacob Zuma himself, who is often credited with successfully bringing Burundi out of civil war.

Still, Ramaphosa does have one thing going in his favour. He’s done this before, at home. In the early 1990s, as apartheid’s carefully-constructed edifices began to crumble, Ramaphosa led the ANC team that negotiated the transition to multi-party democracy in South Africa. These were extraordinarily tense, highly-charged talks. At times, failure seemed more likely than success. That they succeeded at all was “a miracle”, Ramaphosa said recently. But at least he knows how the miracle happened – and how it might be replicated.

He also has a gift for talking people, even enemies, around to his point of view. Max du Preez’s account of Ramaphosa addressing the leadership of a big white corporation in the late 1980s is typical: “Ramaphosa was warm, smiling and witty. I observed him roping in the “minority white capitalists” one by one with his charm and logic; and, by the end of his speech, he had them all eating out of his hand. They simply loved him, despite the fact that he had screwed them over many times as negotiator for the National Union of Mineworkers and despite him warning of the disaster facing them if apartheid wasn’t ended quickly and power handed over to the majority. It was a masterful performance.”

While his personal attributes might make him well-suited to mediation, there are likely to be other, more pragmatic reasons why he’s been dispatched to South Sudan. Most significant is his political trajectory, which should see him succeed Jacob Zuma as South African president in 2019. Ramaphosa already has a proven track record as a businessman and politician, but, as yet, he is no statesman. Success in South Sudan would solve this problem, giving him huge credibility on the African and international stage, which should make him a more effective president.

There’s also the gratifying side benefit (at least as far as the current ANC leadership are concerned) of snubbing Thabo Mbeki in an arena where he enjoys wide respect. As head of the African Union High-Level Implementation Panel for Sudan, Mbeki has been actively brokering agreements between Sudan and South Sudan since 2009. He knows all the history, and the major players, and they know him. But he was not the ANC’s pick for this difficult mission. Instead, Zuma is sending his own man, in the process riding roughshod over Mbeki’s expertise. Although Mbeki’s spokesman Mukoni Ratshitanga was at pains to point out that Mbeki’s mandate comes from the African Union, and that Ramaphosa’s proposed role would not overlap with that of the former president, it’s hard to imagine that the famously sensitive Mbeki will not take this as a deliberate provocation.

The real question, though, is what does all this mean for South Sudan? With an undefined role, and little expertise in the area, it’s unlikely that Ramaphosa will be able to make miracles happen in South Sudan. Still, it’s worth a try. DM